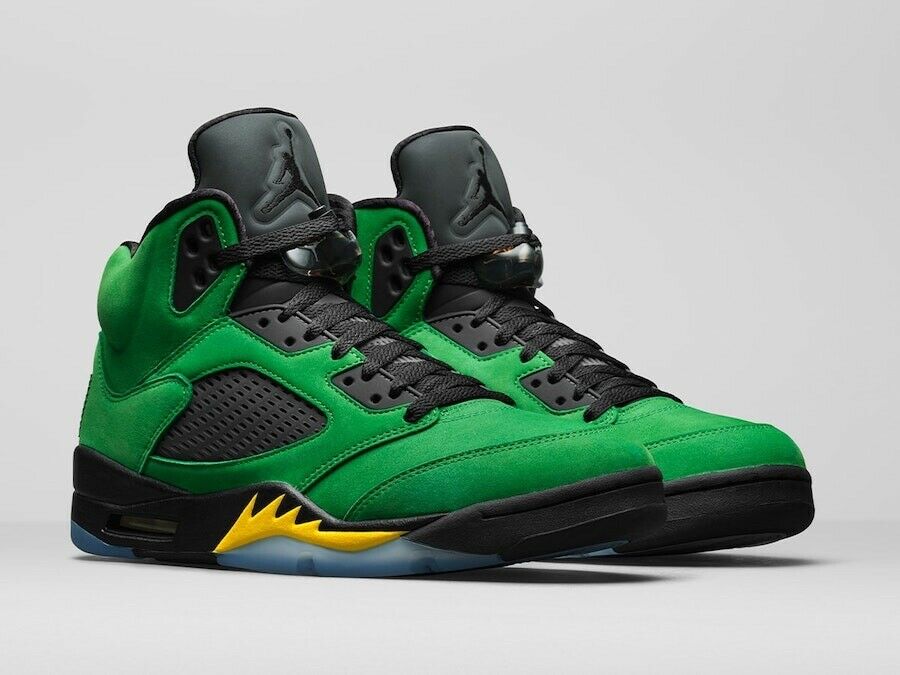 Today we’ll talk about the possible number of pairs of the Air Jordan 5 Oregon made. You can actually purchase the sneaker now, refer to the link below

Let’s quickly take a list  of the number of stockists that will be allocated an inventory beside Nike. First let’s recall that last year when the Jordan 5 Michigan dropped, it was believed that Nike only made about 64,000 pairs, so let’s quick this number in mind as we build our assumptions.

Major Retailers: Nike and the only Footlocker’s family member getting the shoe is Footaction, – available in stores and online. Finishline, JD Sports, Hibbett

Most FTL, FTA and Champs physical stores are operating on the raffle basis so  that gives us an idea of the kind of inventory we can expect, not too many pairs. We’ll also add the  following assumptions:

Since we assumed that this number represented ⅓ of the total inventory, the

Since this shoe will be released worldwide I’ll stretch that number and assume the global production will fall within the 96,000 < Total pairs made < 200,000.

Resale Value of The Jordan 5 Oregon 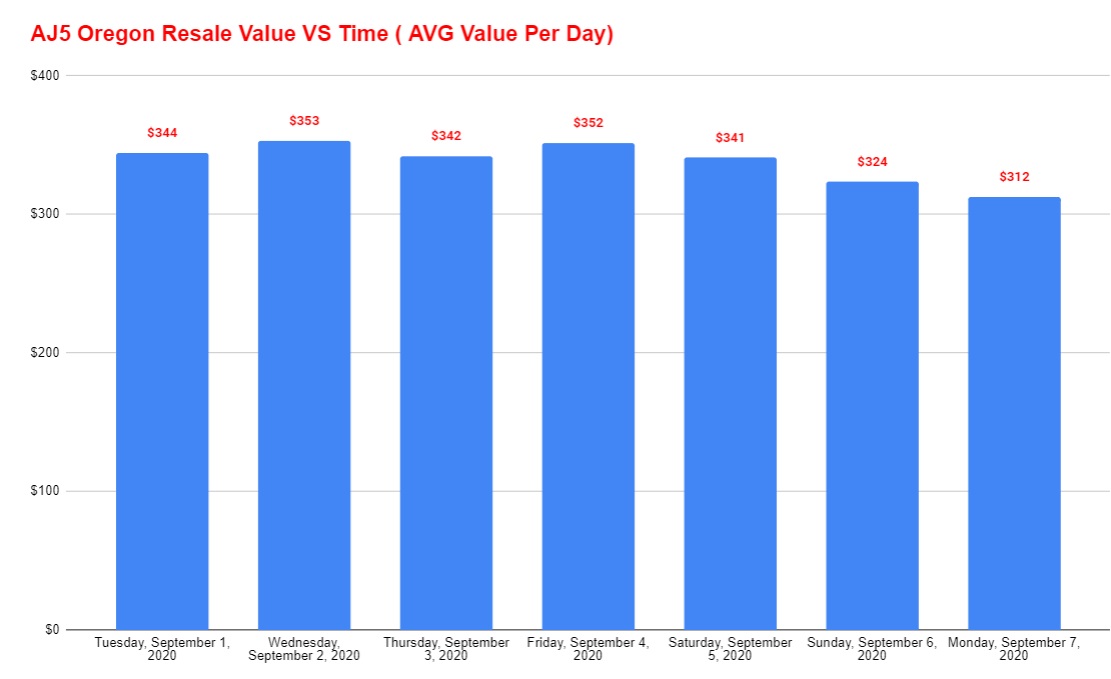 The chart above gives you a breakdown of the average resale value per day since September the 1st. You can clearly see that the average resale value of the  shoe has slowly decreased, it went from $344 to $312 today within 5 days, it lost about $6 a day but there is nothing alarming about this trend. There were also days in between those five days where the value went up ,down and back up again. It’s only in the last couple of days that it has been trending down consecutively. I’m assuming that it might lose about 5% to 10% of its current value by the time it releases officially. So we can expect the Jordan 5 Oregon to have a resale value within the $275< Resale Value < $300

Folks can expect their profit margins to fall within the $15 < profit < $34. So I’ll let you go ahead and decide whether this is a great investment or not.

Now let’s take a look at the most lucrative sizes 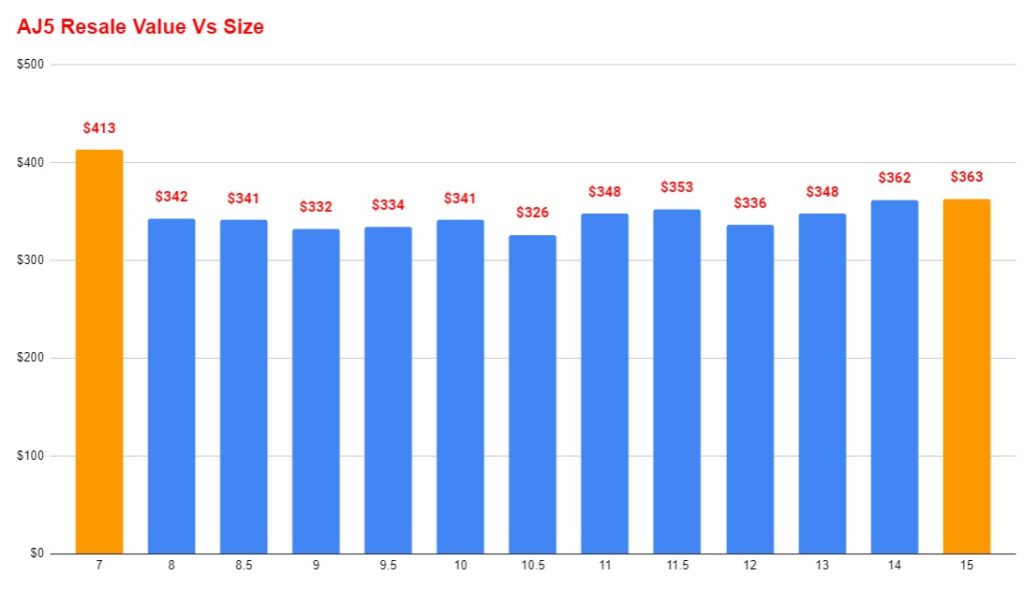 sizes 7 and 15 recorded the highest returns, and that’s because these sizes are hard to come by. Most sizes have a current resale value within the ( $320-$360) range but as explained earlier, we can expect this value to drop by 5% to 10% by the time the shoe officially releases. I certainly wouldn’t encourage folks to buy these shoes for resale purposes. The Jordan 5 Oregon will definitely sell out instantly via retail though, but don’t expect to hit any home runs with it.

BUY IT NOW on eBay from our Featured Sellers Click HERE