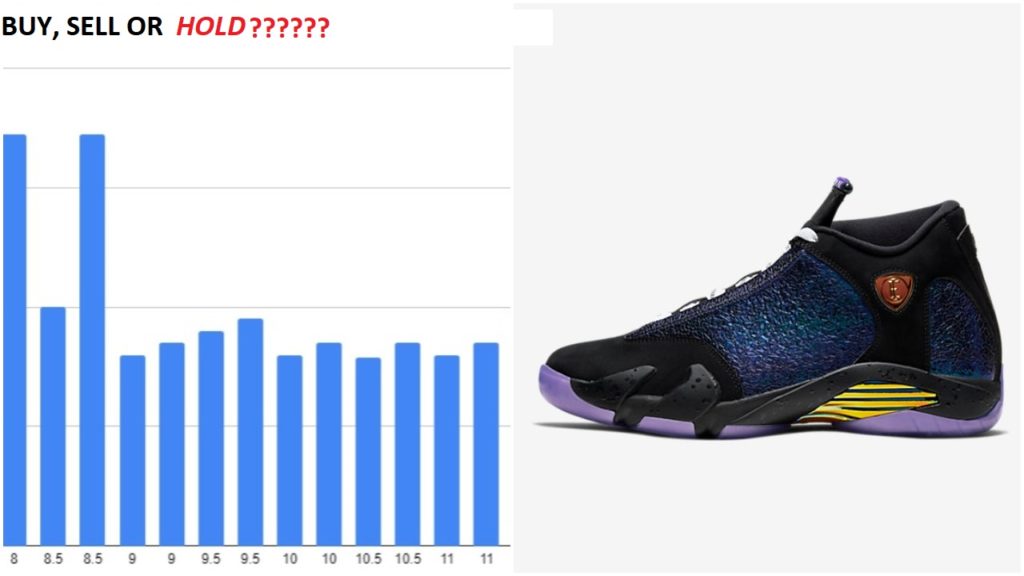 I usually write a projection post on the number of pairs made of a shoe prior to figuring out its resale value. But for the Air Jordan 14 Doernbecher, I had absolutely no data to work with as far the number  of units produced is concerned. So far the only confirmed retailer beside Nike is Shoepalace; so I prefer not to give you a very subjective opinion about the possible number of pairs in the market. Nike has certainly put a tight leash on this model since only two sales have been recorded on Stockx and none on other third party marketplaces. I wrote a post about general release sneakers in which I said that many pairs being sold early via third party markets are probably coming indirectly from Nike or retailers. And the lack of sales’s data on the Air Jordan 14 Doernbecher definitely backs up  my assertion.

So what can we expect for the resale value of the DB 14’s? Our sales’s data may be extremely limited but we can certainly make some inferences based on what customers are willing to pay for the shoe at the moment. We’ll also look at the current asks ( prices sellers have fixed) and draw our conclusions from there. 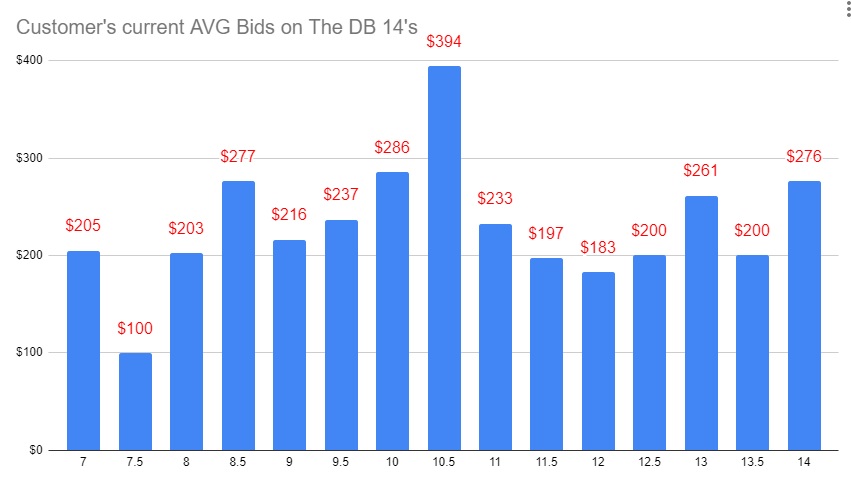 You can see from the histogram above that as good as StockX is ( since the buyer gets to impose his price), it’s utterly detrimental to the sneaker market in general. The shoe has a retail price of $212 after tax if you line in Maryland, so users shouldn’t be allowed to place any bids below the retail price of the shoe in question. I’m saying that because its encourage deceptive business methods that I’ll mention:

With that said , I’ll disregard any bids between $100 and $250. The highest bid placed was for $394 and that’s more reasonable for a shoe that is really limited. Now let’s see what the going “asks” are 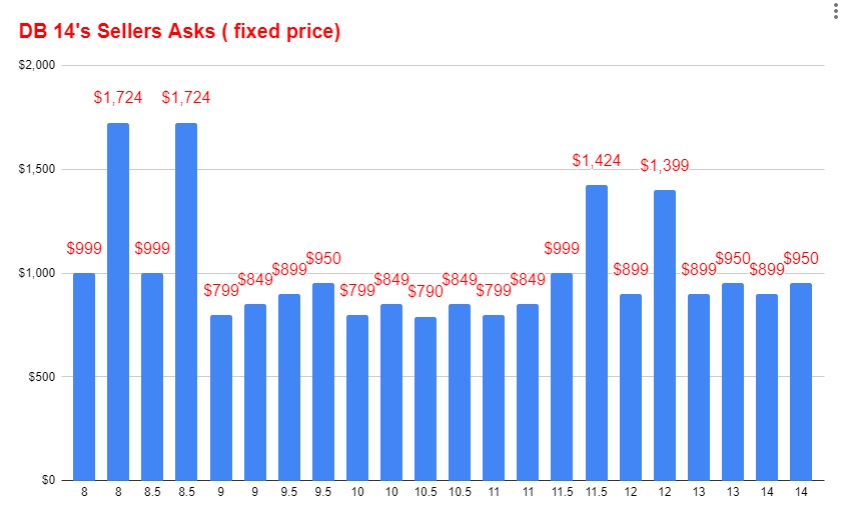 This is a double edged sword, on one hand buyers are placing unreasonable bids and on the other hand, sellers are setting irrational prices for their items. The Air Jordan 6 Doernbecher re-released about a year ago and has a current average sale price in the low $900’s. And I’m assuming that the Air Jordan 14 Doernbecher will probably hit the low $700’s at its peak. Folks have to remember that the Jordan 14 silhouette isn’t highly sought after in the sneaker world ( I just had to mention this). The only reason why anyone will go after the DB 14’s is because it’s limited. Now what can we make any plausible inference on the Average value of the DB 14??

From the two sales recorded , the average sale value if about $550 and I’m expecting this value to drop by 8% by December the 7th ( the official release date of the shoe). So I’ll say that the shoe will probably have a resale value between $400 and $500. So what is my recommendation? 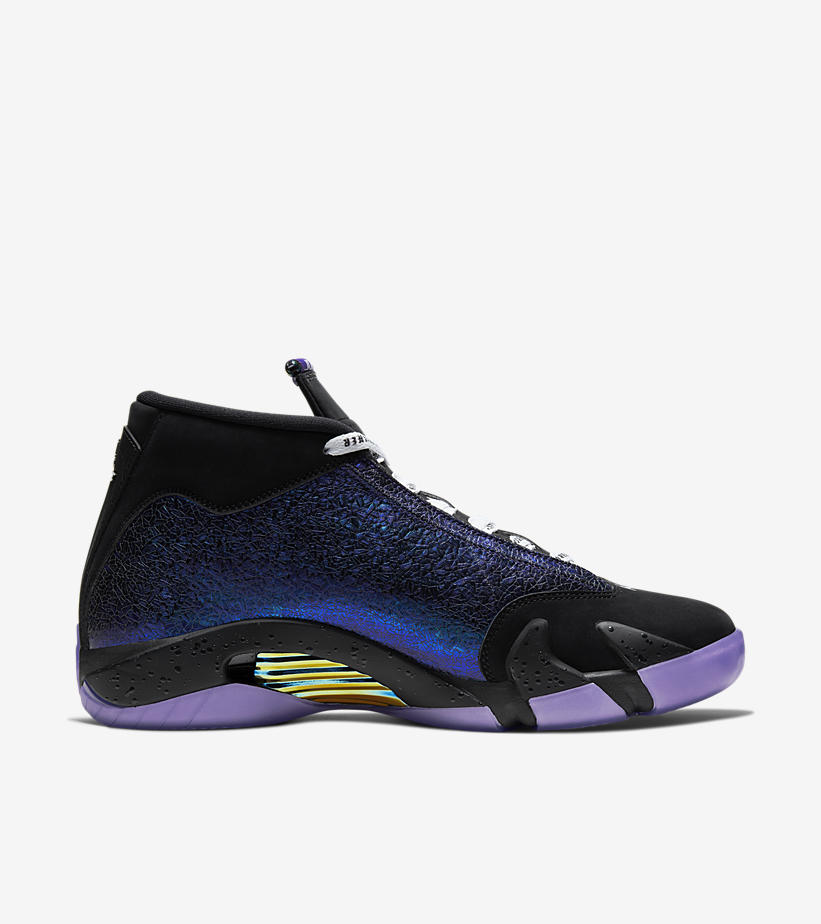 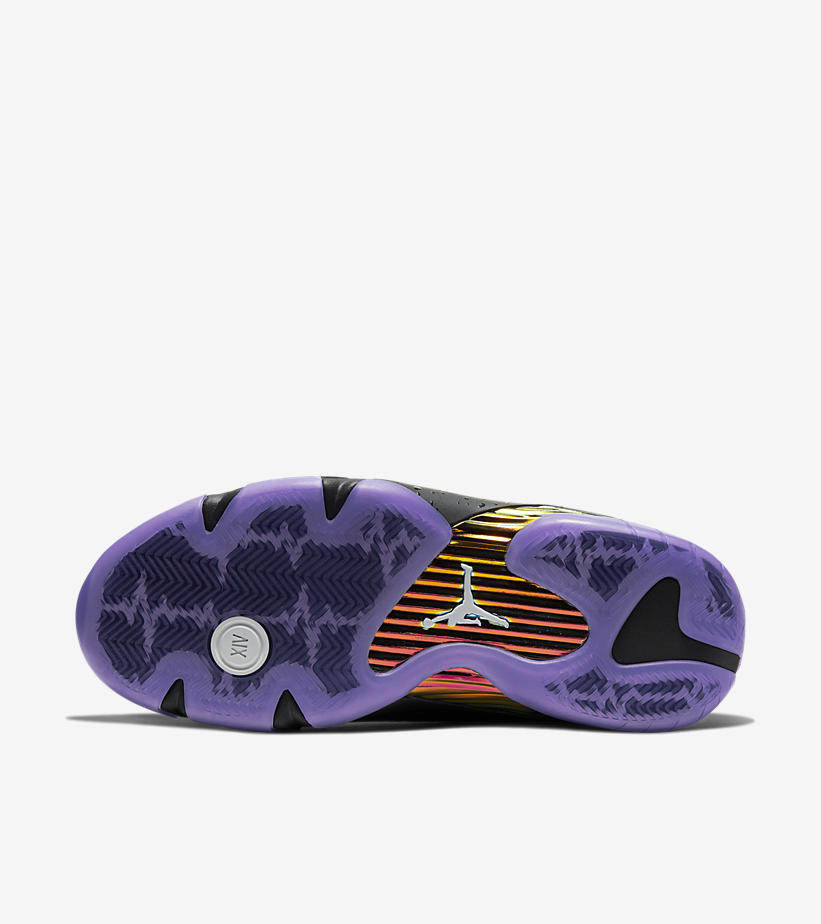 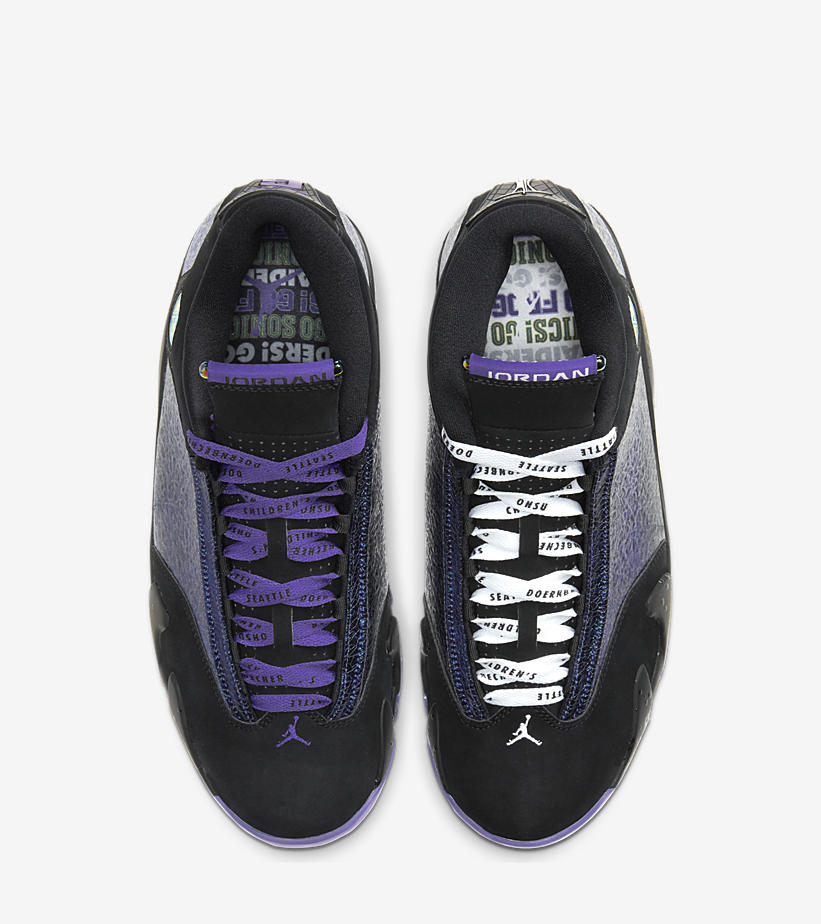