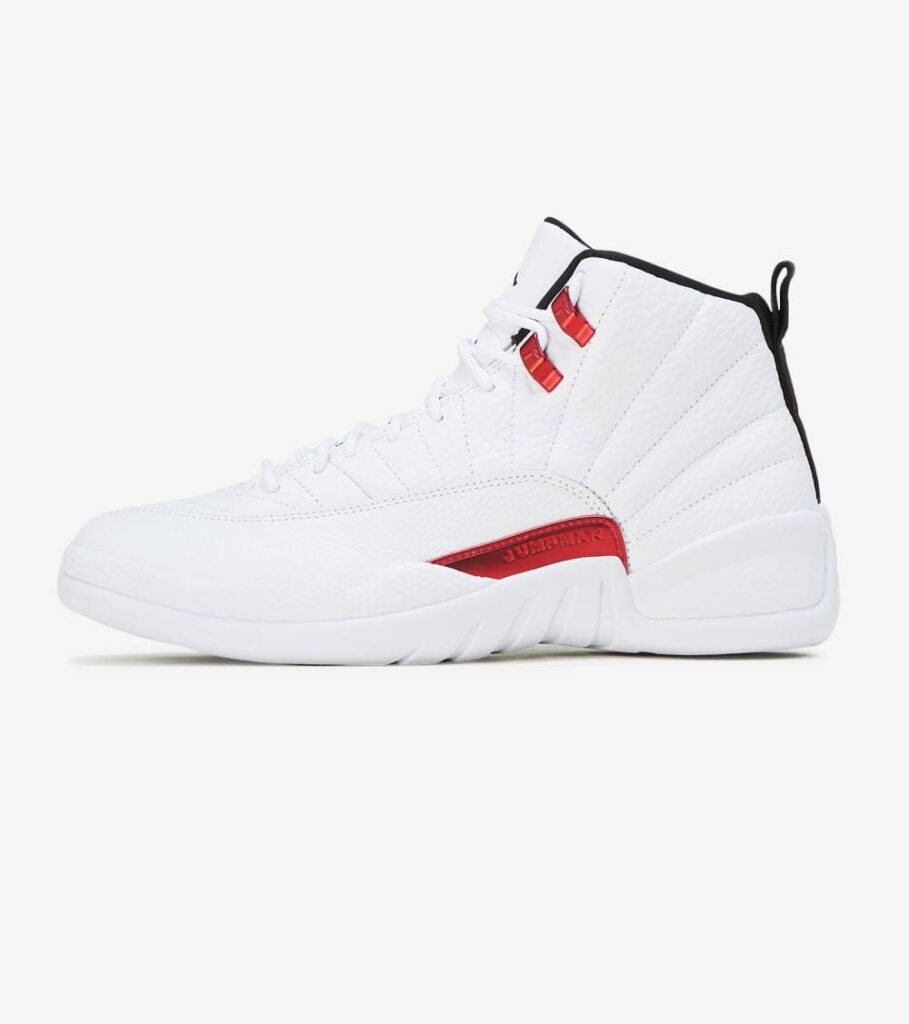 The Air Jordan 12 Twist is set to officially release on Saturday  July the 24th and retails for $190. The color scheme is White, University Red, and Black. This Air Jordan 12 features an all-White leather upper with University Red contrasting accents and Black stitching throughout, giving it a variation of the legendary OG “Cherry” edition. The design is completed with Metallic Red upper eyelets and a White and Black rubber sole. Let’s quickly try to figure out how many pairs were possibly made and the shoe’s current resale value via third party marketplaces. This shoe falls under the category of  a GR ( General Release) and consequently it will be available in considerable numbers. I believe the numbers will be similar to that of the Jordan 12 Reverse Flu Game. When I worked on that shoe, I projected numbers less than 300, 000 pairs and I believe the stock Number for the Jordan 12 Twist will fall within the (300k, 400k) range. Here is a list of the major and minor retailers allocated an inventory beside Nike. The chart above gives you a breakdown of the average resale value per day since July the 17th via StockX. You can see that it has been steady and almost constant. I wrote a couple of years ago in which I made the observation that most General release sneakers lose about 10% of the resale value post release date, and I’m sure the Jordan 12 Twist won’t be the exception. with that said, we can project that the overall resale value will fall within the $235-$240 range. This is only on StockX and the sell through rate is about 34% which isn’t too bad. Now let’s see how the shoe is performing via eBay.

The average sold price has been constant at $258.8 since July the 18th but the sell through rate on eBay is 13% , much lower than the one on stockX (34%). So should you resell this shoe on eBay or StockX ? Answers to this question will be relative to the seller. A low sell  through rate doesn’t necessarily mean that the shoe won’t sell fast enough ( the price is always going to be the key). One could decide to do a price-match and none of this will matter at all. All I know is selling through eBay might take a few more days but the gains are more since there are no fees associated with selling on that platform. Let’s run some numbers really quick.

Clearly, the profit is much higher via eBay and price-matching will also benefit the eBay’s seller. So it really all depends on the seller’s preference.

Where To Buy the Jordan 12 Twist Now