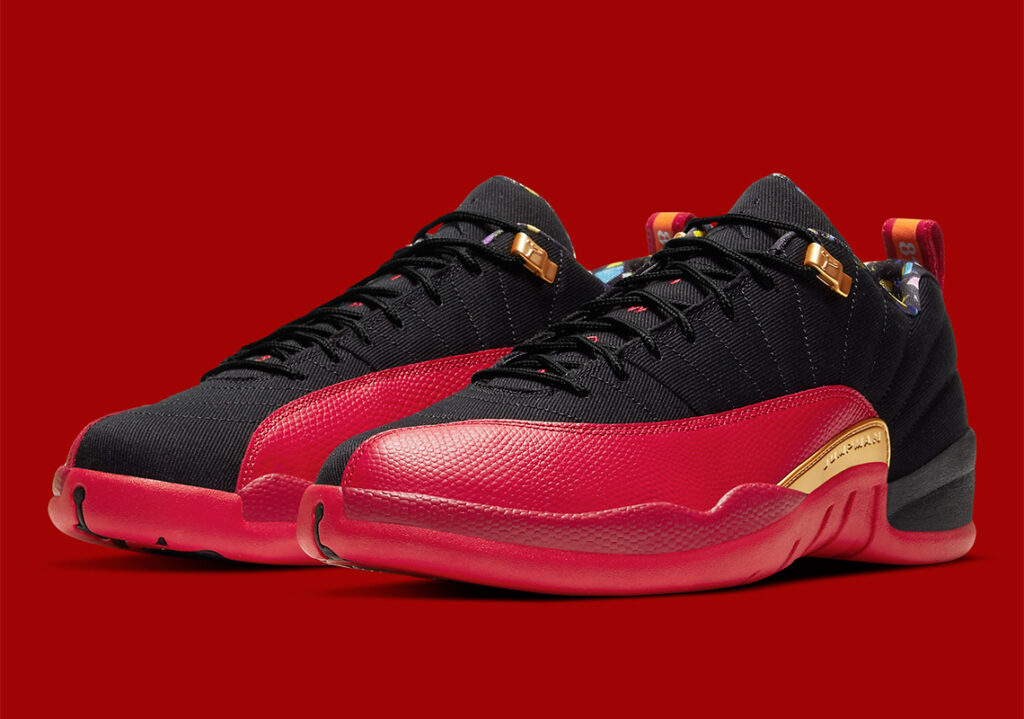 To commemorate Super Bowl 55 which will feature last year’s champions the Kansas City Chiefs and the Tampay Bay Buccaneers ,  Jordan Brand is releasing the Air Jordan 12 Super Bowl. The shoe will release officially on February the 6th and retails for $190. For a pair of low 12’s , I think the price is a bit too steep. The Super Bowl 12 features a mixture of textile and synthetic leather on its uppers, the mudguard overlays are wrapped in faux snakeskin leather while the rest of the uppers feature canvas materials. Additional key details are the grafiti display on the inner liner, the back tab on which is embedded the “813” reminiscent of Tampay Bay area code, gold highlights on the customary tabs and eyelets.

As far as the number of pairs produced is concerned, I usually go through the rigorous task of collecting data from allocated retailers to formulate my assumptions. But in this case, I’m not going that route since I believe only Nike SNKRs will be carrying this model. That might change in days to come, but right now we’re going to lean on very subjective information. Since this is the 55th edition of the Super Bowl, I’m of the frame of though that Jordan Brand will release between 5,500 pairs and 12,000 pairs. This is purely subjective to take it with a grain of salt. Now let’s try to figure out how the shoe is performing on the resale market.

The data collected from third party marketplaces was very small, only 5 recorded sales and they ranged from $300-$380. This sample size is very small but it does us some information to work with. We know that the Air Jordan 12 Super Bowl LV is extremely limited. We also know that just because a shoe is limited, it doesn’t mean that it’s resale value will go through the roof. The Jordan 12 low silhouette usually receives a lukewarm response from the sneaker community so I’ll assume that the resale value will probably remain in the low $300’s.