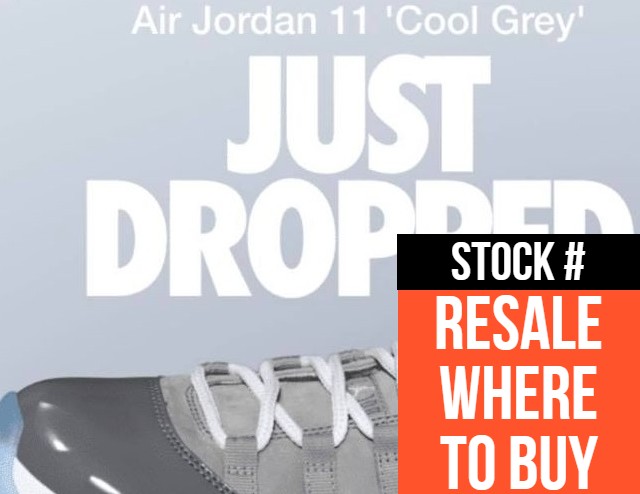 I was working on a project when I got a text from a good buddy with a photo of the Air Jordan 11 Cool Grey on the NIKE SNKRS App with the title “just dropped.” Needless to say, I followed the link but was unable to obtain the size I desired, 12. However, up to an hour after the link was propagated, various different sizes were still available. And my social media newsfeed was flooded with folks who were overjoyed that they had been able to get their hands on a pair. Given the number of people who were able to get a pair, I had the impression that there would be a significant amount of stock accessible on December 11th, which is the Cool Grey 11’s official release date. What Nike did yesterday was just an appetizer, and given how plentiful the appetizer was, I’m curious how much more plentiful the main meal will be. Using an equation I came up with a few years ago, we can estimate the number of pairs that might have been produced.

While this amount may appear to be exaggerated, I estimate the figure will be between [1.2 and 1.7] million pairs. According to the data I gathered from yesterday’s release, nearly 99,000 pairs of the shoes were made available via Early Access. This explains all  the successful purchases. Now let’s see how the shoe is performing on third party marketplaces. 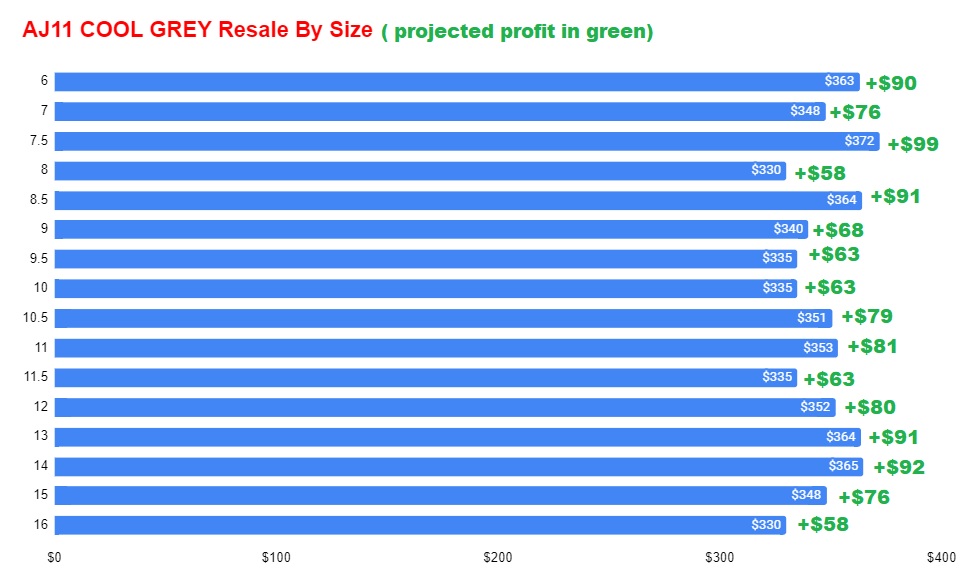 The given data is only as of today, November 17th. The graph shows the resale value broken down by size. Profit margins range from $58 to $100, which sounds fantastic at first, but according to a  research I conducted a few years ago, most General Release sneakers lose around 10% to 15% of their resale value by the time they are available  officially through stores. Although the Cool Grey 11 doesn’t exactly fit into that category, I predict the present margins will shrink by 5% by December 11th. Keep an eye out for updates. 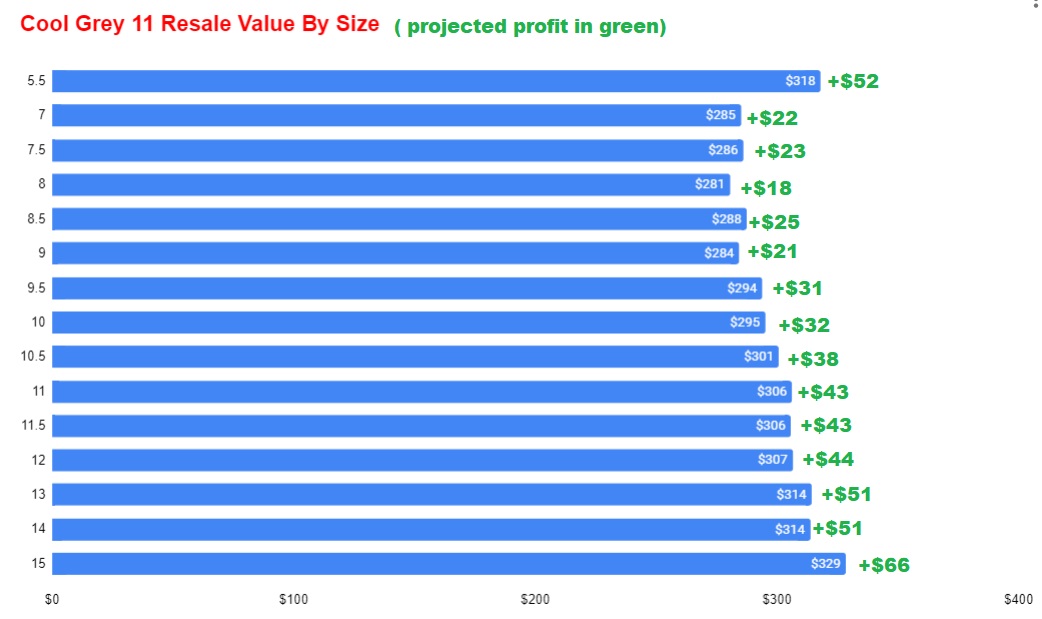 You can see that there were significant drops on several sizes ( I’ll let you figure that out, just compare both tables). Sizes 5.5,11,11.5,12,13,14 and 15 appear to be the sizes with the most decent margins. Unless you can acquire multiple pairs , reselling the Jordan 11 Cool Grey isn’t such a brilliant idea. Here is the five number summary

Where To Buy  The Jordan 11 Cool Grey