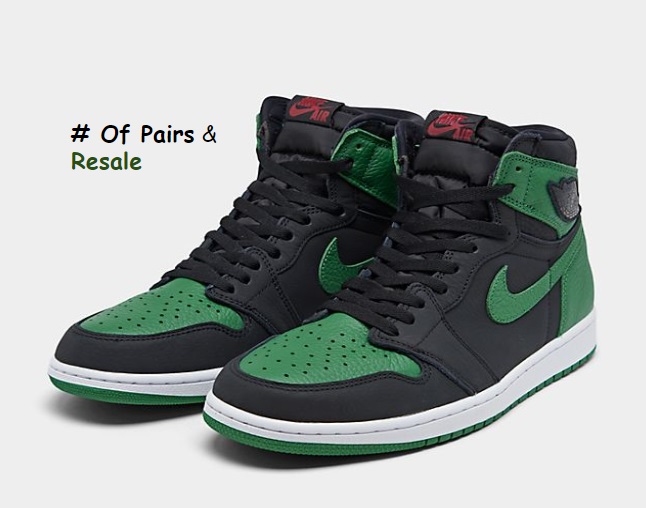 The Jordan 1 silhouette has definitely become Nike’s secret weapon in the past four years. The brand continues to explore different possibilities with the 1’s and we haven’t been disappointed with most of the colorways we’ve been served. A week and half ago, the ladies were treated to the Air Jordan 1 UNC To Chi ( which was a great success), and this coming Saturday, the men take the center stage with the Air Jordan 1 OG Pine green. Last year, Nike released the Jordan 1 high pine green covered in white in the mid section, but the upcoming pair has an all black based with green pine green highlights. It’s definitely going to be sought after and my job today is to come up with a plausible estimate of the number of pairs made. To do that, we first have to take a quick count of the local major & minor retailers that will receive an inventory of the shoe. 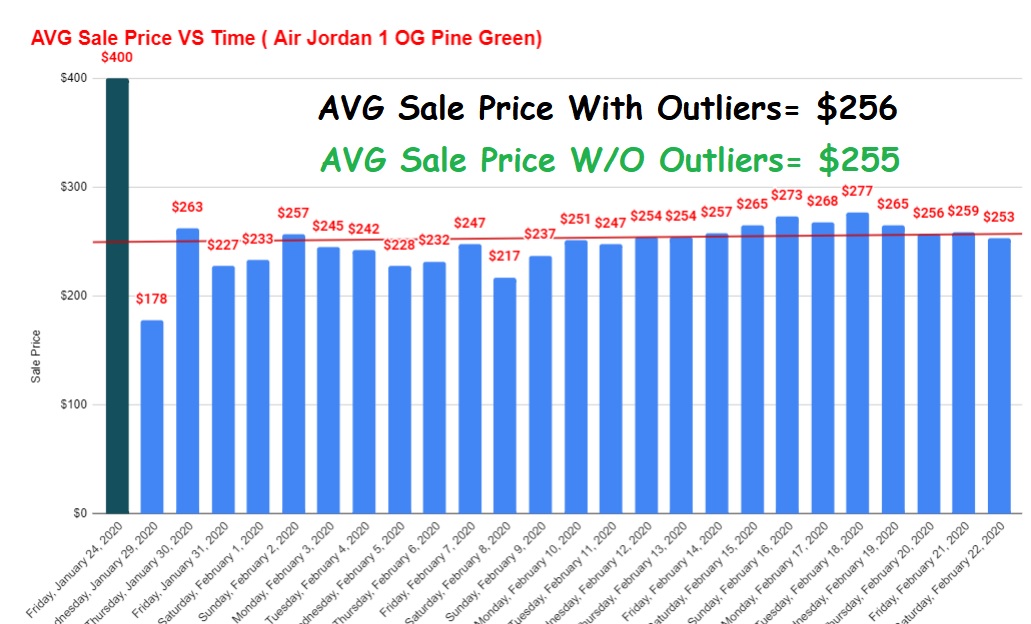 So I recalculated the average sale price after removing these values and came up with $255 ( a $1 less, not that significant). The value has slightly increase with time ( hence the somewhat positive trend). The shoe costs about $180 after tax, so folks can expect to make between $32 to $52 on this shoe for markups falling between 17.79% to 28.89%. Let’s see what sizes yield to the highest margins 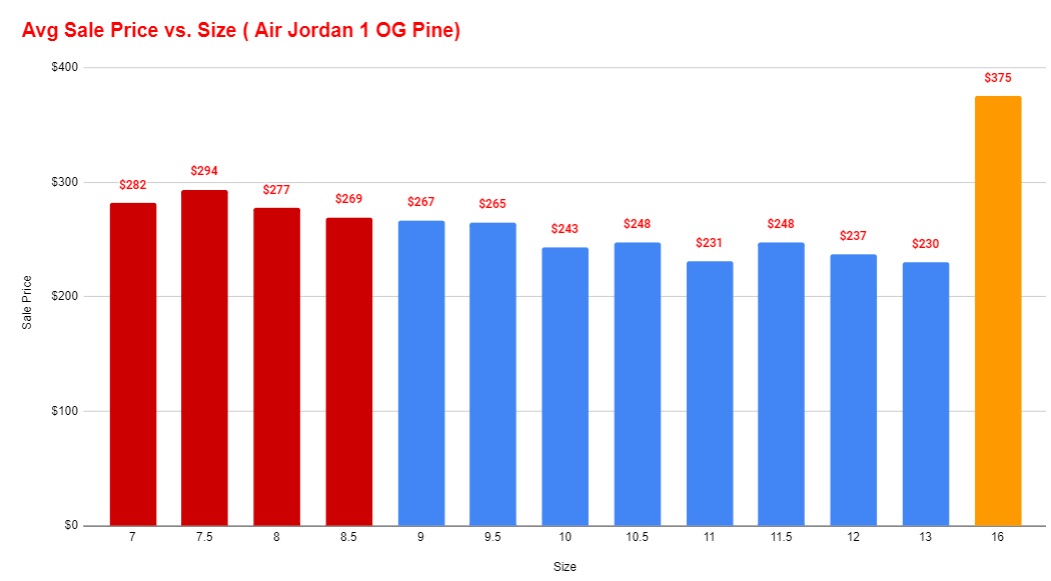 There you have it folks 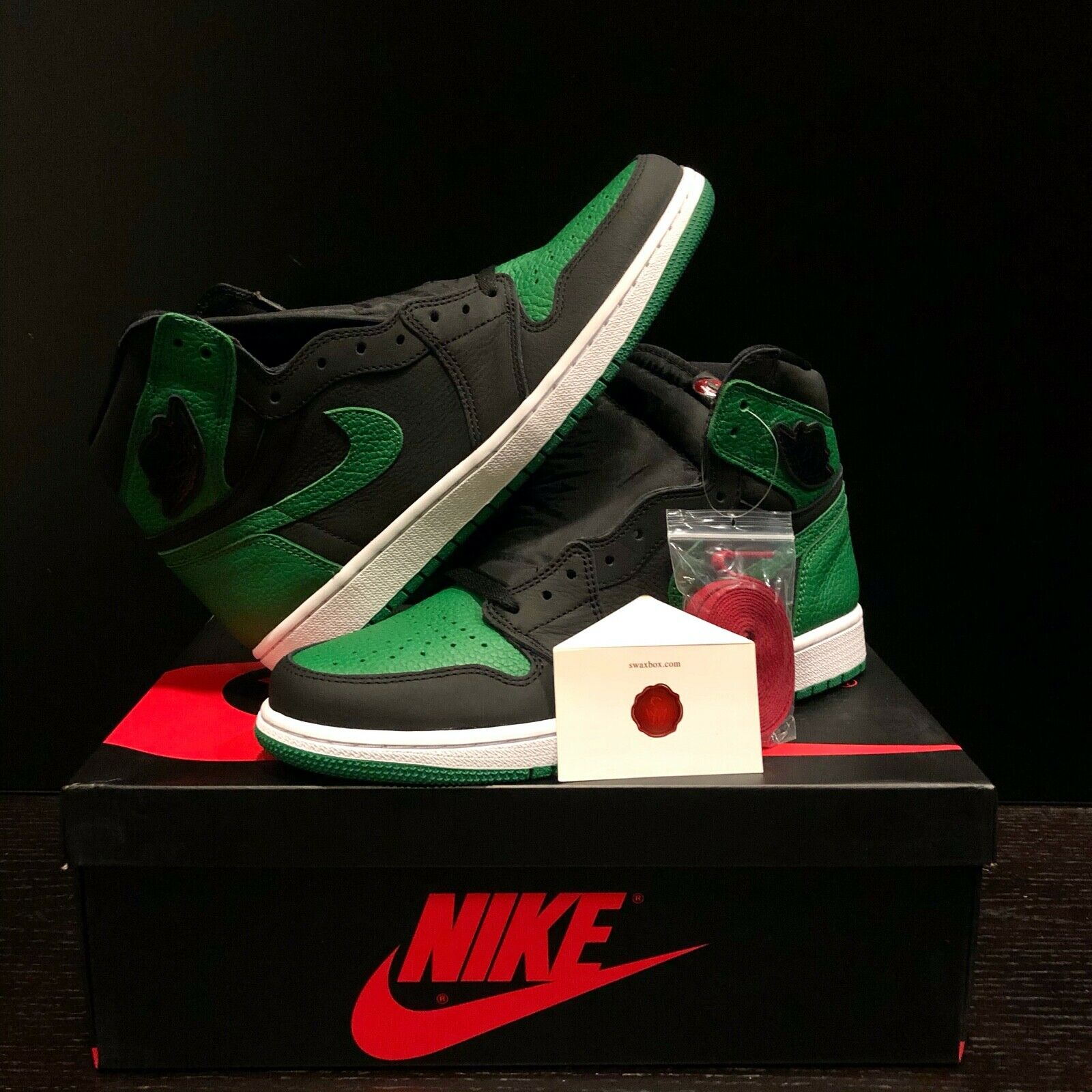 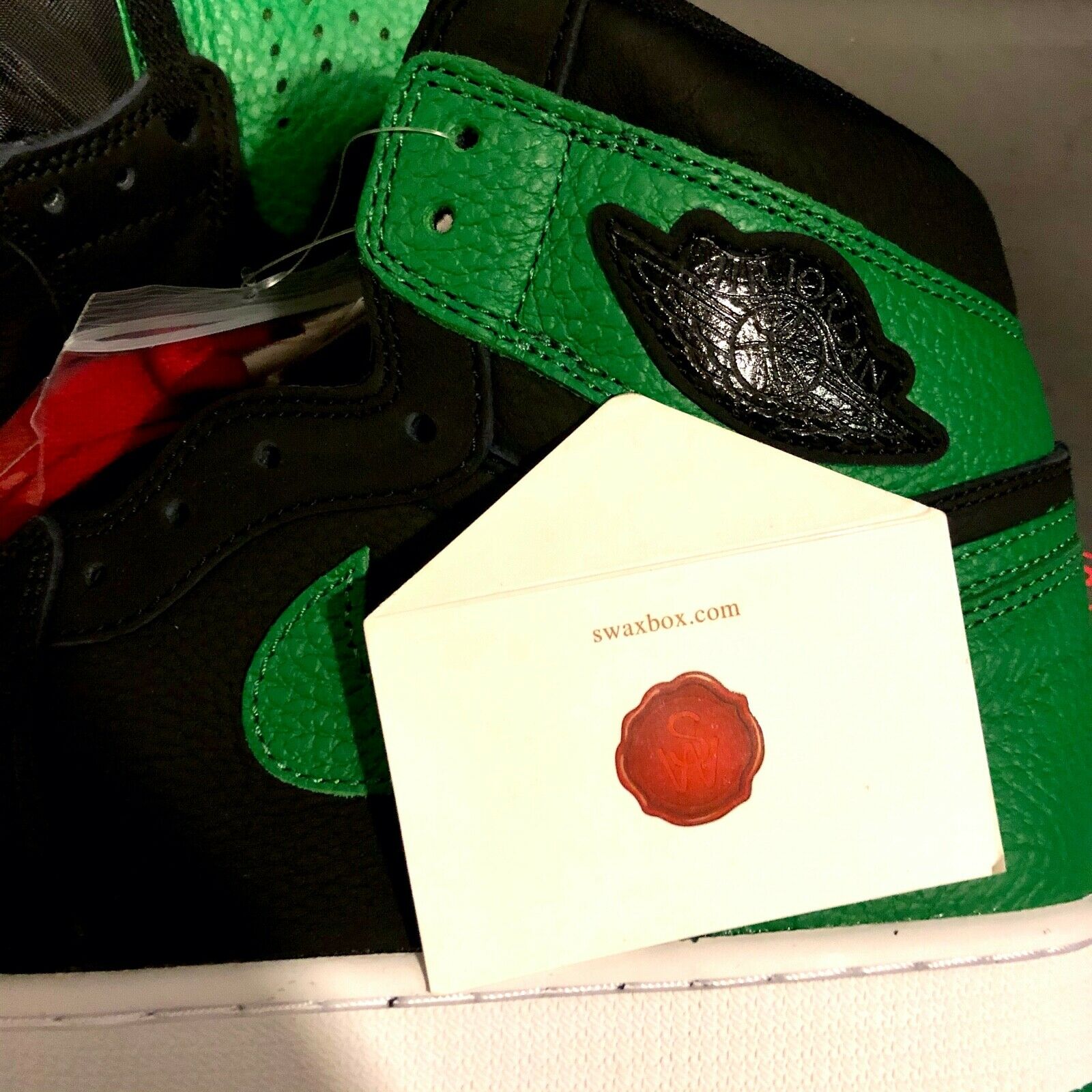 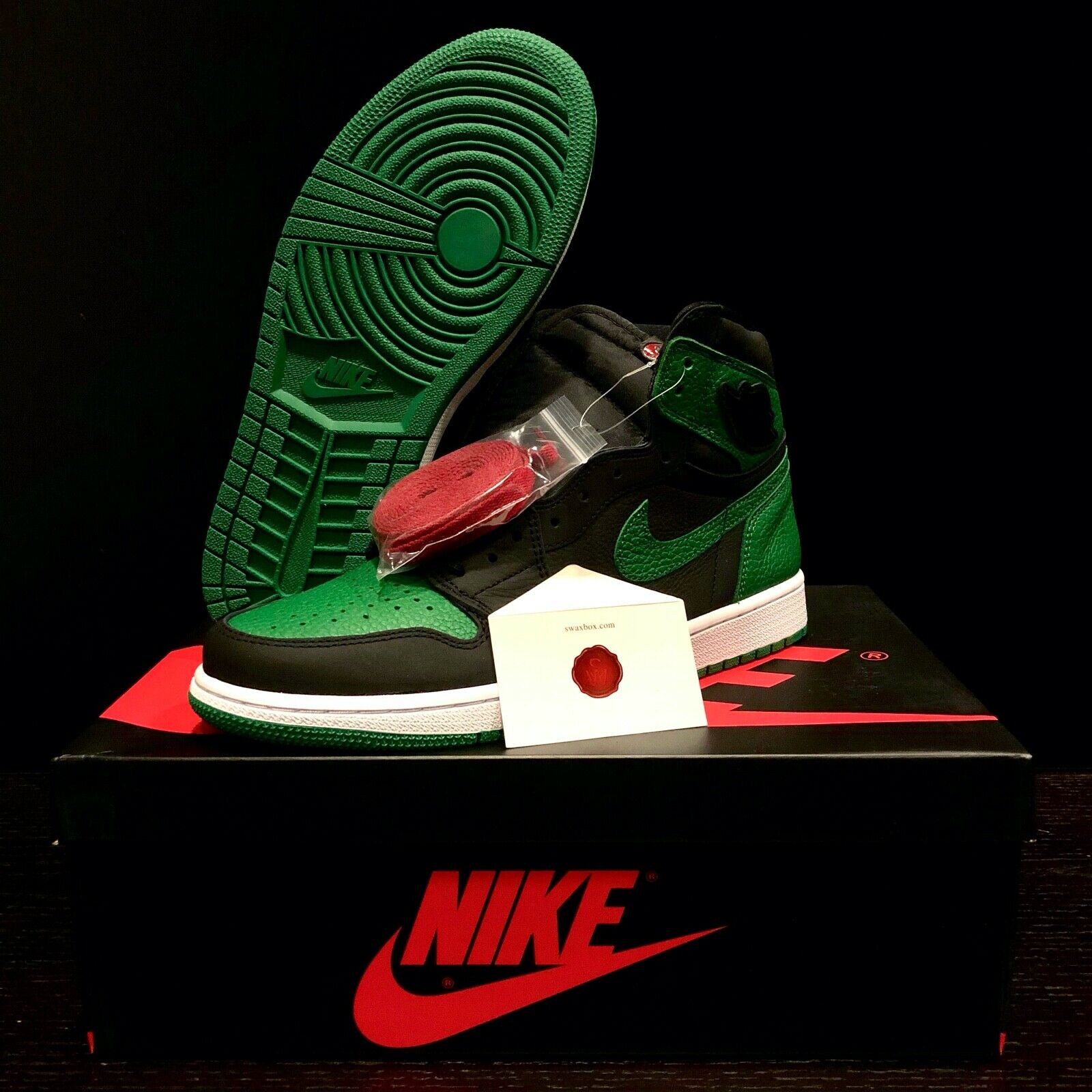 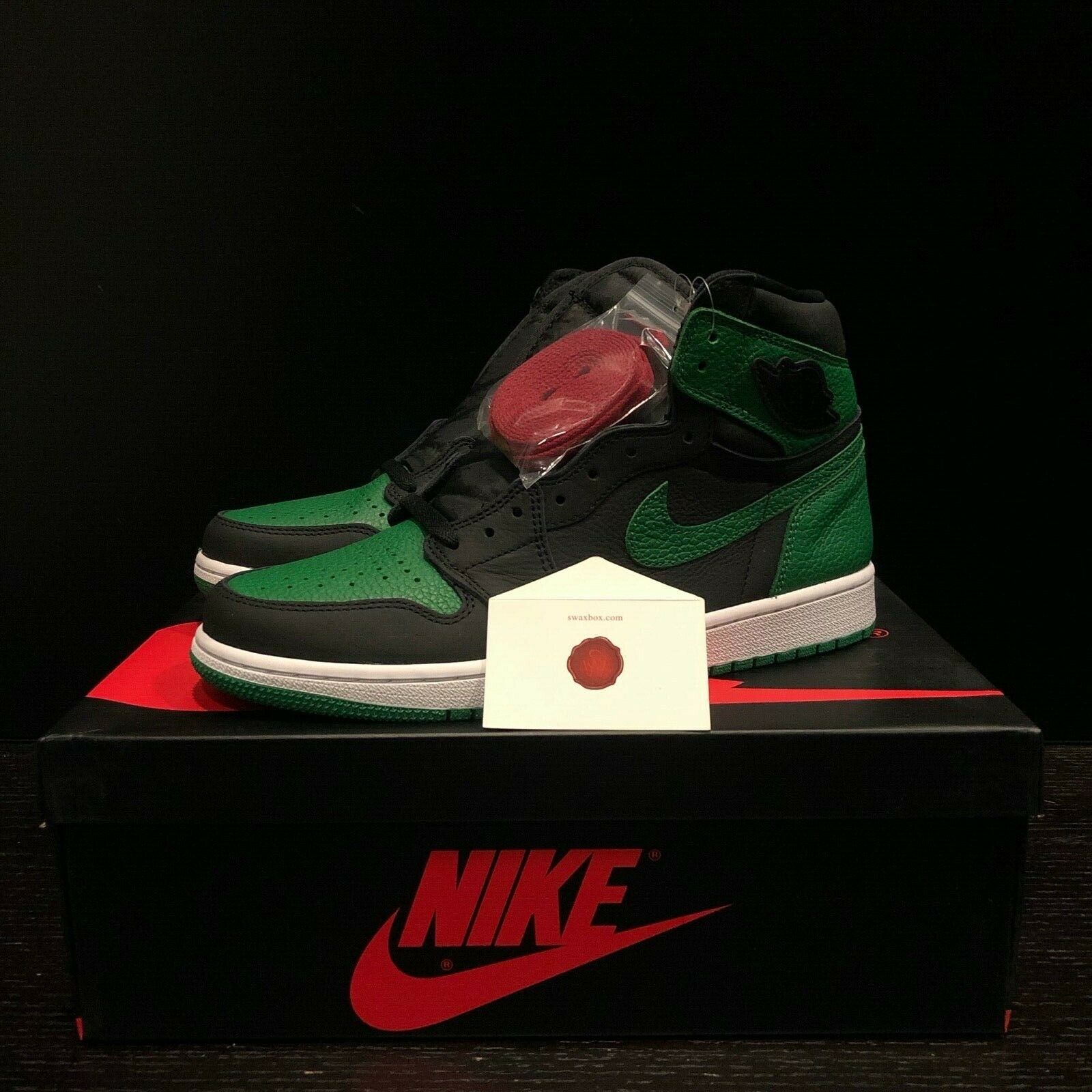 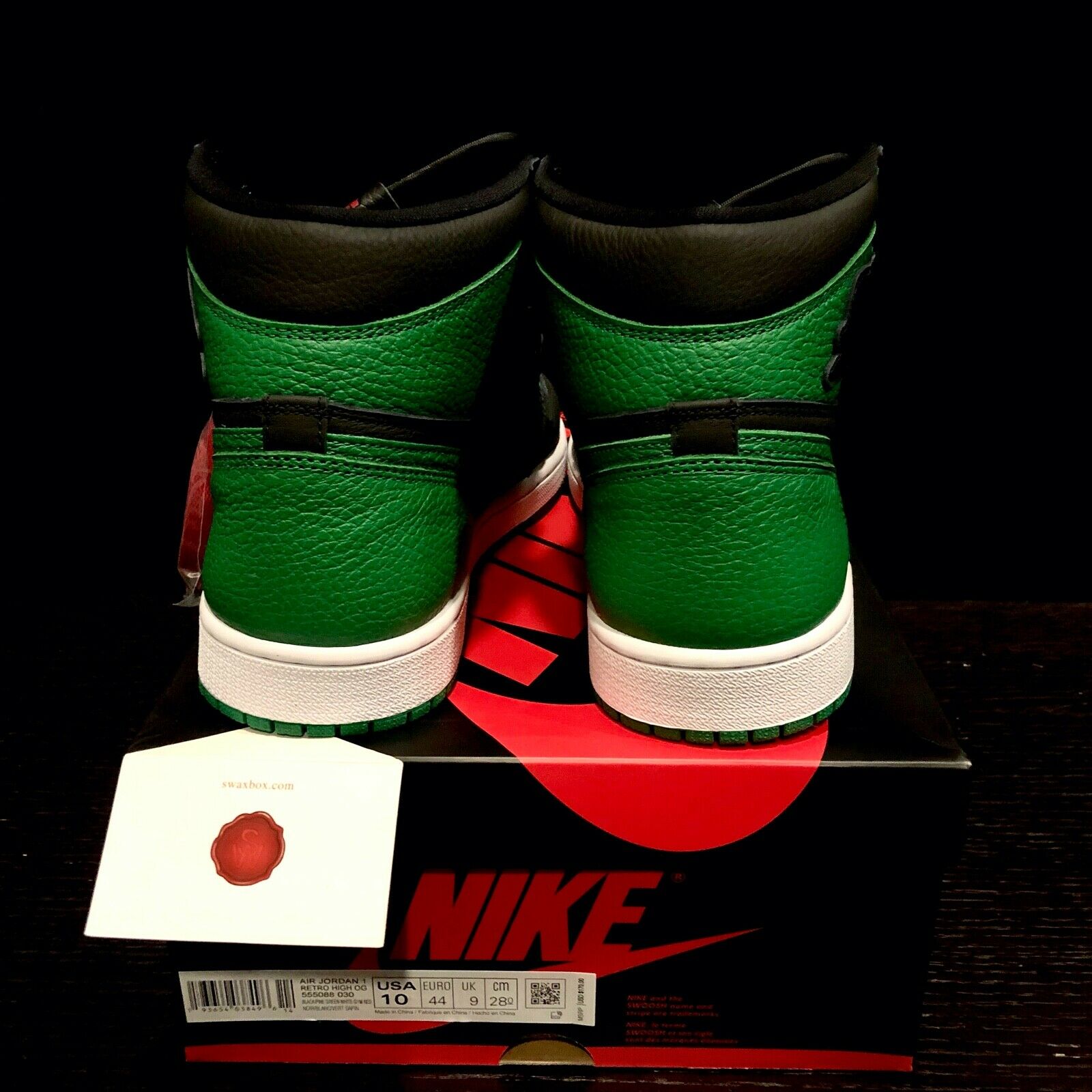