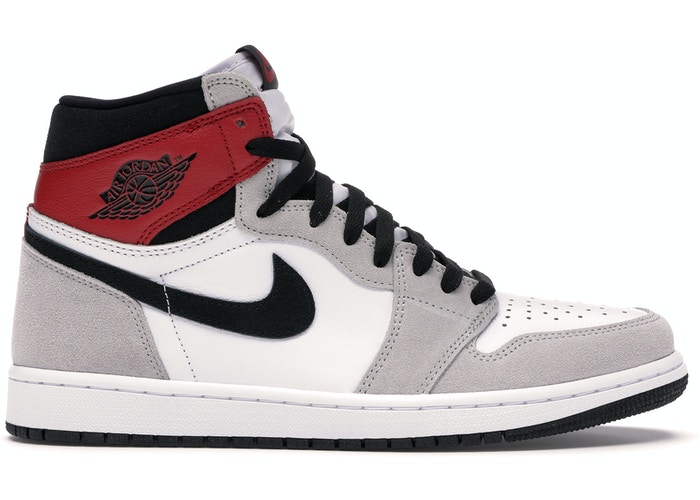 The Air Jordan 1 High Smoke Grey is officially releasing on July the 11th and will retail for $160. Let’s quickly try to figure out how many pairs could be made. So far here is the list of major, minor and boutiques that will be carrying this model.

Now we need to set up our assumptions and run our numbers. Remember that we’re treating this release as if local stores were still operational.

Footlocker’s physical store numbers based on our assumptions: 24 x 430=10320 pairs 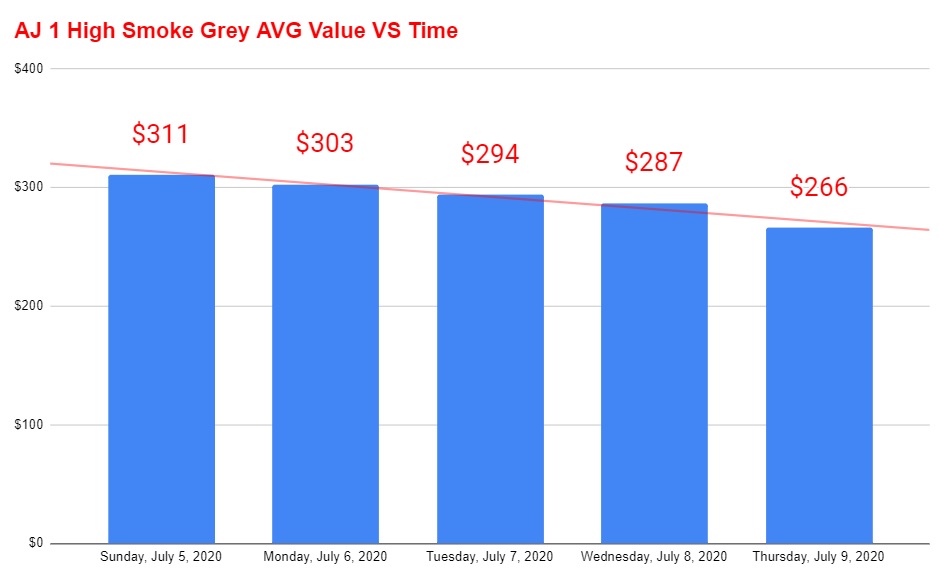 The histogram shows you the average overall value of the shoe per day since July the 5th. You can clearly see that the shoe has been trending down but I don’t expect the resale value to go any lower than $250 by July the 11th. The regression line based on the model above is:

The shoe costs about $160 before tax and roughly $171 after tax. Folks are looking at profit margins within the ($50-$80) for mark up between 33% and 47%. The shoe might suddenly increase in value by Saturday especially ( I’m sure it will sell out instantly via retail).

There you have it folks, you can buy it now on eBay from our featured sellers-CLICK HERE