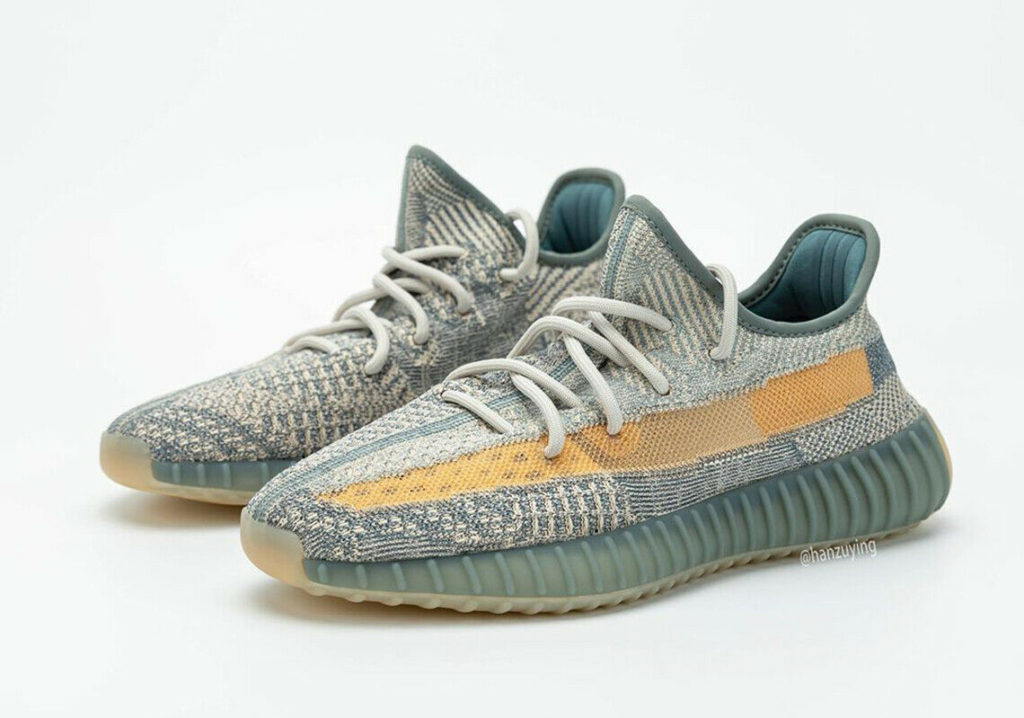 I haven’t written any projection post on Adidas in quite some time, and that’s mainly because the brand hasn’t provided any data on their site to work with. This morning I was checking out solelinks release calendar and the Adidas Yeezy 350 V2 Israfil caught my attention. What really drew me was the name” Israfil”. I was curious to know what it meant. Israfil according to the Muslims is,

the angel who blows into the trumpet to signal Qiyamah (the Day of Judgment), sometimes depicted as the angel of music. … It is believed that Israfil will blow the trumpet from a holy rock in Jerusalem to announce the Day of Resurrection.

I don’t believe in Islam but I do know that some of their theology bear some truth to it. God certainly promises that there will be a day of judgement and He makes that also clear in the 2nd chapter of the book of Romans,v12-16

God’s Judgment and the Law

12 For all who have sinned without the law will also perish without the law, and all who have sinned under the law will be judged by the law. 13 For it is not the hearers of the law who are righteous before God, but the doers of the law who will be justified. 14 For when Gentiles, who do not have the law, by nature do what the law requires, they are a law to themselves, even though they do not have the law. 15 They show that the work of the law is written on their hearts, while their conscience also bears witness, and their conflicting thoughts accuse or even excuse them 16 on that day when, according to my gospel, God judges the secrets of men by Christ Jesus.

I’m aware if Kanye West’s recent re dedication and I’m hoping that beside creating sneakers with theological truths, he begins to bear more  fruits of the Spirit. And for you buyers, I’m hoping that you’ll come to grips with the objective reality of the existence of God and the direct implications.  I’ll encourage you to read the post below in which I talk thoroughly about the importance of the Resurrection 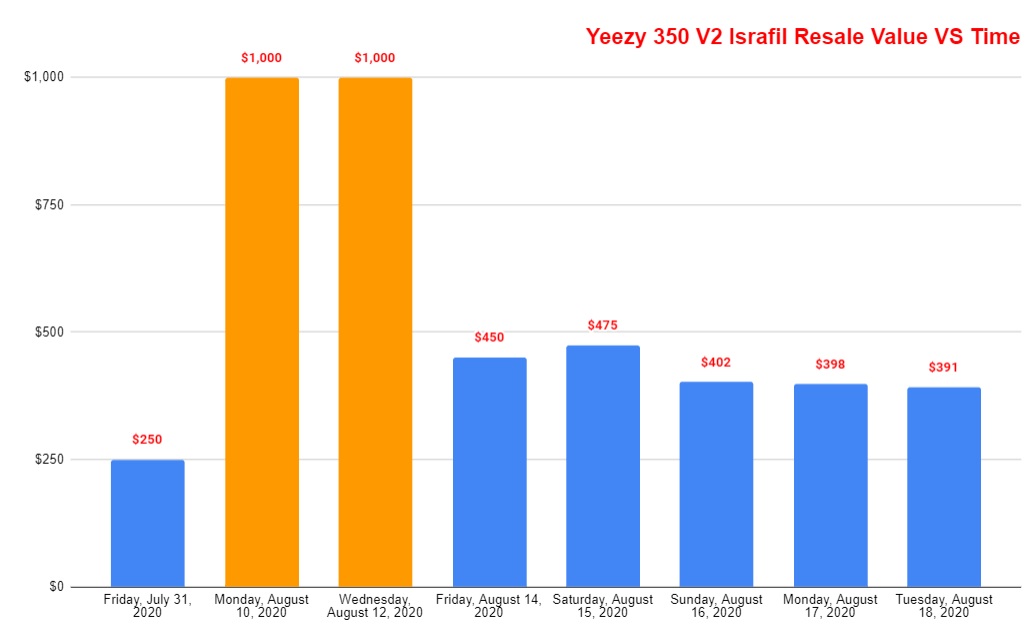 You can clearly see from the histogram above that August the 10th and August the 12th had some anomalies. I will disregard the data collected on those two days and consider those very irregular values. The shoe will probably have a resale value within the ( $360-$400) range. Its retail price is abut $220 before tax and roughly $235 after tax. Folks are looking are margins within the ($110-$140) for mark ups within the (47%- 63.4%) interval. Let’s also take a look at the sizes that yield to the highest margins. 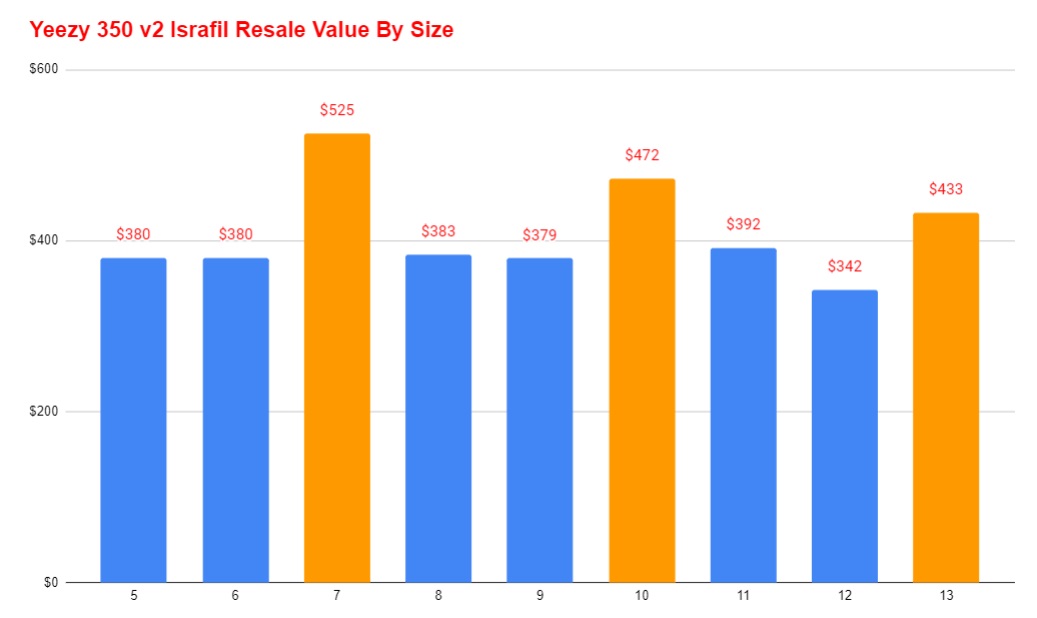 The figure above needs no comment, you can pretty much aim for the sizes with the highest revenues and calculate your returns/earnings based on that.