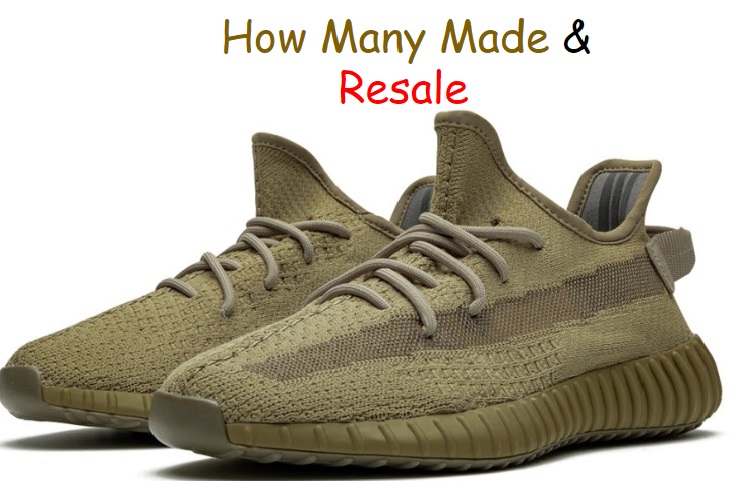 The Adidas Yeezy Earth edition will officially release on February the 22nd and is part of the new region collection. The shoe features an earth like primeknit upper with a darker shade of tan on the lateral stripe. Completing the shoe is  the customary boost midsole for maximum cushioning enveloped in a gum sole. As mentioned in my first sentence, the Adidas Yeezy 350 Earth is part of the new region collection released by the brand; this particular model will only be available in the Americas ( North and South America). I’ll organize all the data obtained from the Adidas store finder page in the graphs below, and that will help in projecting the number of units/pairs that could’ve been made. 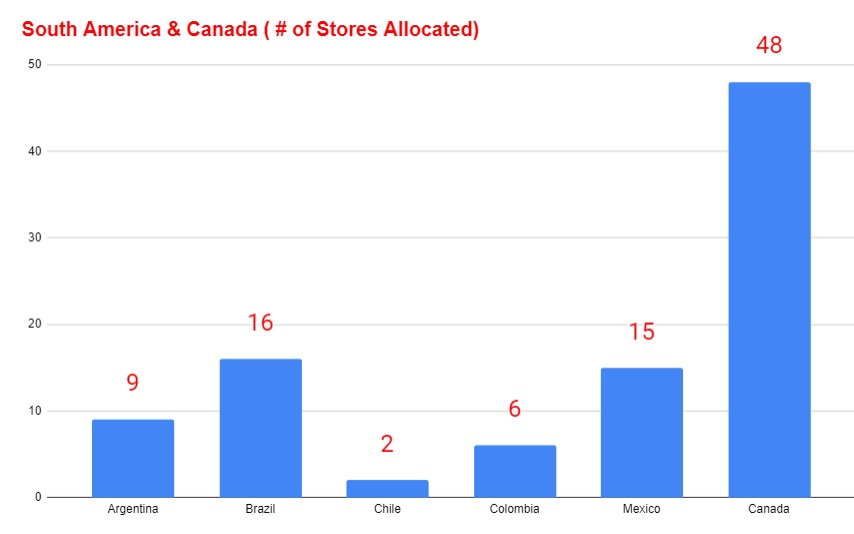 You can see from the graph that a total of 48 stores were allocated in South America ( with Brazil leading the charge with a total of 16 stores given an inventory). A total of 48 stores were also given an inventory in Canada, which I find very interesting, I’m wondering if Adidas did that on purpose or this just happened by chance. I purposely didn’t include the USA because so far the only stockists I’ve confirmed are Adidas ( 4 stores allocated), Yeezysupply, Hibbett, Finishline, Jeffrey,SNS,Sheikh, JD Sports, The Walking Closet, Sheikh, KicksUSA, Social Status,Woodstack, APB Store, Extra Butter, Bodega, Jimmy Jazz, Bait, Lace up, Sesinko and DTLR. I’m suspecting that Footlocker will also be included but there is nothing on the release calendar indicating that. With this information, we can create some assumptions and run our numbers.

The graph above shows sales records from the past 3 days and you can see that the shoe has been trending down. It lost about 10.34% of its value in 3 days and i’m suspecting that it will lose another 5% before the time the shoe releases officially. With that said, I’m projecting the overall average resale value to be about $305. The retail value of the Adidas Yeezy 350 V2 Earth is $225 before tax and about$238.5 after tax. If the resale value is $305 indeed, folks are looking at 16.37% markup for profits ranging from $30-$40. Now let’s see what the most lucrative sizes are. 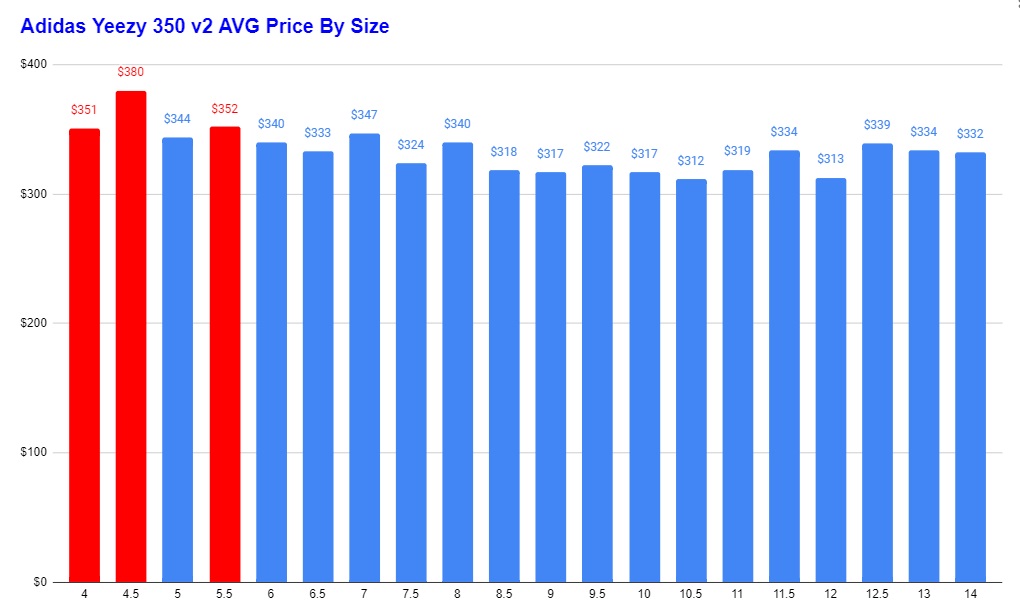 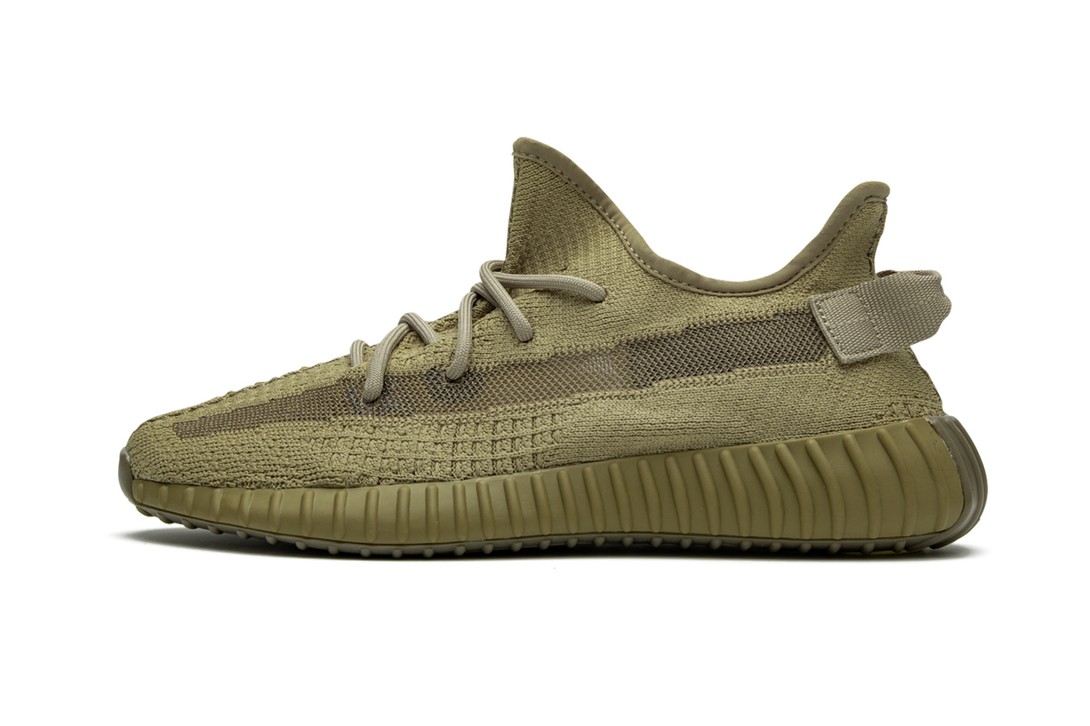 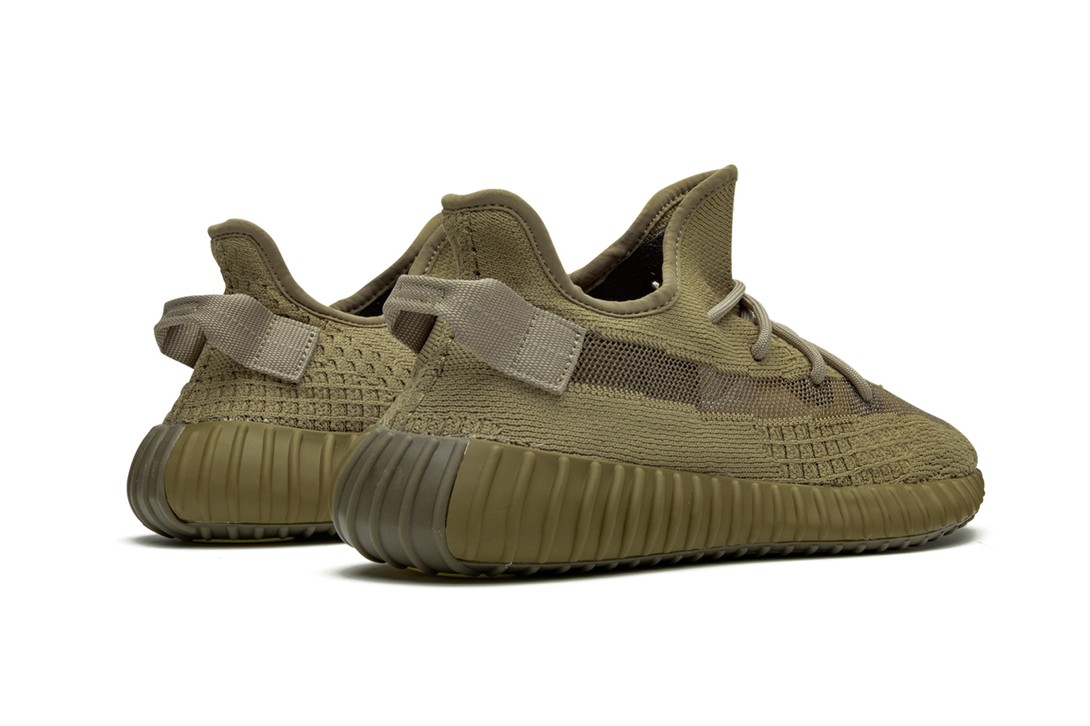 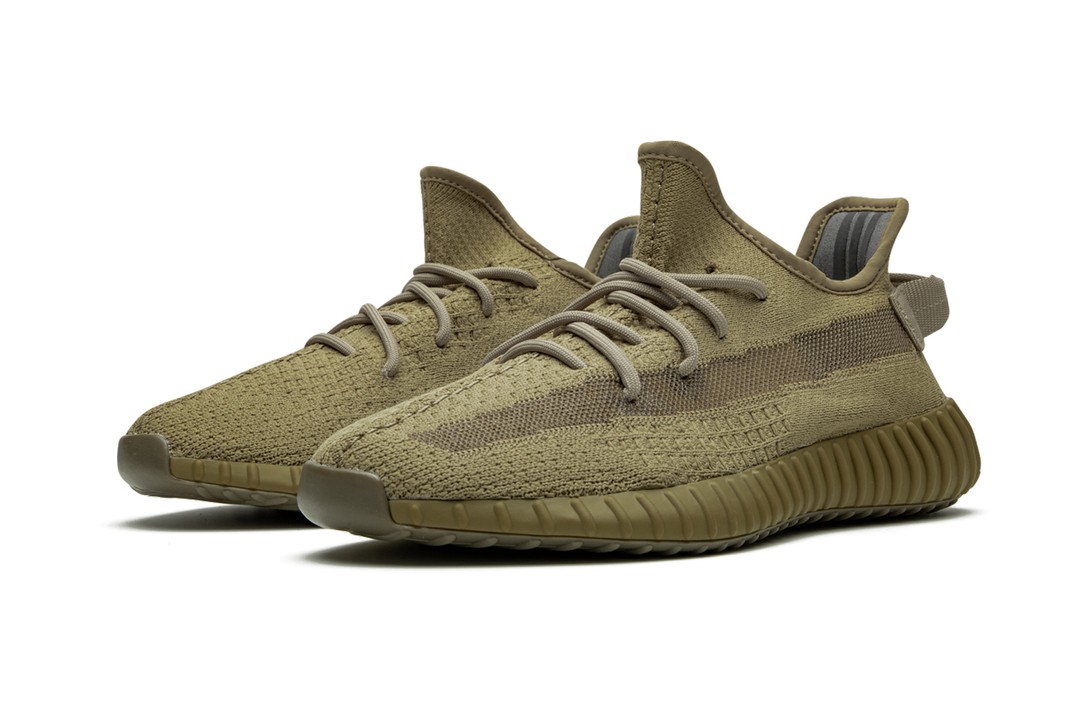