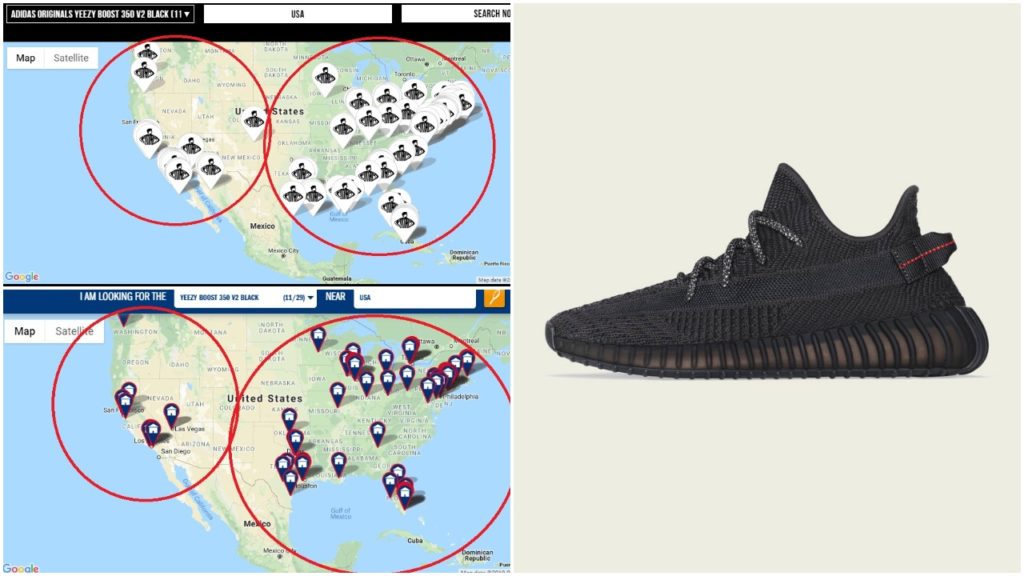 I received several requests on Youtube from certain folks asking me to figure out the numbers of pairs made of the Adidas Yeezy 350 V2 Black. Frankly I had no idea the shoe was being restocked till earlier this morning as I was checking Footlocker’s release calendar. I quickly got to work and collected my data and the charts below will guide us through the process. We’ll first identify the number of stores being allocated an inventory of the shoe per continent and country. 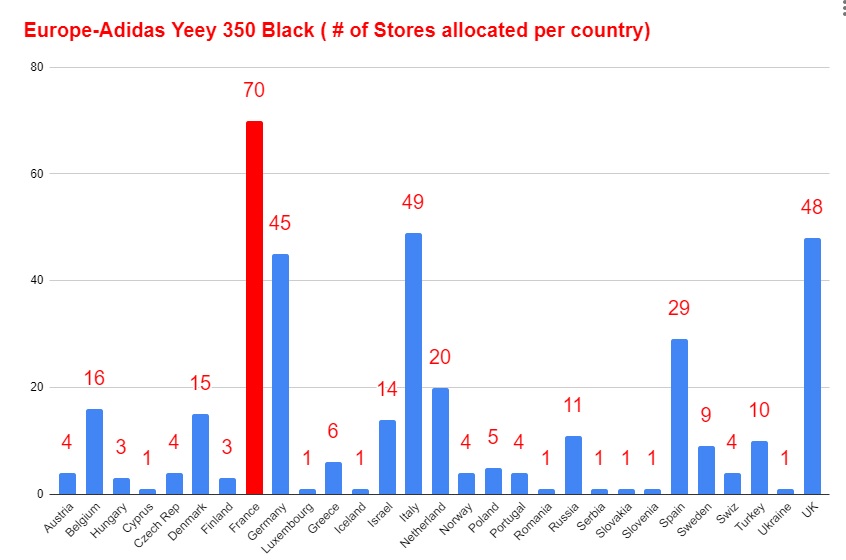 In Europe, France once again got the highest number of stores allocated with a total of 70 separate locations. Other notable countries are Germany ( 45 stores), Italy ( 49 stores), the UK ( 48 stores). This is interesting because with every sneaker release from Adidas, we can clearly see what places of the world are more favored. And I suspect the reason behind it is that those particular regions probably sell their inventory the best ( it’s just an inference that we can make by observation). 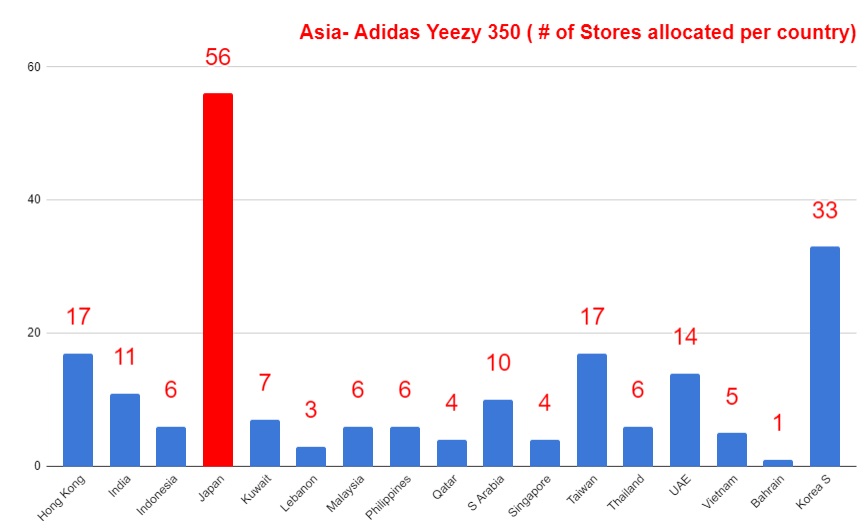 Japan recorded the most number of stores allocated with a total of 56 stores. For the Adidas Yeezy 500 Stone, S. Korea wasn’t even listed; but interestingly the country was included for the Yeezy 350 v2 Black thus showing that Koreans have an affinity for the Yeezy 350 silhouette. 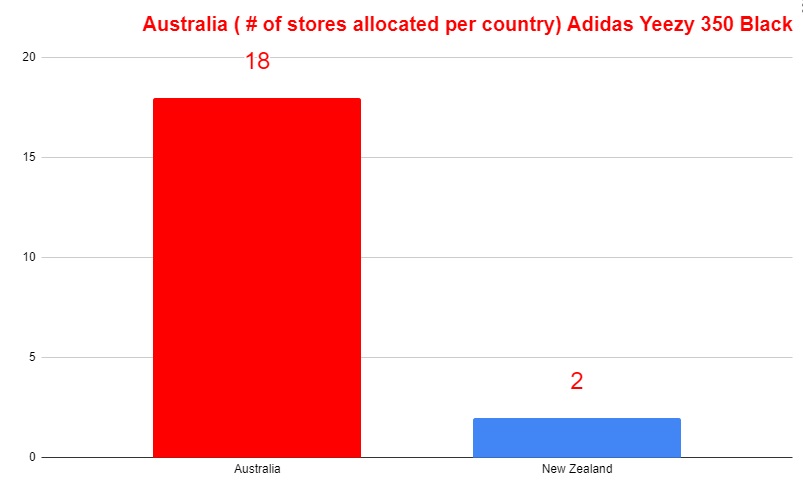 When I wrote about the Yeezy 500 stone, Australia and New Zealand combined for 3 stores allocated. In the case of the Adidas Yeezy 350 v2 black, a total of 11 stores are now listed ( see chart above) with Australia being the more favored location ( 9 stores given an inventory). Once again, we see that the Yeezy 500 silhouette has received a more lukewarm response from the general population than the Yeezy 350. 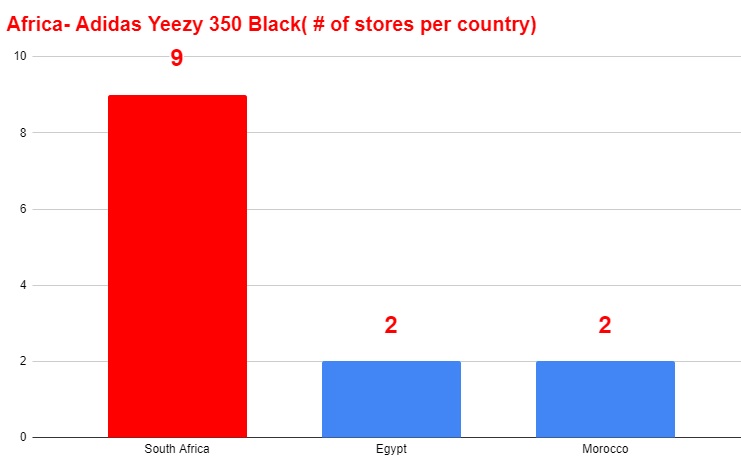 In Africa, South Africa is leading the flock with a total of 9 stores allocated. 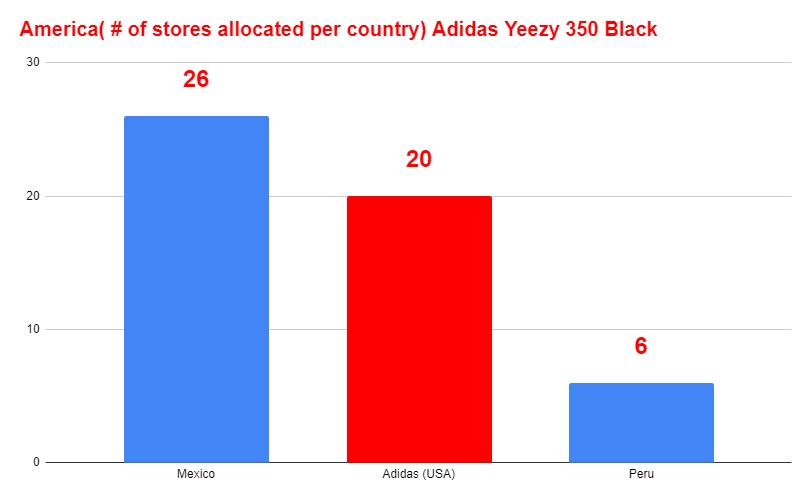 Some of you may see this and be shocked that Mexico recorded the highest number of stores ( 26), even more than the USA. But that’s not the case, that’s why I highlighted the USA; the Adidas store finder only listed the Adidas stores within the USA that were receiving the shoe, no retailer i.e footlocker, footaction, finishline, etc.. were listed. So I had to go and collect additional data from Footlocker & family, see images below

Champs locations selected to receive an inventory of the Adidas Yeezy 350 v2 black were about 55. 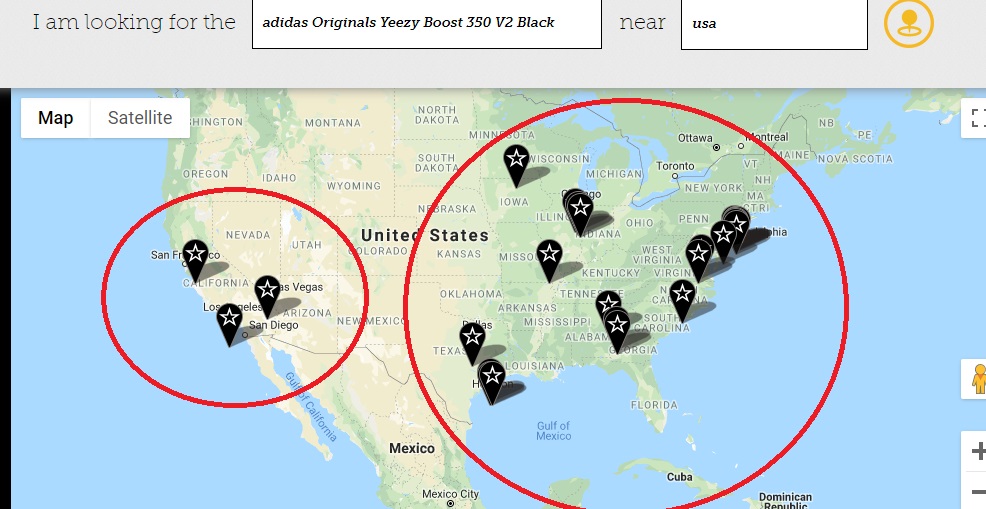 A total of 25 footaction stores will receive an inventory.

Now running the numbers on this sneaker would be difficult if I am to incorporate the USA stores ( since I don’t know how many other stores would be included) , so what I decided to was to set the assumptions below to make my task bearable

You can buy the shoe now from our top rated sellers via eBay, see listings below