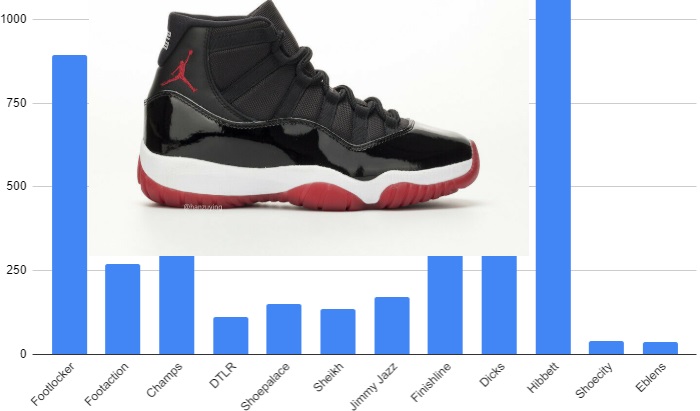 I already wrote a post about the number of pairs of the 2019 Air Jordan 11 Black Red aka “Bred 11” that could be possibly made, if you didn’t read that post be sure to check out the link below

How Many Pairs Of The Air Jordan 11 Black Red Bred Could Be Produced?

When I made my first projection I used a linear model because there wasn’t that much data available to work with. Footlocker and its derivatives haven’t updated their release map yet but it is confirmed that the Jordan 11 Black Red will be a general release sneaker- every retailer will be carrying this item. And since that’s the case making a projection for North America shouldn’t be such a difficult task. So this morning I took a count of most of the major & minor retailers as well as sneaker boutiques that will be selling the Bred 11, then set some assumptions and computer the numbers to come up with a reasonable estimate of the number of pairs that might have been produced. First let’s quickly look at the number of major, minor & boutiques. 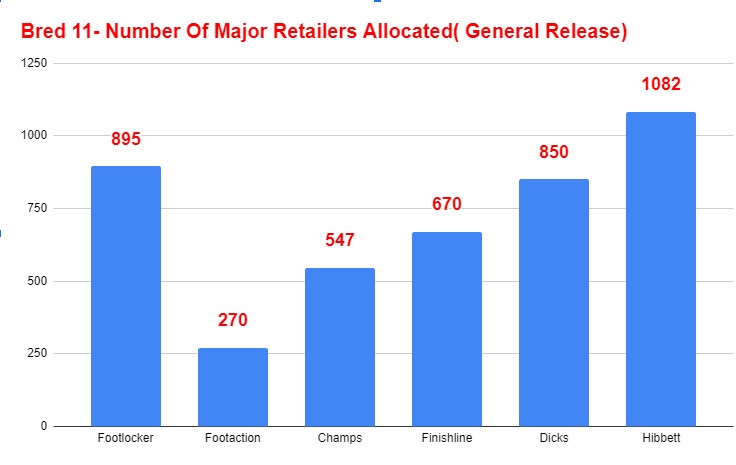 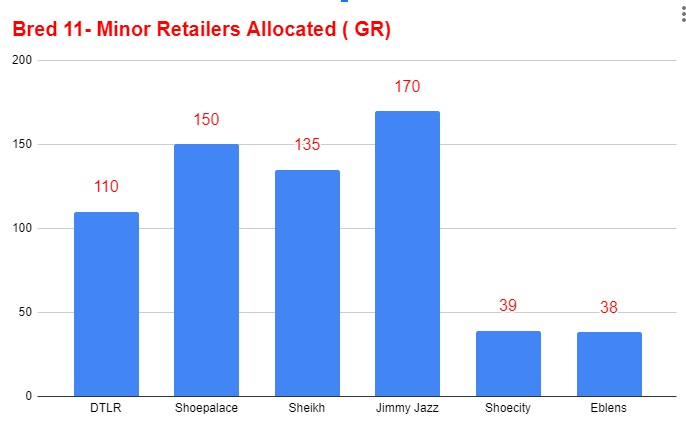 Since these boutiques do not have several physical locations, I’ll only list them:

Now let’s set up our assumptions

If you take into consideration Europe, Asia, Africa ( basically the rest of the world) , we can easily multiply that number by 4 and project the total number of pairs produced to be:

You can buy the Air jordan 11 Black Red Bred from the legitimate sellers via eBay authenticity guaranteed, CLICK HERE