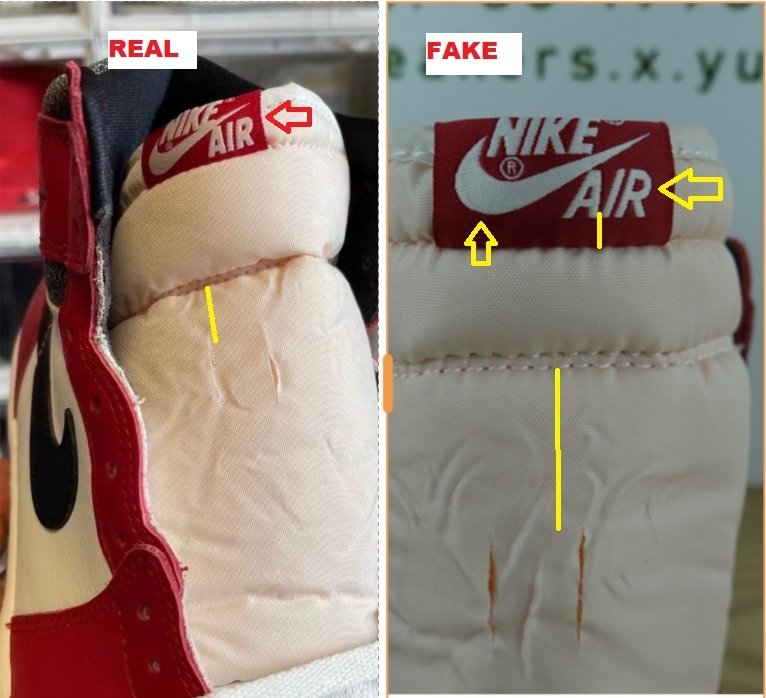 It seems that no matter how often Nike and other major sneaker brands try to crack down on the replica industry, the counterfeiters always find a way to stay one step ahead. The latest example is the upcoming Air Jordan 1 Chicago Reimagined, which has already been hit with a wave of fake pairs flooding the market. While Nike has undoubtedly taken measures to ensure that the real shoes are distinguishable from the fakes, there will no doubt be some consumers who end up being duped.

In this post, I’ll show you some pictures of the fake Air Jordan 1 Chicago Reimagined, and will also point out a few things you can do to avoid them. I do want to mention that the newer breed of fakes are so incredible. They are almost identical to the authentic pairs.

You can see how awful the swoosh logo is on the replica pair, a bit too thick near the front, the difference is obvious. 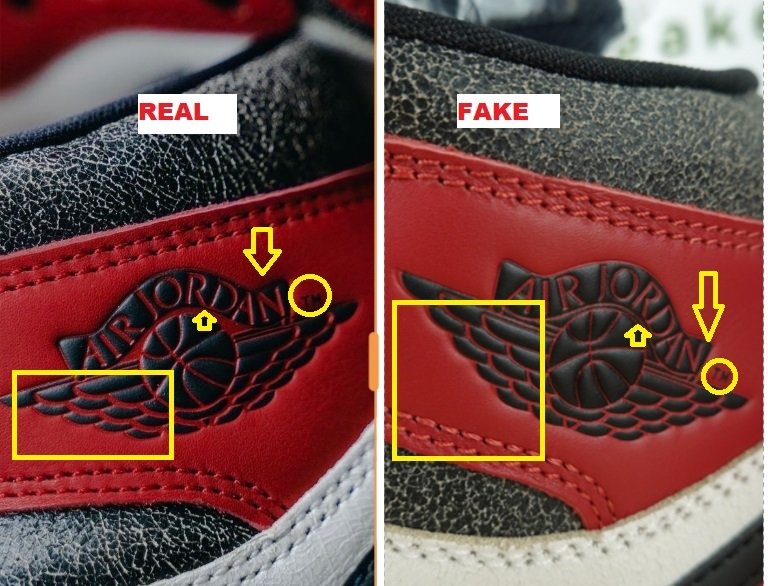 I have to admit that I’m quite impressed with the wings logo this time. They got it almost right. But if you close in on it, you see that the feathers on the real pair are a bit more spaced out ( see yellow rectangle). Also the R and D are supposed to be connected, but on the replica pair, they are not. The “tm” is not bold on the fakes. And you look at the red leather material, it appears to be to synthetic on the fake pair. 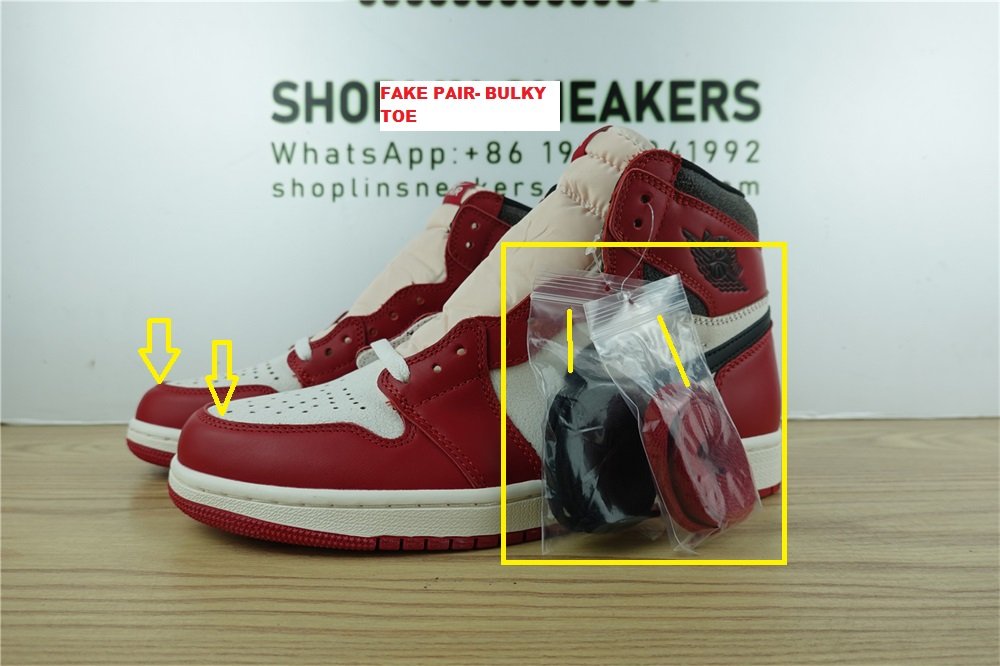 The toe box is too bulky and the spacing between the laces and the opening of the bag is too big. The laces are supposed to be almost adjacent to the edge of the bag. 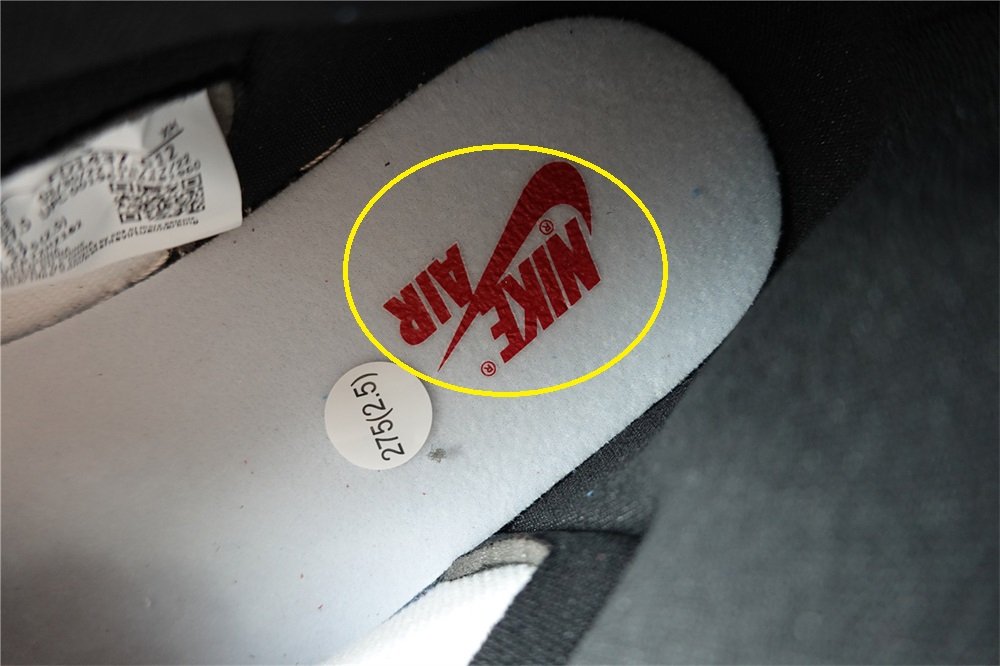 The Nike Air logo is going to peel off as soon as the wearer steps foot in the shoe, that’s because the ink used is of poor quality, and not indelible, see example below 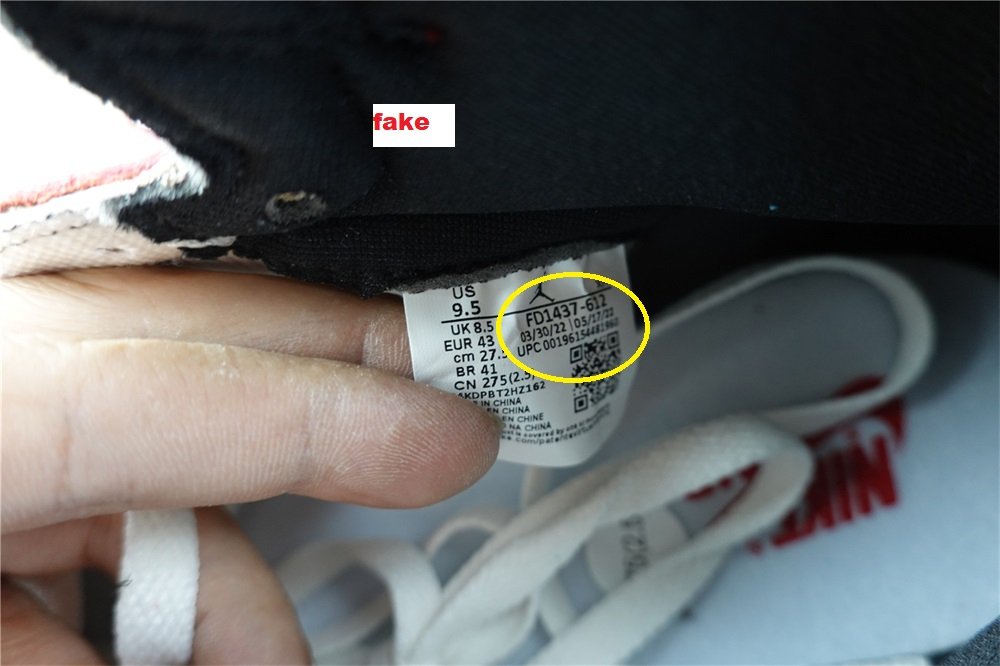 If someone offers you a pair with a production date that matches the one in the picture above, by all means reject it. So far, these are the only things I can point out to you. I’ll update the post if I come across additional flaws. But I’d like to add that you also should submit the shoe to the black light. And if you see dotted lines on it, you know you have been dealt a replica. Hopefully with these tips, you’ll be able to spot and identify the Fake air Jordan 1 Chicago Reimagined.