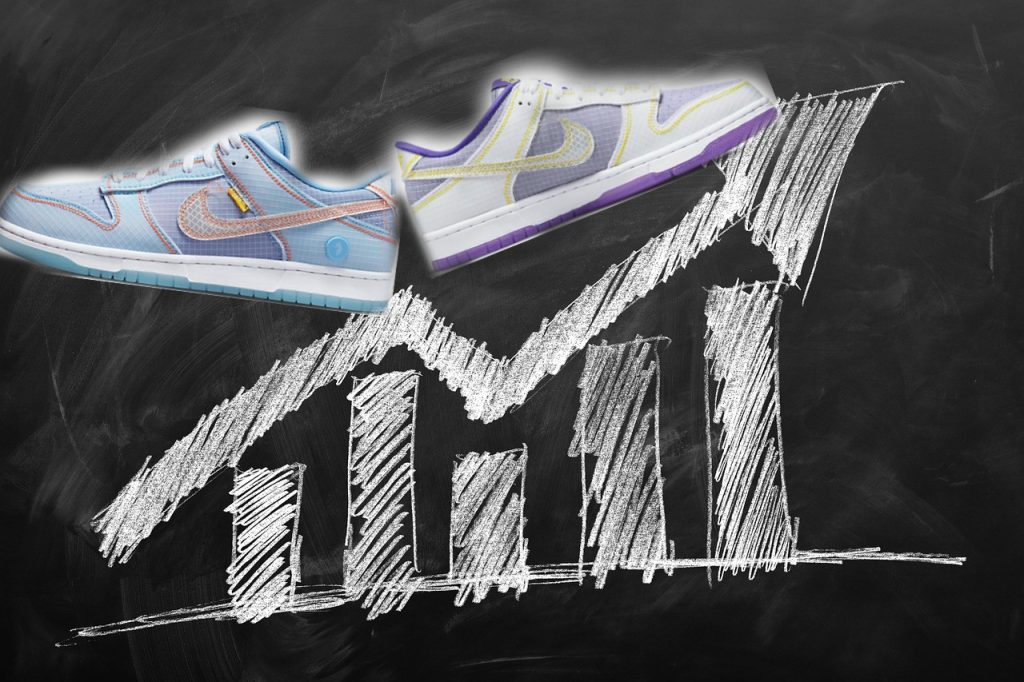 The Union LA Nike Dunk Low Passport Pack Argon & Court Purple is set to officially release on March 31,2022. In the month of February, Union released the Pistachio‘s to set the stage for more colorways on the way. According to Union,

AN ODE TO A CLASSIC JAPANESE DUNK COLORWAY KNOWN AS THE ʻCITY PACK,ʼ THIS UPDATED ITERATION SCREAMS WORLD TOUR. THE UNION X DUNK LOW ʻCITY PACKʼ FEATURES A BOLD RIPSTOP UPPER AND DESIGN ELEMENTS THAT NOD TO CHRIS GIBBSʼ LOVE FOR THE DUNK AND UNIONʼS PAST, PRESENT AND FUTURE.

For an opportunity to score each pair in this upcoming pack, refer to the details below

You can also purchase it right now on eBay from our featured sellers via authenticity guaranteed, CLICK HERE 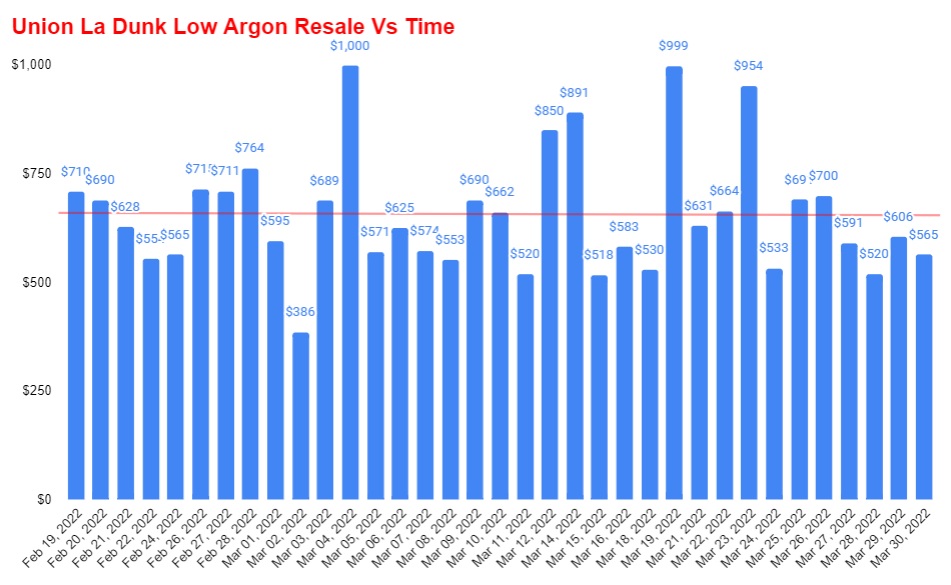 The chart gives us a summary of the average sale price of the shoe since February 19,2022. There is a lot of irregularities in the pattern with certain days recording some astronomical numbers. But overall, we can see that the shoe lost approximately about $0.16 a day since 2/19/22. The current resale value is about $565 and you can expect this to drop by 10% to 15% by the time the shoe releases officially. For better insights, let’s find our five number summary. 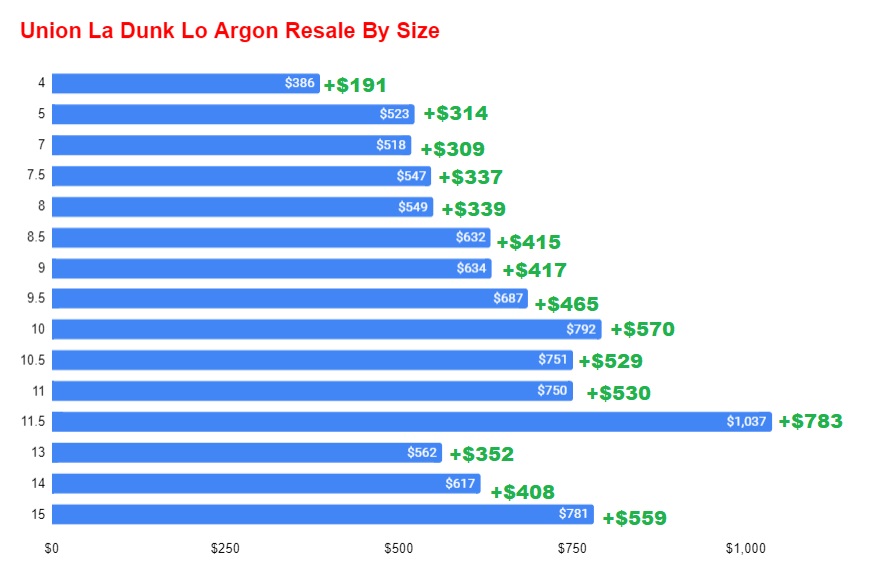 This is probably one of the most money making shoe that was released in the month of March. The margins are incredible and even the lowest profit of+$191 leads to 119.375% margin. Size 11.5 has the highest return at $783 but every other size is just as good. These current margins will probably drop by 10% to 20% when the shoe drops officially, but even with that, one is still sitting on a lot of profits. It isn’t going to be an easy shoe to get, especially for those who do not reside in LA. Let’s check out the next colorway 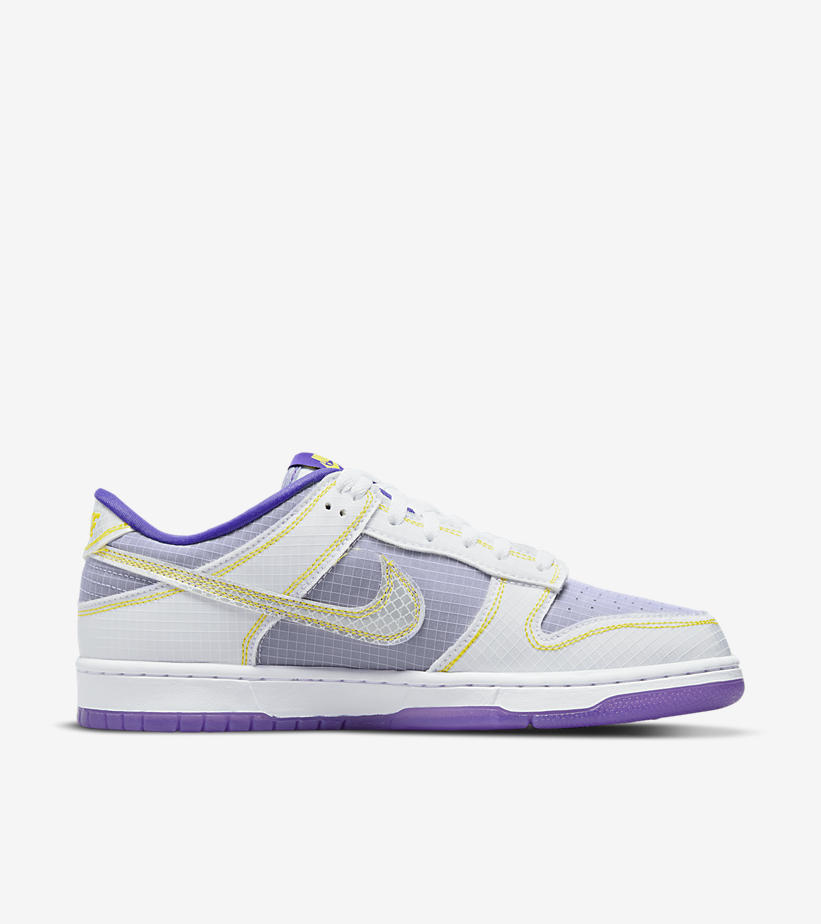 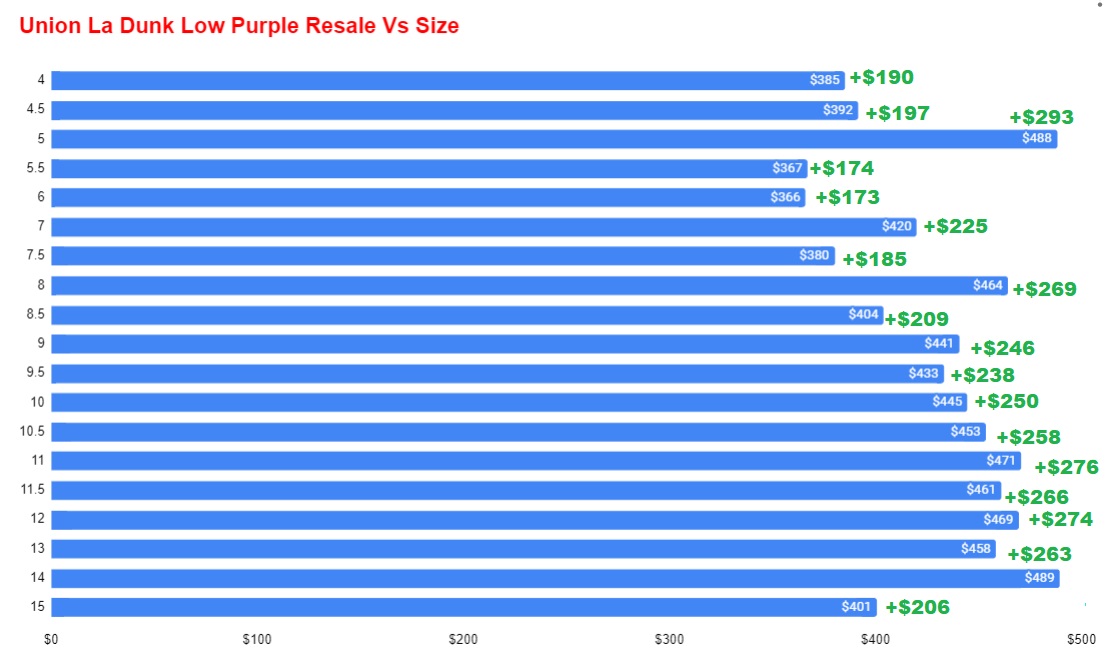 No comments needed on this colorway either. Both sneakers are great investment options, and I’ll encourage you to only look at this from a short term standpoint. I don’t see a significant change in the current resale value happening within a year, so you’d be better off selling it now in order to reinvest in other shoes.