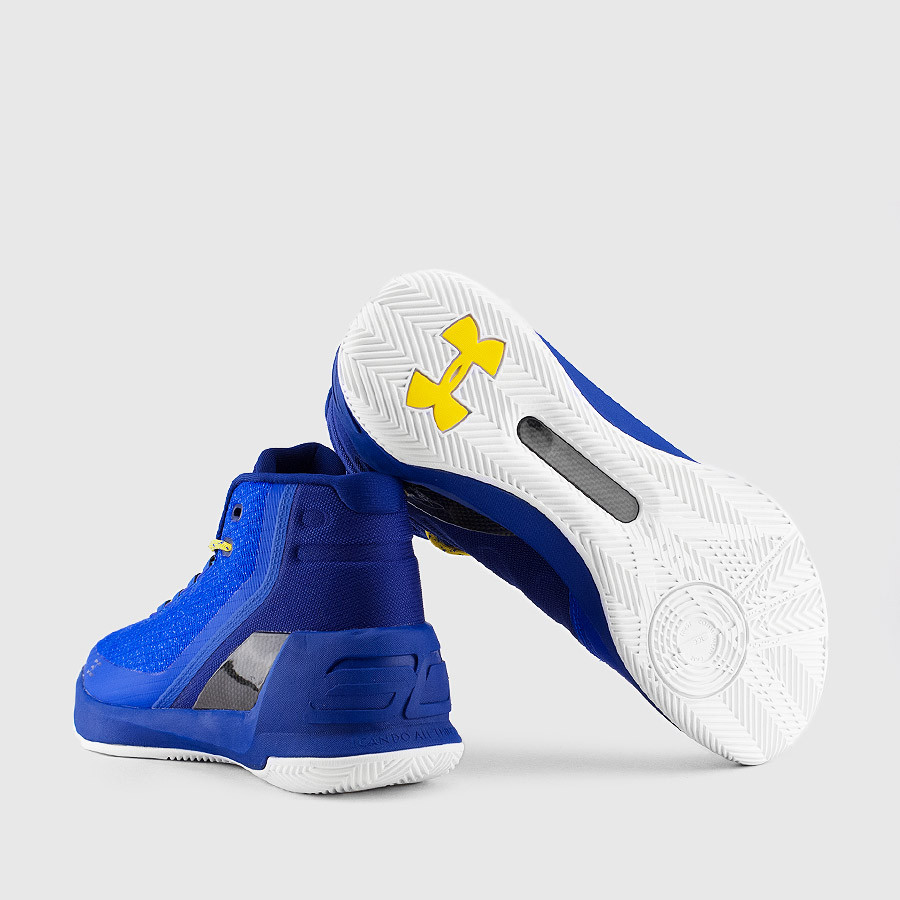 Last week, I gave you a breakdown of the Curry 3 black taxi , you can read the entire post via UA Curry 3 Vs Curry 2. Well, this week another colorway released- the UA Curry 3 Dub Nation Royal Yellow. Like the name indicates it, the sneakers pay homage to the loudest arena in the NBA:” the Dub nation Arena”. Curry and his new comrade KD just annihilated the OKC Thunder in their very first encounter since Durant left the team. The warriors then lost the very next night by a deficit of 30 points to the young Lakers. I’m very curious to see how the entire season is going to play out. 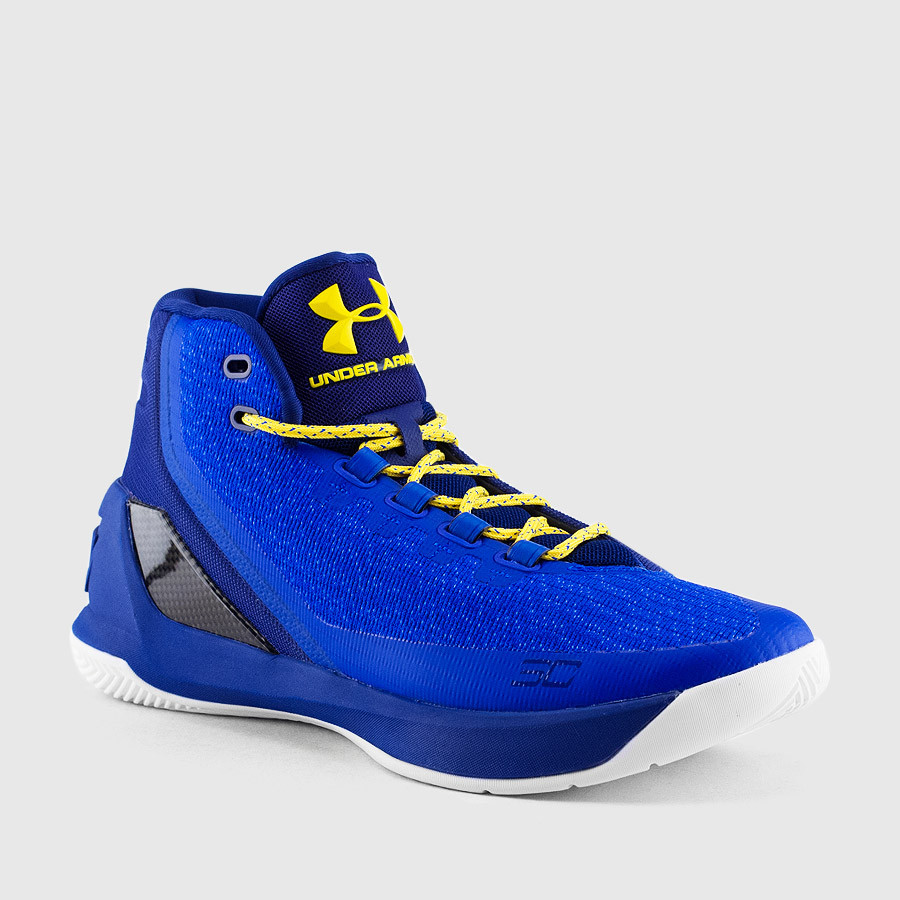 The shoes are dressed in the Team’s blue and yellow uniform, and will include a set of two laces as well.The Curry 3 features the thread borne technology on the upper part, which is intended to facilitate multi directional changes and keep the foot stable. The signature anafoam material covers part of the heel and the medial side, and offers the foot much more stability and a cushioned fit on the sides. I also really like the Heel counter which works together with carbon fiber shanks near the heel for much more stability. Ii’m telling you from a functionality standpoint, these shoes are the REAL DEAL. Main features are as follows 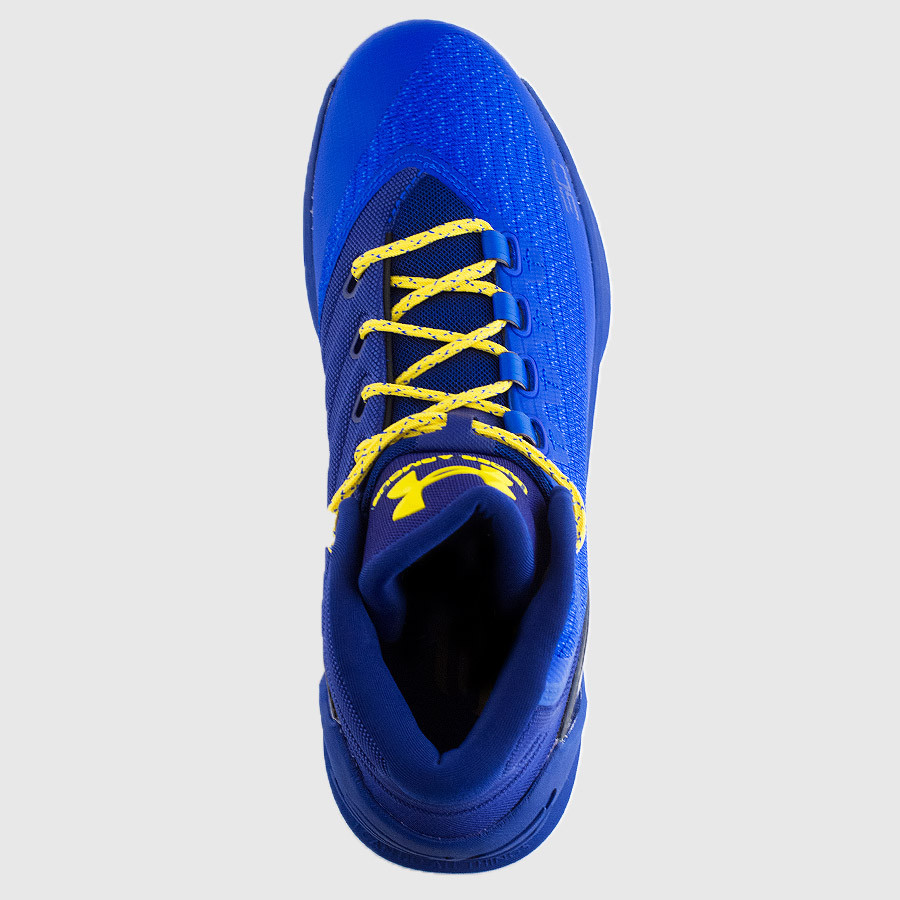 WHERE TO BUY THE  UA Curry 3 Dub Nation Royal Yellow?