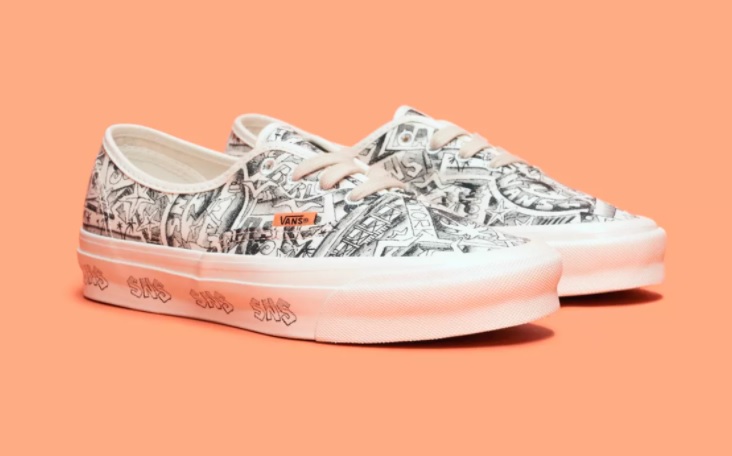 The SNS Vans OG Authentic LX is set to officially release on August the 18th. That is not the only goodies that both long partners are concocting. Also included in the collab is an SNS apparel capsule that includes a t-shirt and linen pants, which will be available exclusively through the SNS app on August 18th, with sign-ups beginning on August 13th and closing on August 17th. Now back to the shoe.  Vans has played a huge role  part in California footwear since 1966, and to recognize this long legacy, SNS uncovered a print from the early 1990s in the brand’s archive honoring the beaches of Southern California, more precisely Venice Beach.

The Authentic LX is made with trademark canvas, a vulcanized midsole with “SNS” writing, and the classic waffle outsole. The artwork is printed all over the top. Refer to the release details below if you’re interested in purchasing the entire collection

Where to Buy The SNS Vans OG Authentic LX

Here are some pictures of the shoes courtesy of Vans