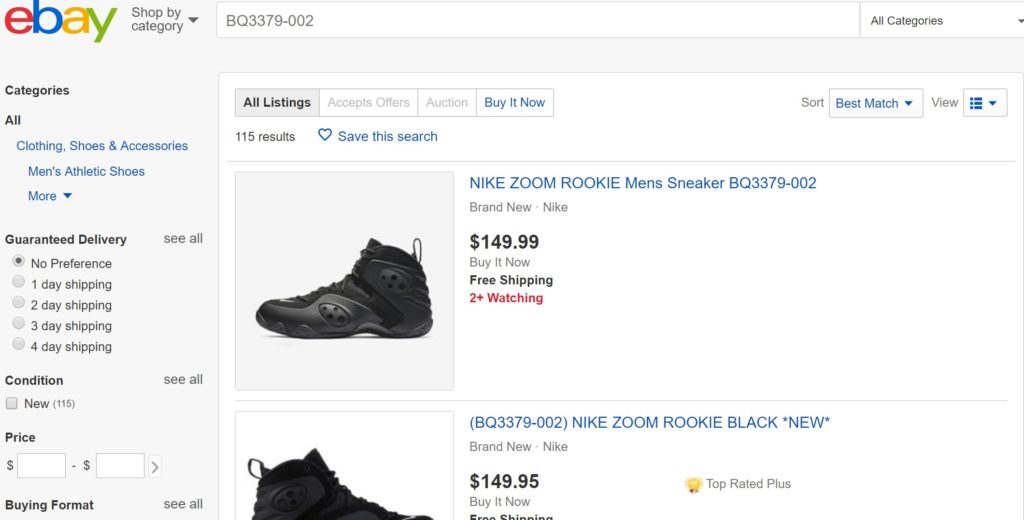 The Nike Zoom rookie was originally introduced in 2011 and the only colorways that were coveted were the “Galaxy” and the “Glow In The Dark” editions. I remember picking up a bunch of the memphis blue and the varsity red pairs for as low as $49.99 via Footaction. I’m really wondering what motivated Nike to resurrect these sneakers again; and the worse part is that they are retailing for $210. I’ve seen several minor retailers with full size runs sitting on their websites , see screenshot below

Shoe City is selling the shoes for $210 and I can guarantee you that the online store has not sold a single pair. I know this is a bold statement but what these retailers don’t understand is that third party marketplaces are the primary shopping engine most consumers use. Check the screenshot below 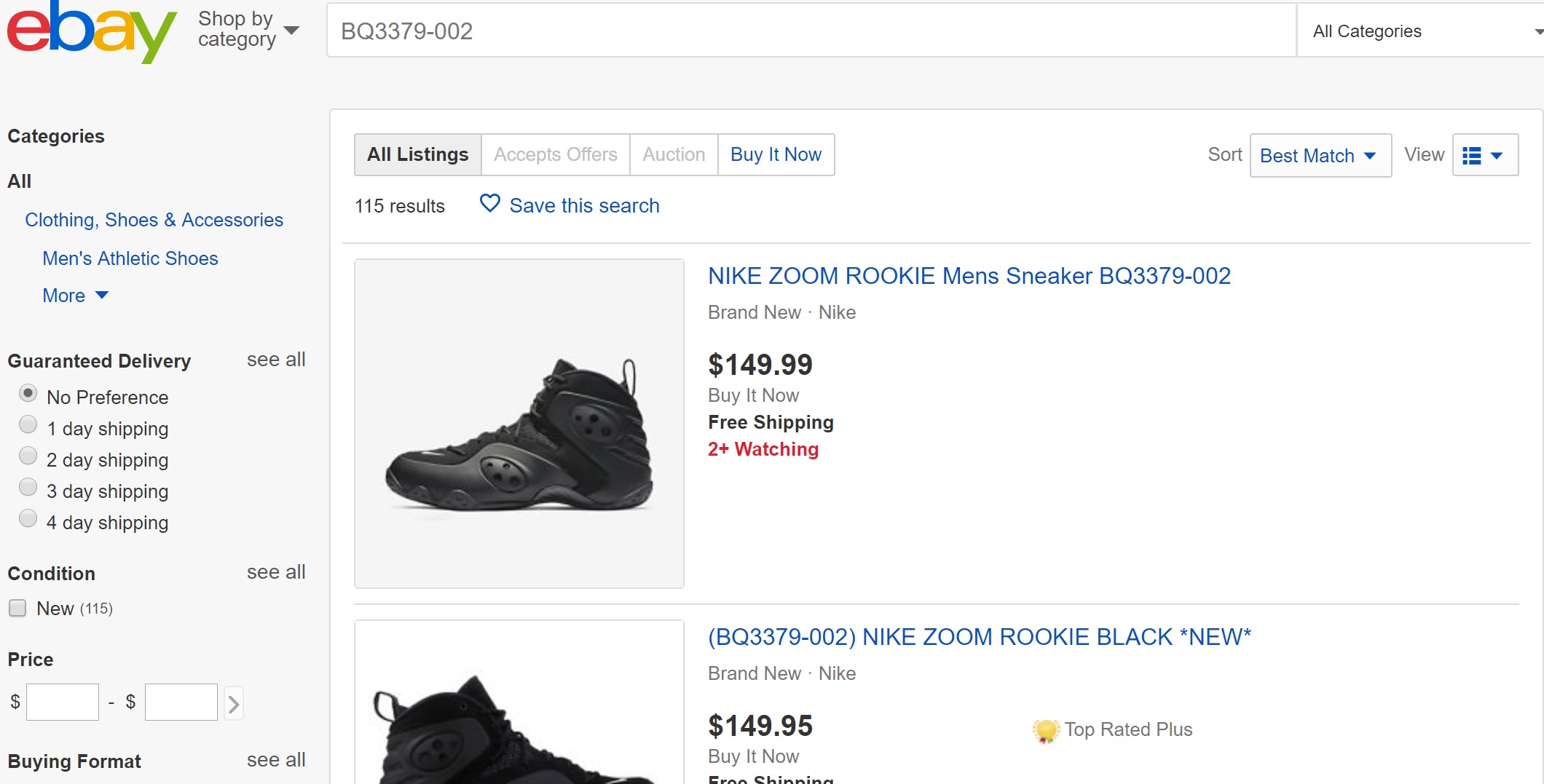 The same shoe is already available on eBay for $149.99 ( basically 28.6% less than the original suggested retail price) so which price is more enticing to the buyer. Unless you’ve lost your common sense, you wouldn’t pay $210 for these. This is the issue retailers are facing and they keep ignoring it to heir own demise.

This black pair of the Nike Zoom Rookie will taking up more retail space for the next few months and will eventually be marked down to $99 by mid January. There is no pressure on the buyer to make the purchase ( sneaker options are limitless) so this is another BIG L for retailers.

For those interested in buying the shoes now, refer to the listings below from our eBay featured sellers