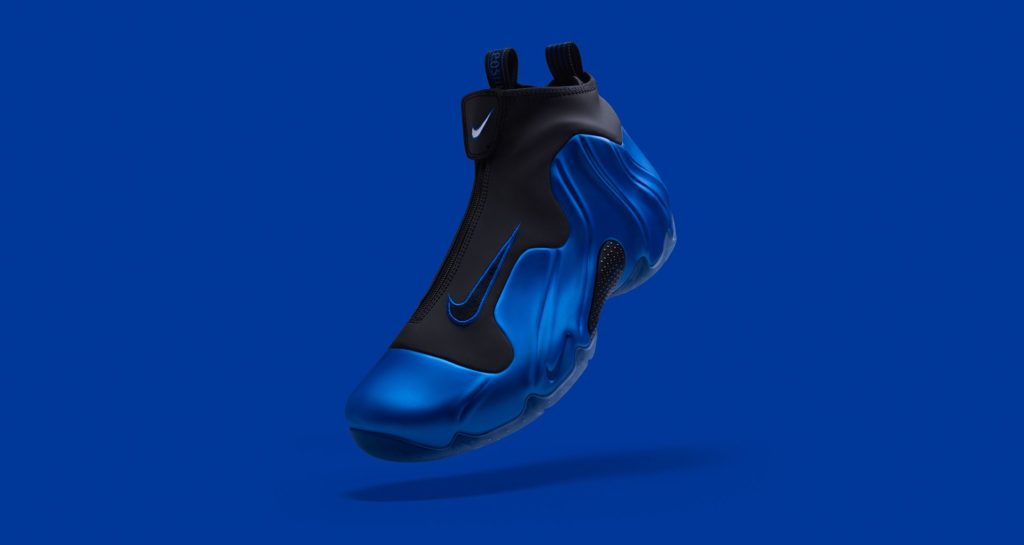 The Nike Air Flightposite Dark Neon Royal is officially releasing on July the 28th; a lot of the basketball sneakers that marked the early and late 90’s are being brought back. It’s a strategic move by Nike especially in a time where many brands are riding the wave of the classic 90 era. The Flightposite was primarily engineered with Kevin Garnett in mind if I’m not mistaken. Nike actually came out with a commercial in which KG was on the playground rocking the flightposite, see video below

This shoe features a synthetic upper made molded from polyurethane liquid; cushioning comes directly from the air injected zoom insole so basically the sneaker is directly connected to the sole.

HOW LIMITED IS THE SHOE?

The shoe is definitely going to be very limited based on my following observations:

-I told you how important third party marketplaces are, the shoe isn’t even available on eBay ( so do the math)- resellers haven’t been able to get their hands on them so you these are very scarce

The legion green flightposite might have been the brand’s guinea pig; several retailers had the shoes but they didn’t sell out and are now available on eBay for 20 to 40% below their retail price. I bet you Nike probably realized it would be better to put a tight leash on the next colorway for fear of losing its appeal.