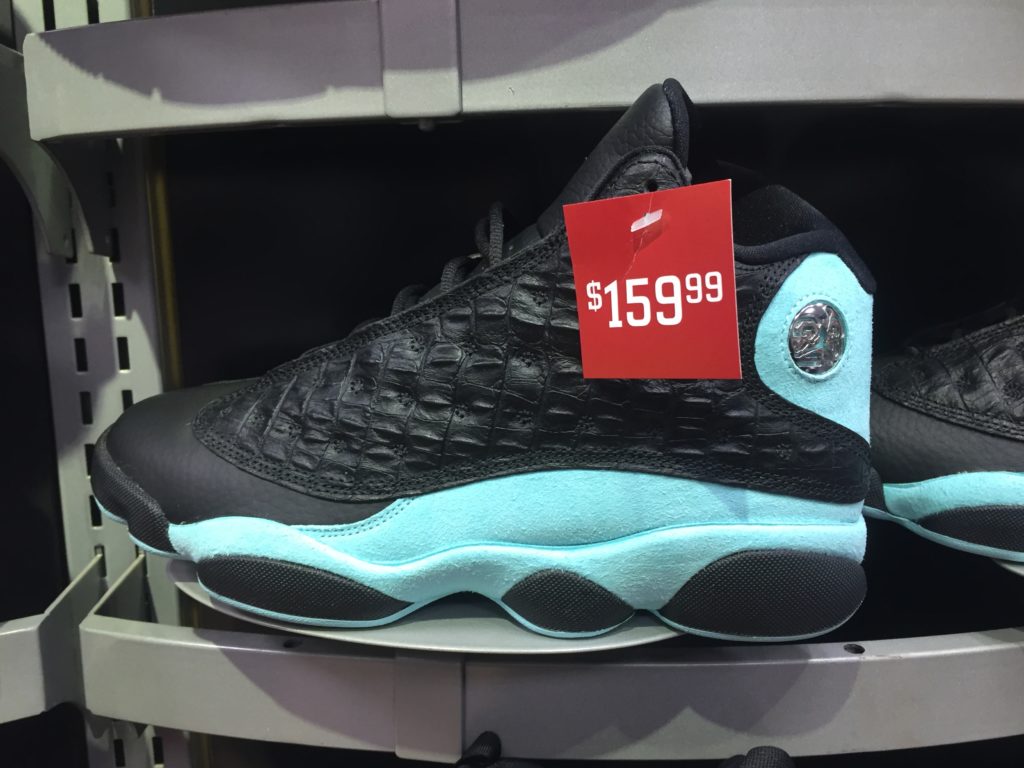 I wrote a post about the current resale value of the Air Jordan 13 Island green a couple of weeks ago with the intention of pointing out a serious issue with general release sneakers. In the post I asserted that for retailers to compete with third party marketplaces, they would have to price- match places like Stockx ( since the platform pretty much regulates what the consumer is willing to pay for a certain shoe). Well two days ago I walked into my local mall and saw that the Jordan 13 island green was marked down to $159.99.

In the article that I wrote, I made the following observation 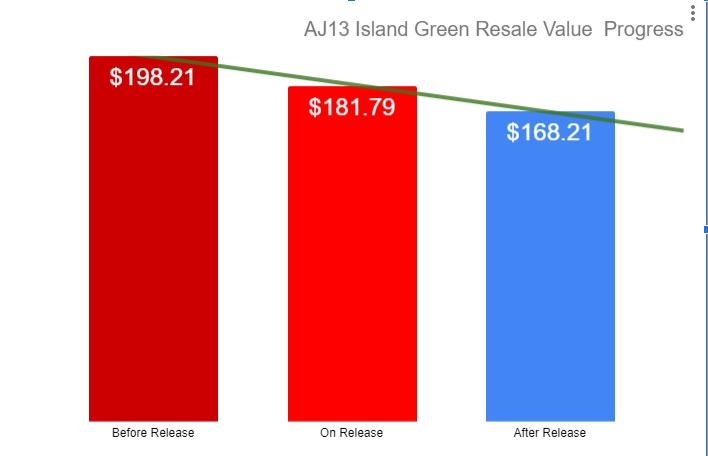 Here is the interesting part about my discovery at the mall- it’s only been 22 days since the shoe has officially dropped. So what is causing a major retailer like Champs to drop the price by 20% already? Some will say it is because of Black Friday so stores want to stimulate sales by enticing customers. As much as that is true I think Champs has realized that the Jordan 13 island green is a toxic shoe. In other words , if the company chooses to keep the shoe at the $200 suggested value, they run the risk of sitting on it for several months. So the only other option is to use Stockx as a gauge to price their inventory. I’m suspecting that we are witnessing a major change in the retail market-major and minor chains are going to indirectly rely on third party marketplaces to drive their sales or die. In other words, retailers are going to find a way to cater to the consumer’s needs by running parallel with third party marketplaces’s prices.

But I think retailers are still reluctant to be co linear with their e-commerce shops. I wouldn’t have known that the Jordan 13 Island Green had been marked down Had I not visited the mall. Why is this important? As enticing as the price is, it isn’t accessible to the online customer.

I don’t understand the reasoning behind this, the shoe is still going for $200 online but only $159.99 in stores. This is a $40 gap ( 20% difference). Champs is relying on a shaky foot traffic to sell this shoe  and that’s not sufficient. I’m not sure why the company insists on keeping the item’s price at $200 online and $159.99 in stores. Maybe it has to do with their clauses with Nike ( I don’t know I’m just speculating). All I’m saying is physical stores and their online counterparts have to be one. 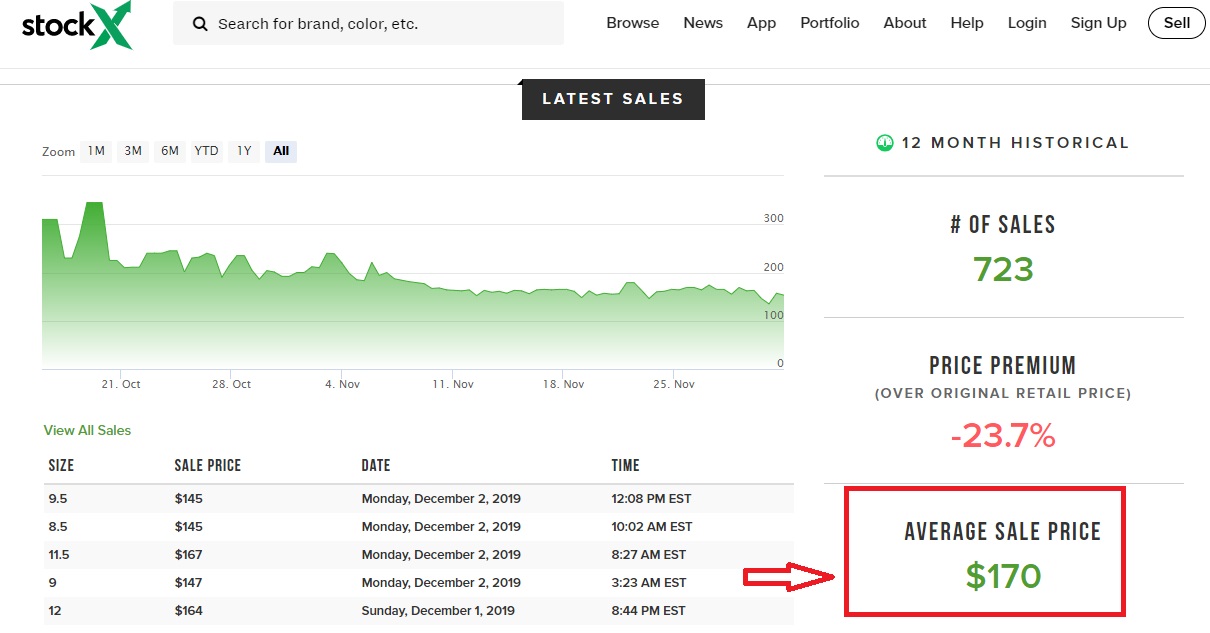 The AJ 13 island green’s current average sale price on StockX is $170 , which is $10 lower than the stores’s price at Champs ( $159.99). So how come Champs is still sitting on several units? Well you don’t need to be Einstein to know the obvious- the ecommerce price is still $200 so where do you think the customer will purchase the shoe from? Champs online or StockX, or maybe they’ll take an uber and find the closest Champs store around?