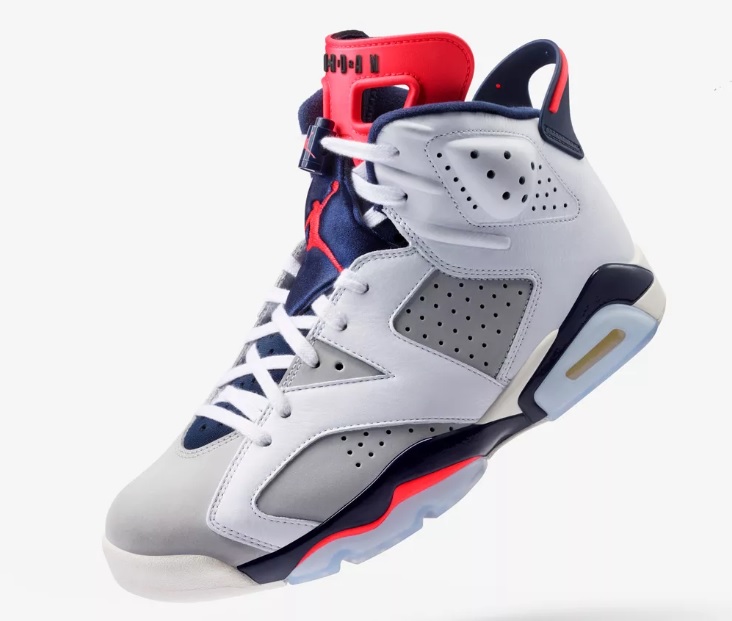 The month of September went by so fast I can’t even recall the major events that took place within it. The Air Jordan 6 VI Tinker White Infrared 23 is officially releasing on Saturday October the 6th and will not be limited at all. I checked Footlocker, Footaction and Champs launch locators and nearly all their physical locations have been given an inventory.  Moreover, most of the minor retailers have the shoes listed on their calendar so we can conclude that a substantial amount have been produced. The only reason why I’m going to make a projection on the number of pairs produced is so that I can create an equation that will facilitate the task in my next posts ( as it pertains to General Release Jordan 6’s). I’ll consider the following assumptions,

.Footlocker and its derivatives will receive about 1/3 of the total inventory

.Each store will receive about 12 pairs ( i’m being extremely generous)

.And their online stores ( Eastbay included) will receive about a third of the inventory the physical locations will be allocated.

There are a  little over 1000 Footlocker stores, 547 champs stores and  272 Footactions in North America  and most of these locations will receive the shoes.

let’s not forget give Eastbay a 1/3 of the total from the FTL,FTA, Champs online combined

And now the Grand total is based on our earlier assumptions: 36800 x 3=110400 and I think it sounds about right ( do your own homework if you don’t agree with this estimate). You can deduct the number of house of hoops from the 1000.

So far a total of 8 pairs were sold on eBay ranging from $199 to $239 and that’s not enough data to make any bold claim about the third party market value.

The screenshot above basically paints the story perfectly, folks aren’t willing to pay above retail for these sneakers. They are going to be available in massive numbers so I wouldn’t pay more than the retail price for them.

StockX on the other hand recorded about 46 sales at an average resale value of $211, see screenshot below. Now is this a reflection of the Truth? I don’t know because these numbers can’t be verified. But if this is a reflection of reality then what we are witnessing is the slow takeover of StockX ( because the company has recorded about 6 times as many sales as eBay). I wrote about the growth of StockX, see post below

You can also purchase them now on eBay from our featured sellers, refer to the listings below