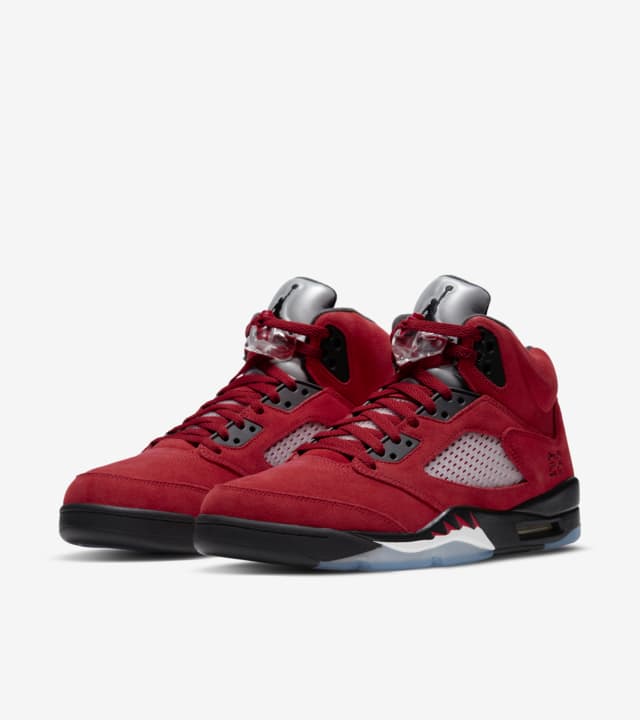 The Air Jordan 5 Raging Bull also known as the Toro Bravo 5 officially releases on April the 10th and retails for $190. Nike originally released this colorway as part of the DMP pack in 2009. It also included a grey pair with 3M reflective details and came in a two compartment box that had looked like a hardwood floor, see image below. I’m not sure why the brand didn’t just bring the entire pack back, I think that would’ve kept the integrity of this classic collection. It’s interesting because when the DMP raging bull pack released in 2009, it went on sale via several retailers including my local Footaction where the it was marked down to $199, oh how I wish I could rewind time. 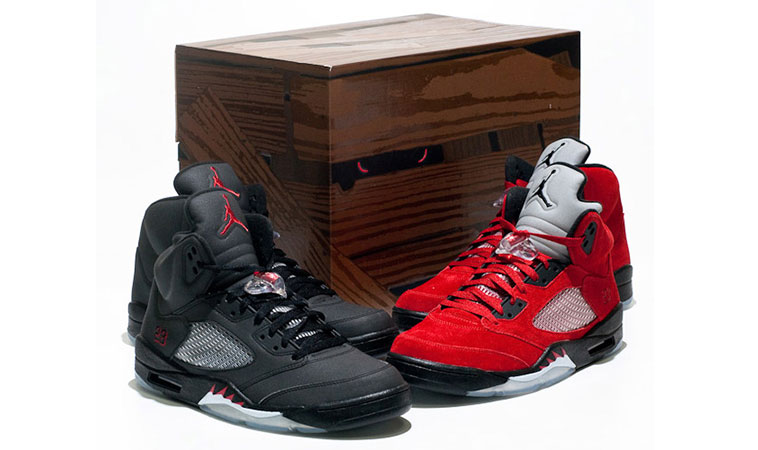 The Jordan 5 Toro Bravo features a bold red upper dressed in premium suede leather with black highlights throughout the entire shoe. Additional details include a silver tongue, the customary netting on each panel and Jordan branding hitting the heel, the outside of the tongue and the insole. A subtle 23 can also be spotted on the quarter panel. The shoe is equipped with a durable midsole and and visible air units at the heel or maximum cushioning.

I’m going to be writing a projection on the number of pairs made of this sneaker on Tuesday so be sure to check the site on April the 6th for that. I’ve also seen that fake pairs have hit the market and I’ll also be showing you how to quickly spot them in a few days.

In the meantime, you can buy legitimate pairs on eBay from our featured sellers via authenticity guaranteed, CLICK HERE 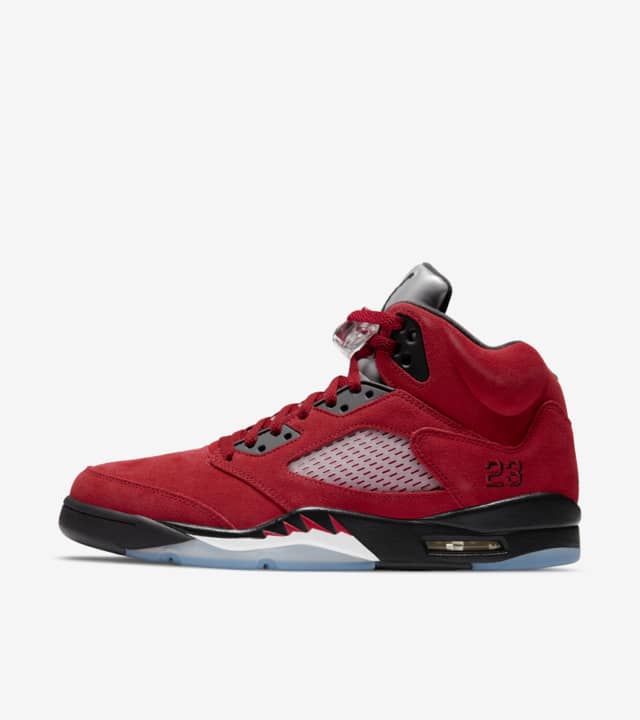 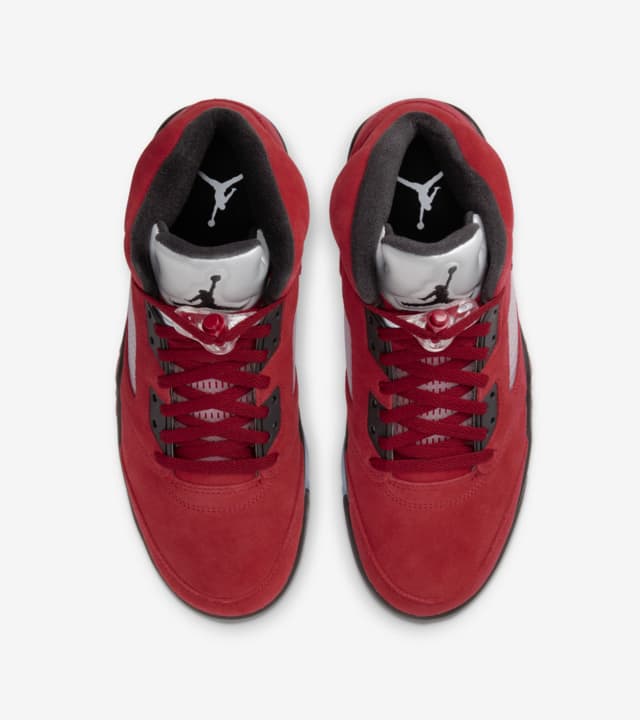 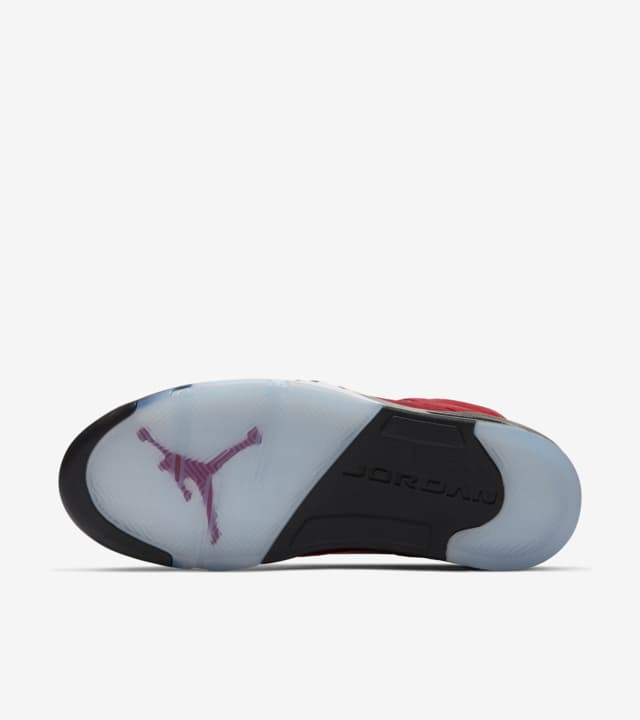 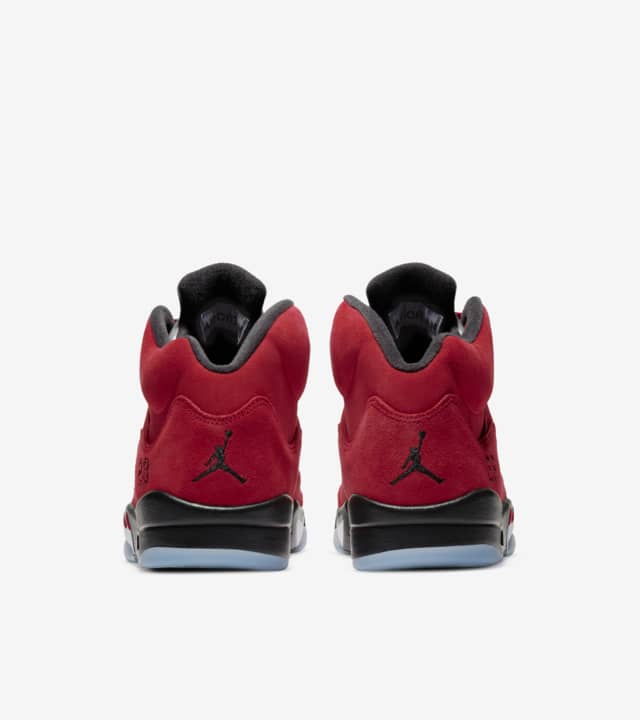 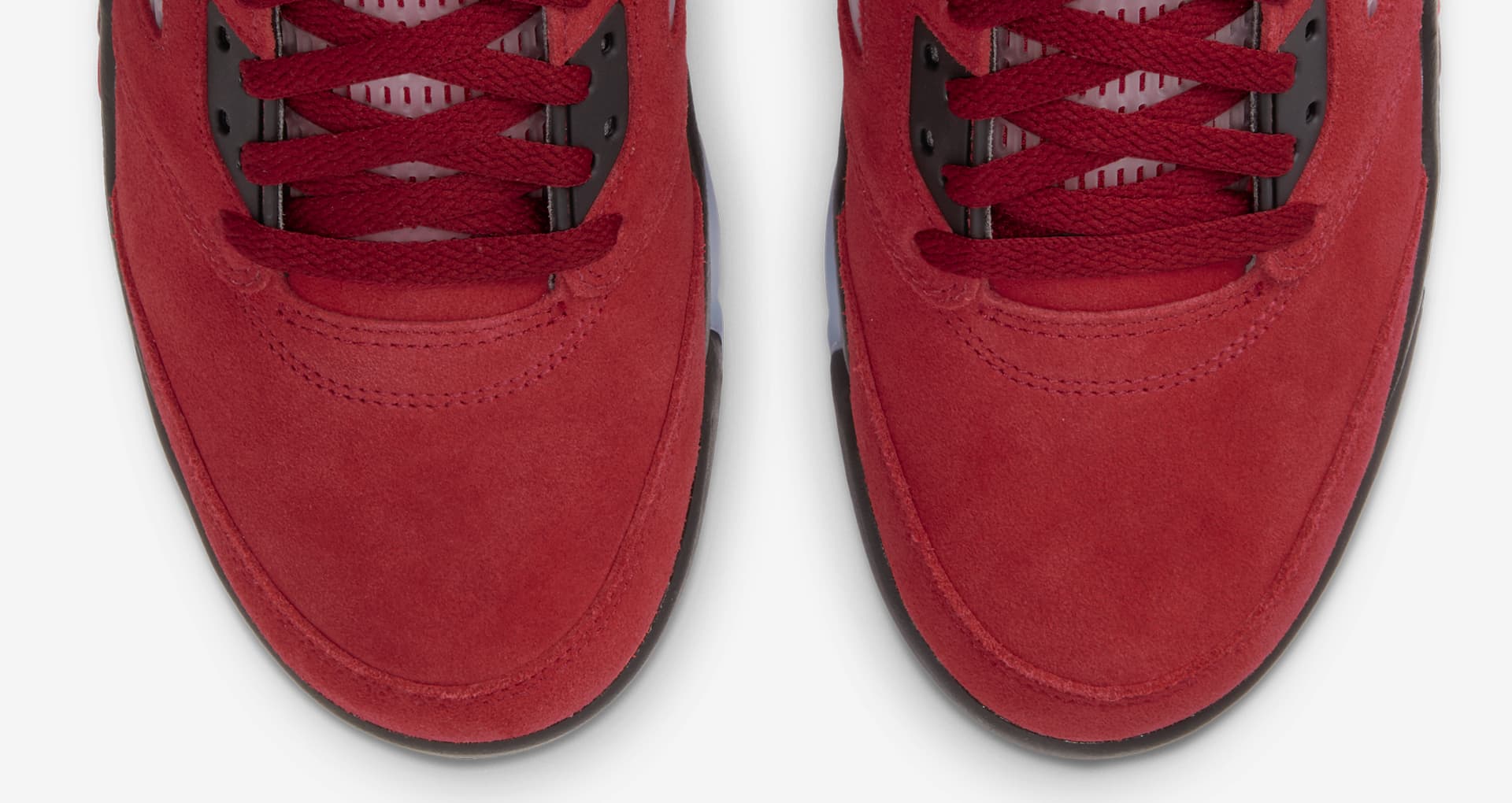 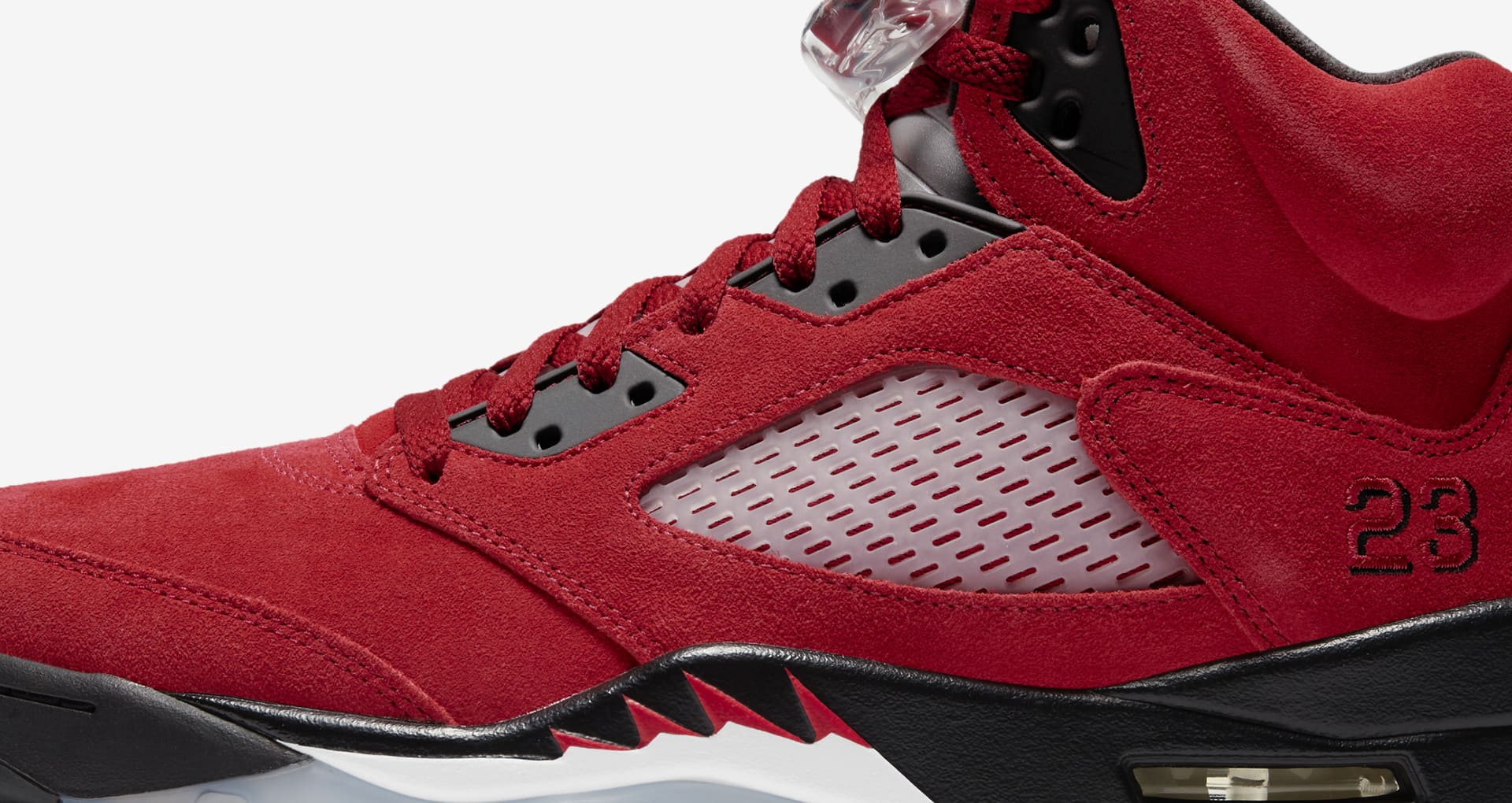 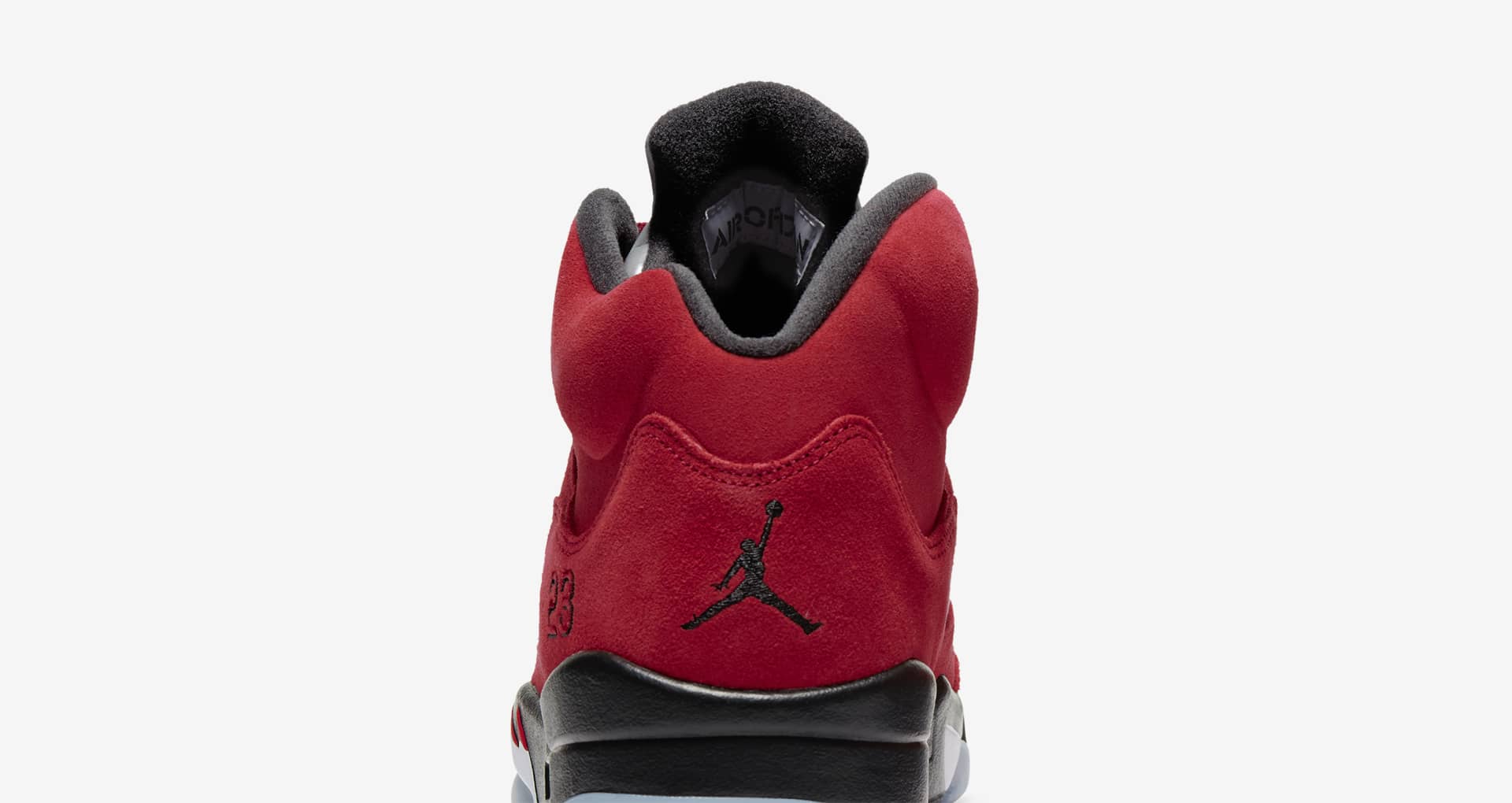