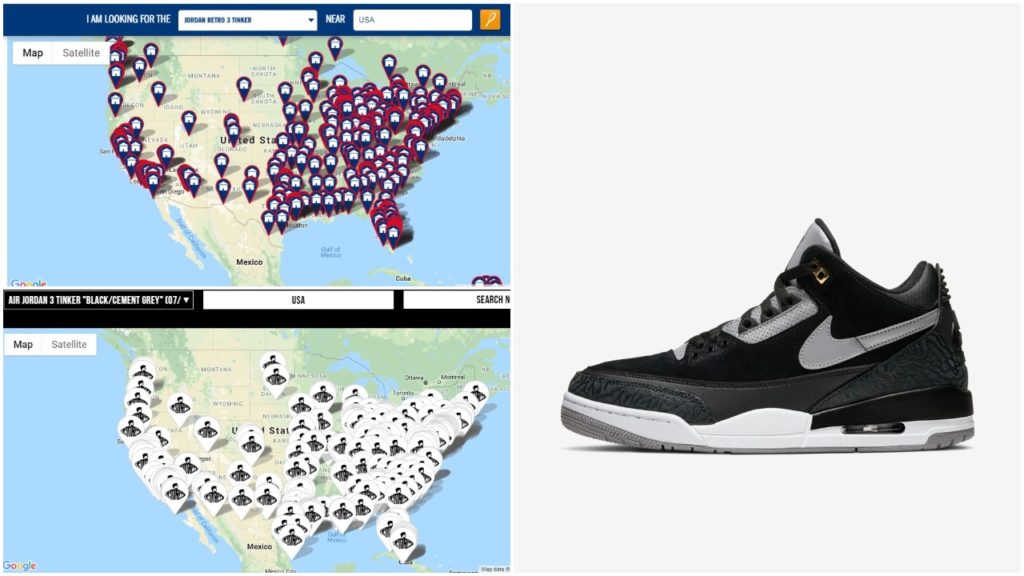 0shares
The Air Jordan 3 Tinker Black Cement is officially releasing on Saturday July the 27th; I wanted to write a projection post on it but decided not to waste any of my valuable time doing so, why??  Because the shoe  has been mass produced and will be available in colossal units. For folks  looking to acquire the shoe for resale purposes, I will advise you to invest your hard earned capital on a lemonade stand for the upcoming week- end yard sales. Let me give you a rough picture of the number of stockists getting the shoe, as well as footlocker and other retailers’s release map to confirm my assertion.

In addition to the retailers above, the following are also getting them

DTLR ( all 150+ stores are allocated), Finishline (  most physical locations and online as well) Footaction ( in stores and online), Jimmy Jazz, KicksUSA, Sheikh Shoes, Citygear, Shoe Palace, and a gang of more stores are getting them. I’m only giving you a small list just to show you how flooded the market will be.

The last pair Jordan 3 tinker that dropped was made after the university red Air Max 1 and can be fetched now locally for as low as $179 , see picture below 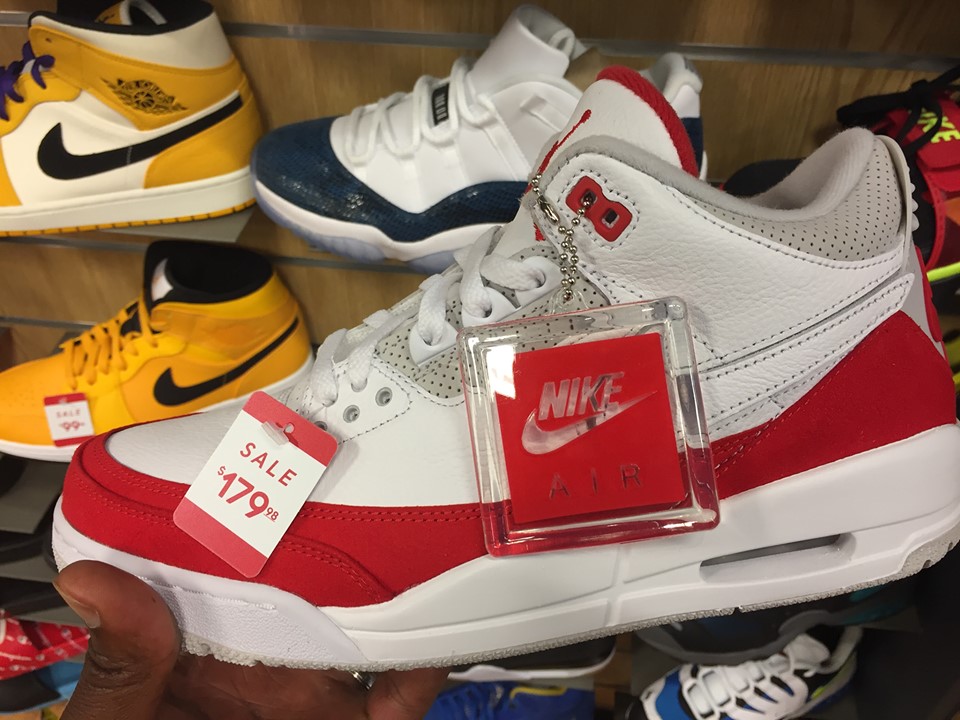 The Air Jordan 3 Tinker black cement is probably going to move off shelves a bit better because the colors are conservative ( and we are also entering the Back To School period as well). I’m expecting retailers to sell a little less than  half of  their inventory this week end. But I won’t be surprised if  some stores do no even sell a single pair. 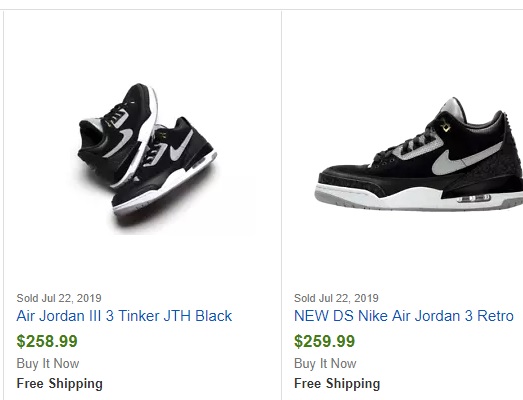 eBay’s sales records are pretty awful, only two pairs sold and Stockx’s recorded about 168 sales at an average price of $216, less than retail so I actually think retailers are going to bite a lot of dust with these shoes. 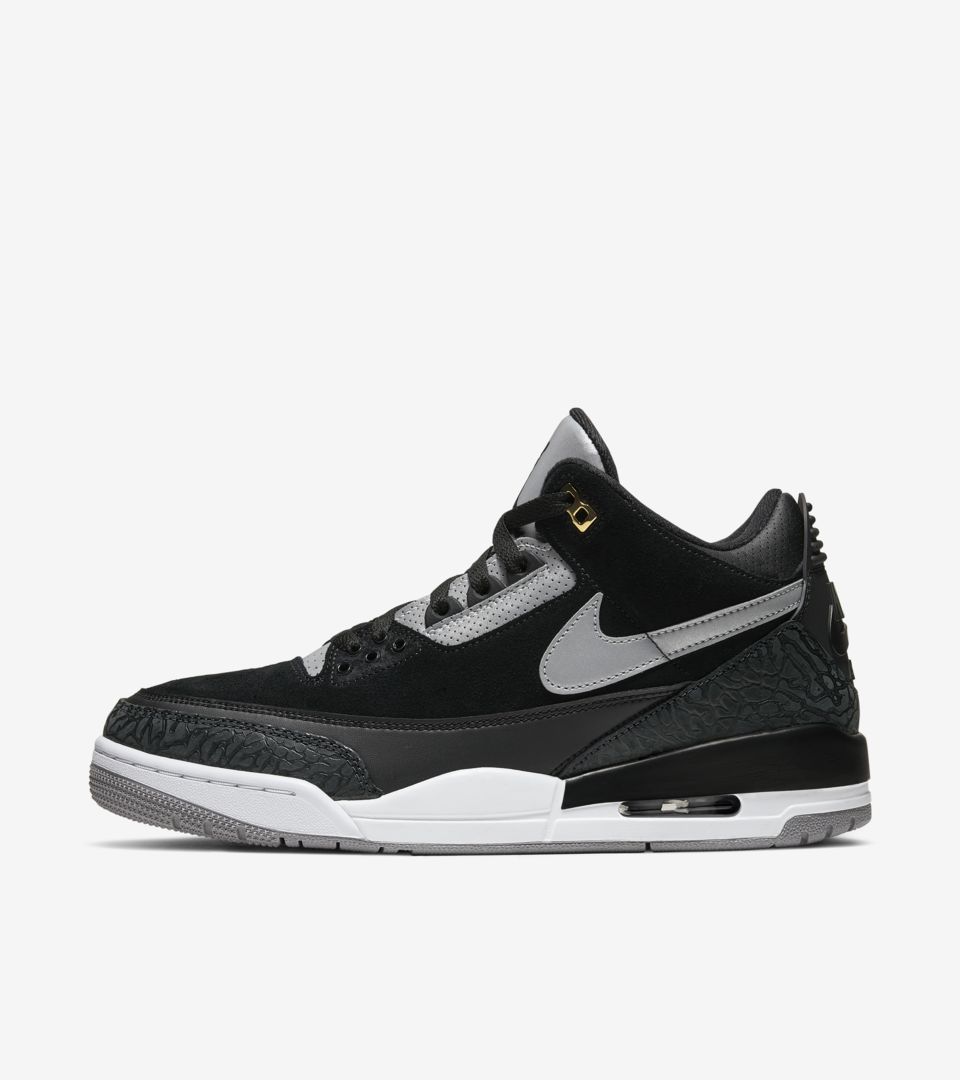 Air Jordan 3 Tinker Black Cement
style#CK4348-007, $225
You can buy it now on eBay below retail from the featured sellers in the listings below