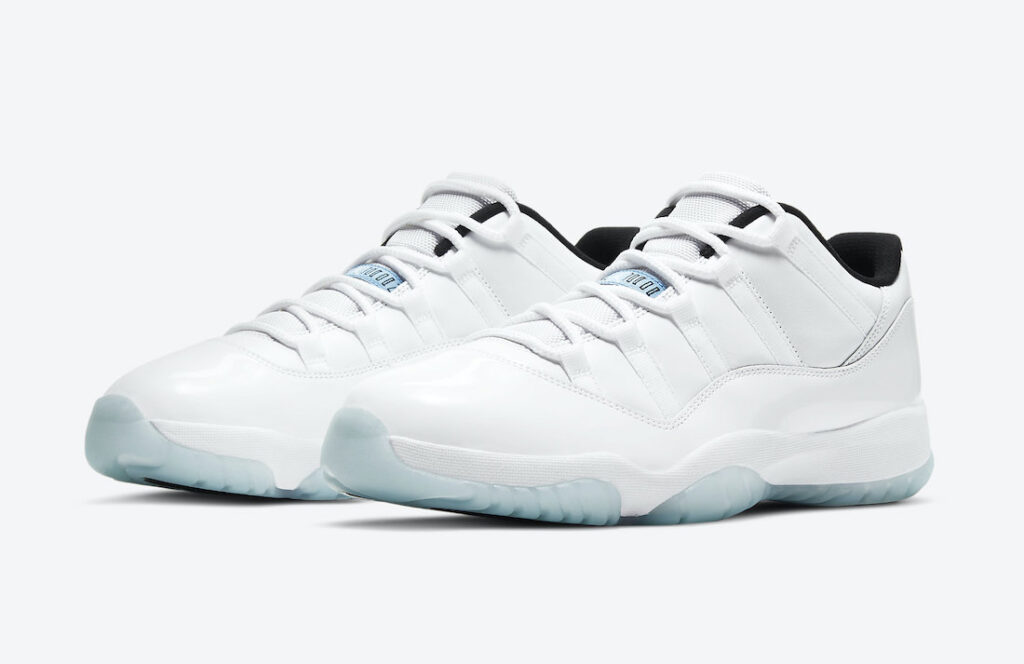 The Air Jordan 11 Low Legend Blue will officially release on April the 24th and retails for $185. The shoe was inspired by the Jordan 11 High legend blue that released in 2014. I actually wrote a projection post on that shoe and came out with an estimate of 963,000 pairs. Jordan 11 lows usually receive somewhat of a lukewarm response from sneaker heads but with the way things are going lately, I don’t think any Jordan retro will be collecting any more dust on retailers’ shelves, in other words the legend blue 11 will certainly sell out when it drops.  Here is a quick description of the shoe courtesy of Nike

Following the release of a matching mid-top in 2014, this crispy colorway unites the iconic Air Jordan 11 with an ice-cold color scheme featuring white and frosty accents of Legend Blue.
Familiar details include MJ’s number 23 on the heel and glittering patent leather across the mudguard, while an icon on the shoe’s insole marks the silhouette’s 25th anniversary. Grab this piece of footwear history before the celebration ends. 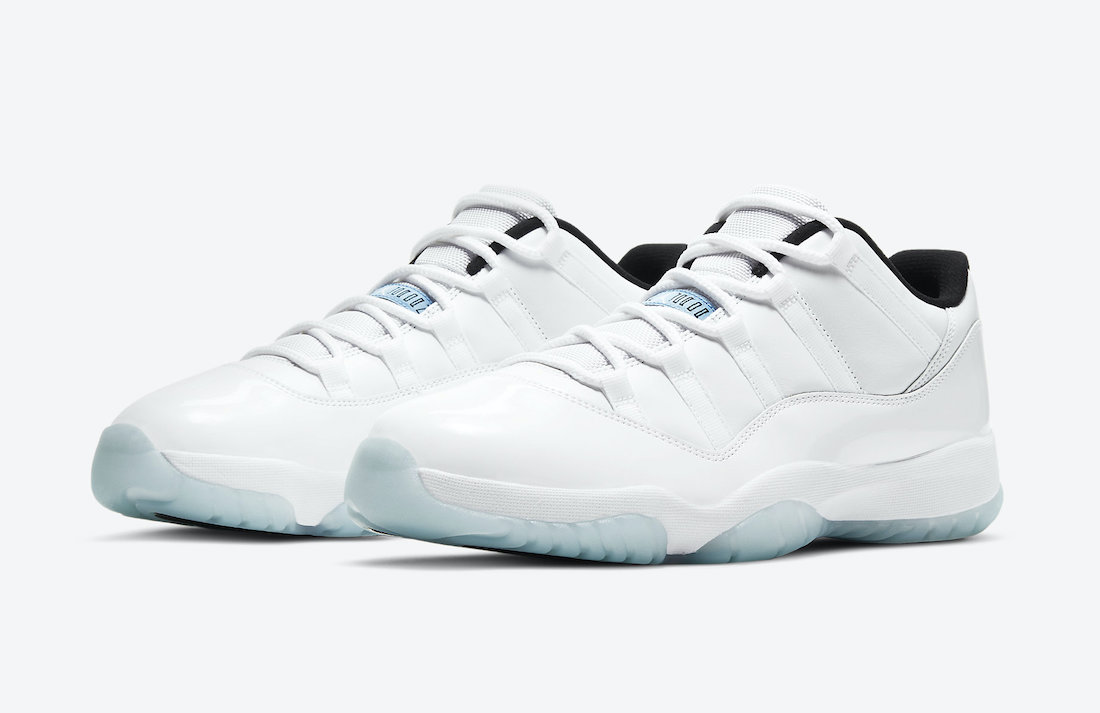 I don’t think I will be writing a full projection post on the shoe but let me give you some quick information on the possible number of pairs made. All major and minor retailers will carry this model both in stores and online, which means there will be a substantial amount of pairs available. Because I’ve written several projection posts on general release sneakers, I came to the realization that their production numbers are fairly similar and usually fall within the 200,000 to 400,000 interval. So I believe the number of pairs of the Jordan 11 low legend blue will probably not exceed the 300,000 mark. 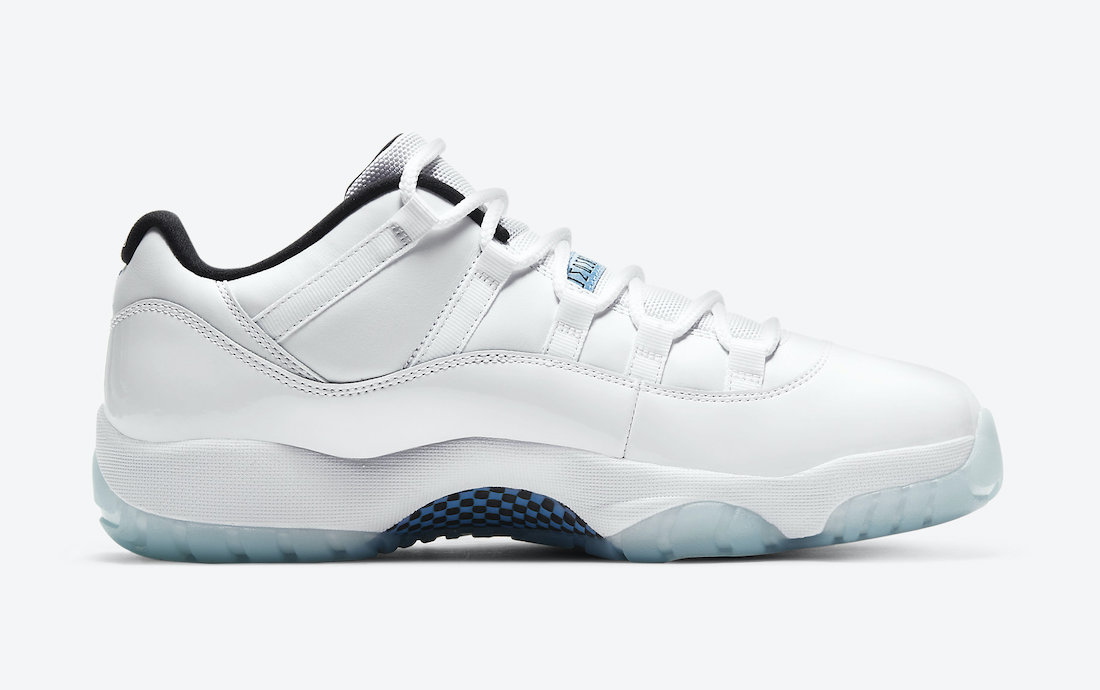 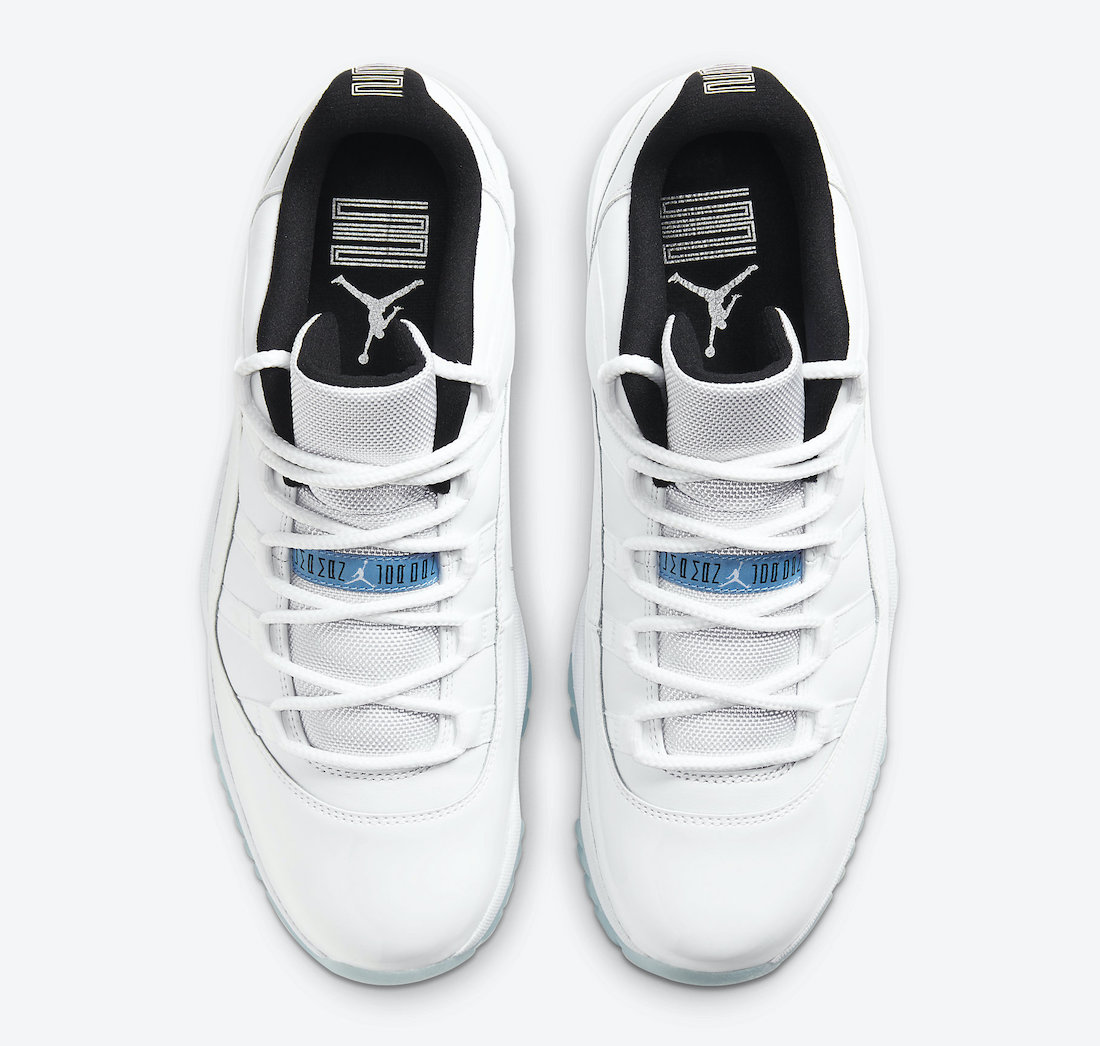 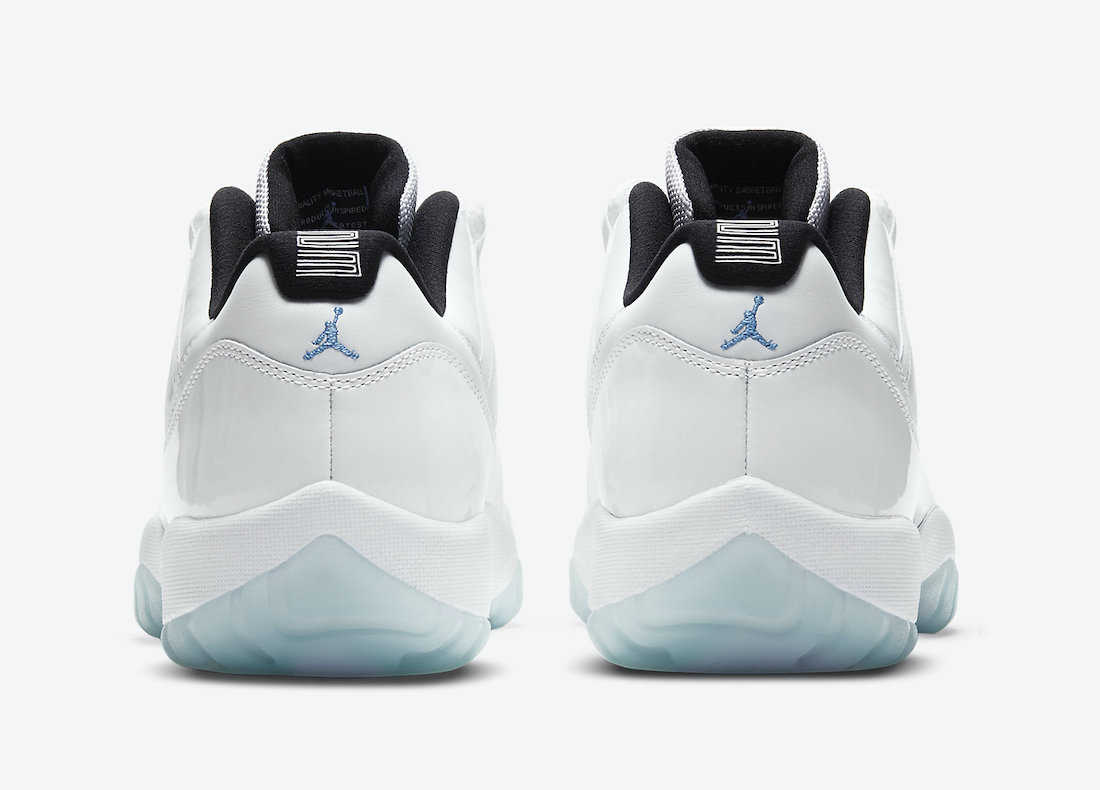 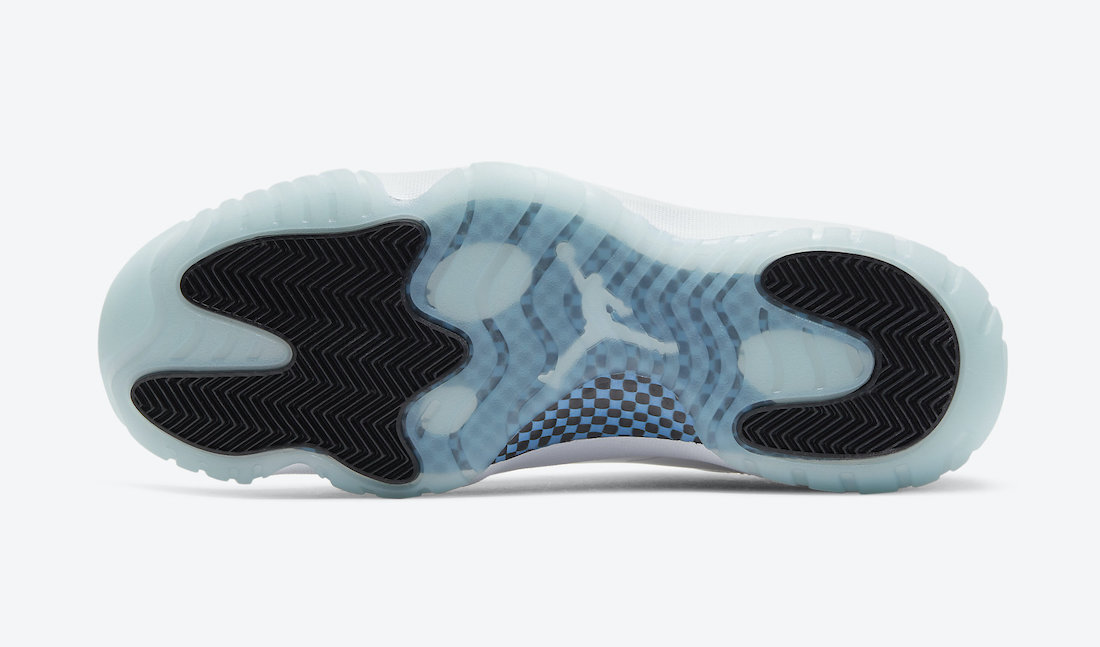 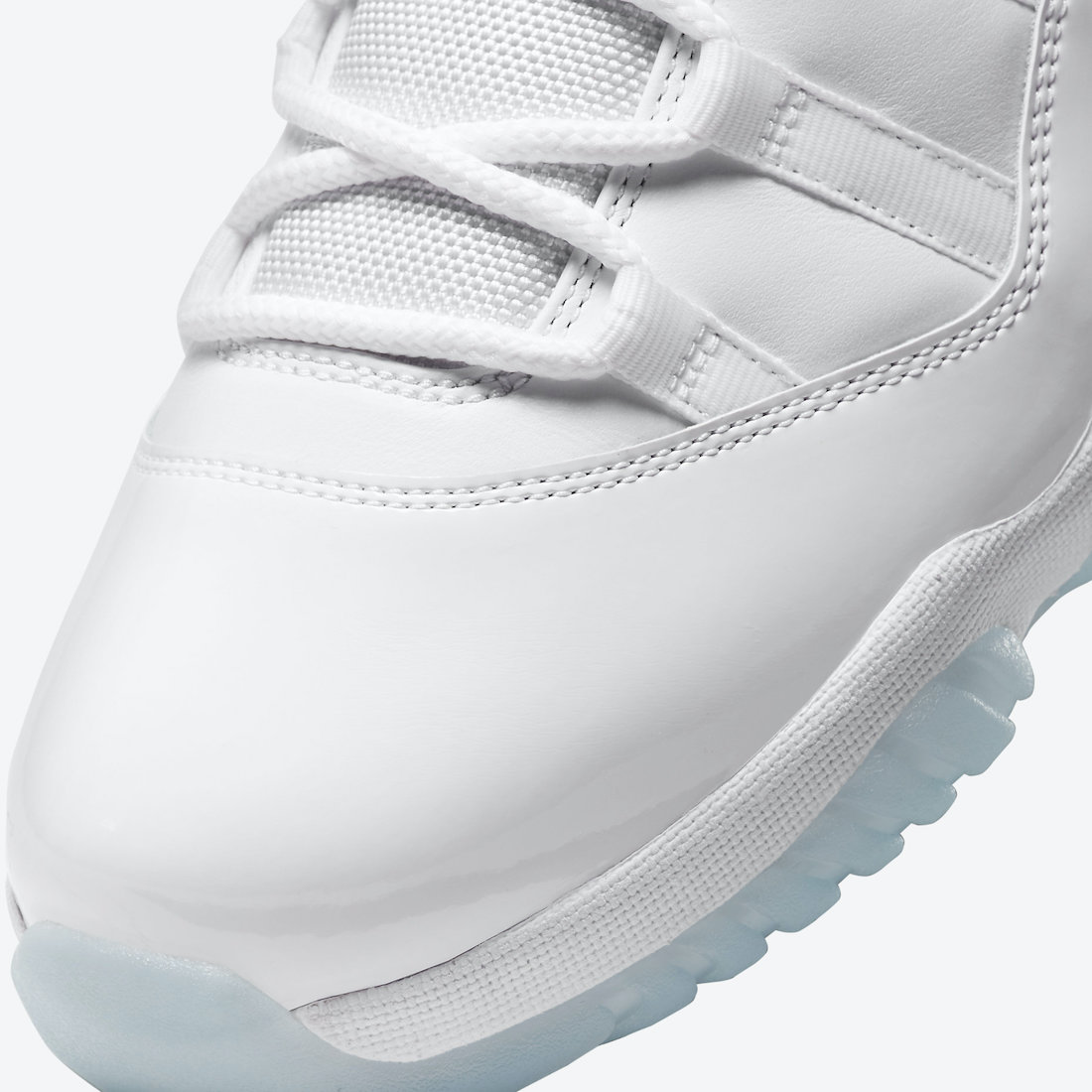 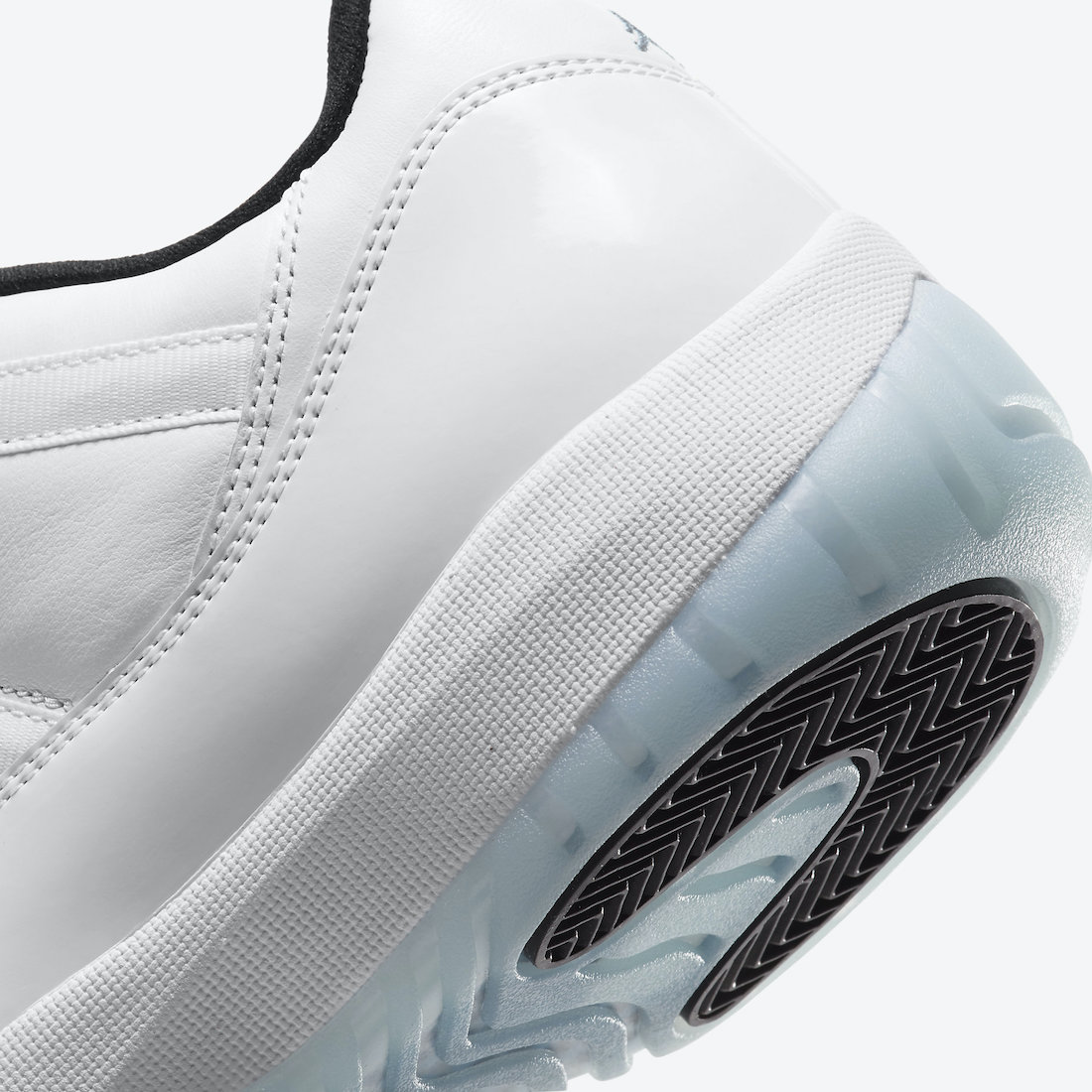