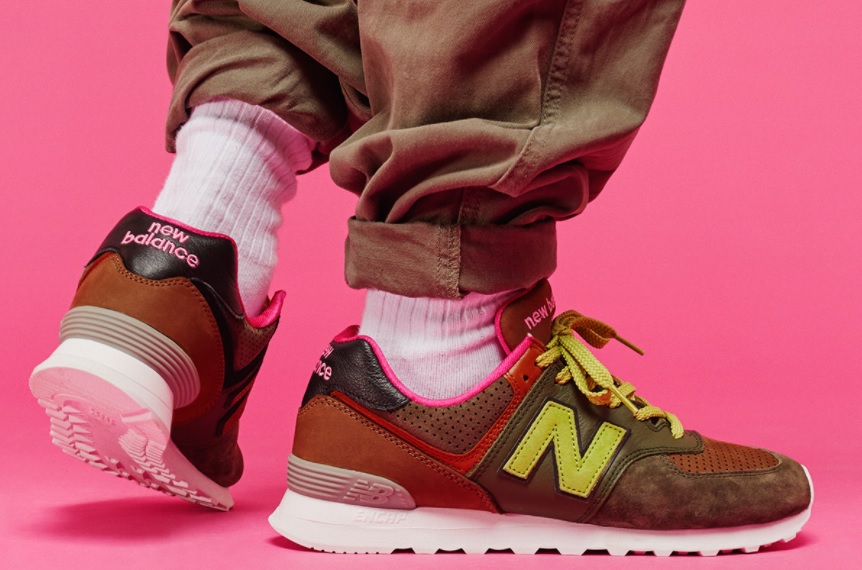 New Balance’s projects are always nothing but gems; one of their most notable ones was the DTLR X New Balance DMV2 990v4. NB is back at it again and this time to celebrate the 30th anniversary of the classic 574 series. The brand has joined forces with SNS for the Sneakersnstuff New Balance 574 ML574SNS Pack. The shoes were inspired by an earlier project between both brands, the Sneakersnstuff 577GPI released back in 2007. The 577GPI came in two colorways designed by SNS founders Erik and Peter. According to SNS,

Now, 11 years after this collaboration and 30 years after the 574 was released for the first time, Sneakersnstuff and New Balance went through their favorites from past projects and picked Erik’s 577GPI design and recreated it on a 574 – to be part of the limited New Balance classic 574 Iconic Collaborations pack.

For the release of the Sneakersnstuff x New Balance ML574SNS we worked together with Parisian artist Yué Wu for an exclusive hoodie that will be released alongside the shoes. New Balance has taken the cconsumer’s needs very seriously, not only am I impressed with the quality of the materials used on these NB 774 X SNS, but what I appreciate the most is the price- point. The $99 is definitely a very reasonable price for the shoes given the reasons  gave you above. And I hope consumers get to the point where they make sound decisions prior to making their purchases. Brands like Adidas and Nike have given us sub par products which they’ve priced way too high. I’m not telling you guys something you aren’t aware of.