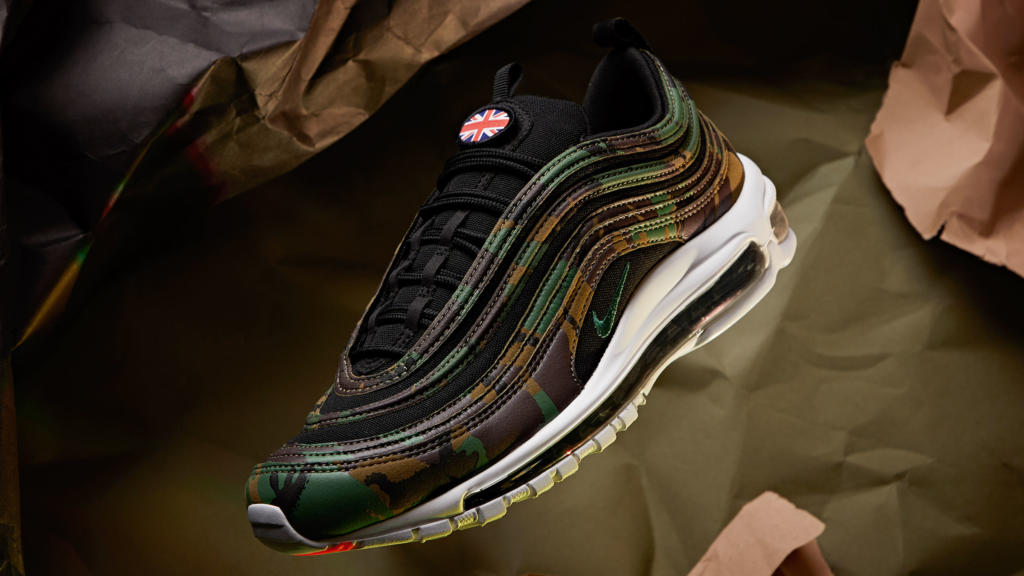 The AM 97’s made its debut in 1997 and were engineered to mimic Japanese Speed Trains. The very first colorway that dropped was silver and red. The silver bullet returned earlier in April and were highly coveted by many; for those who are still interested in them, you can purchase them on eBay Coming out on the 29th of December is the  Nike Air Max 97 Country Camo edition. The model you see above was specifically engineered to represent the UK forest life. They feature a vibrant and bold camouflage upper wrapped in synthetic leather materials. A patch bearing the UK flag sits on the outside of the tongue recognizing the country. The mid foot air vent will also bear a green Nike swoosh logo. Additional features include lateral crash pads at the heel for a secure fit and a PU midsole with  full length visible air units for maximum impact protection.

You can also get the other countries editions via eBay , see listings below