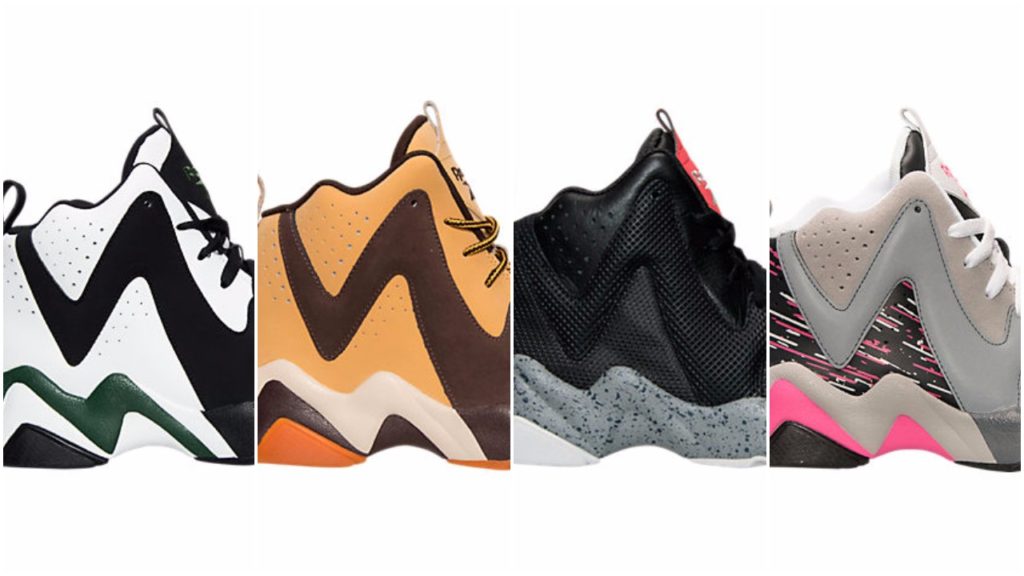 The Reebok Kamikaze II Mid Sale is in full effect via Finishline, with prices for as low as $39.99 . The kamikaze II were made popular by Shawn kemp and the former Seattle Super Sonics in the 90’s, the golden era of basketball in my opinion. Garry Payton and kemp formed an unstoppable duo and were the original lob city before the clippers lob city; GP used to throw the ball so high yet Kemp would fly out of nowehere and posterize whoever. Many players were victims of his power packed dunks, i really miss that era. A total of five separate colorways are on sale now and I hope you would take advantage of these steals.  The kamikaze II is not only stylish but also well adapted for on court performance; the shoe features a mixture of nubuck and leather on the upper part. Lightweight Hexalite cushioning in the forefoot and Ultra Hexalite in the heel help to absorb shock and protect the foot. The mid cut design provides a tremendous ankle support and plenty of freedom of movement.