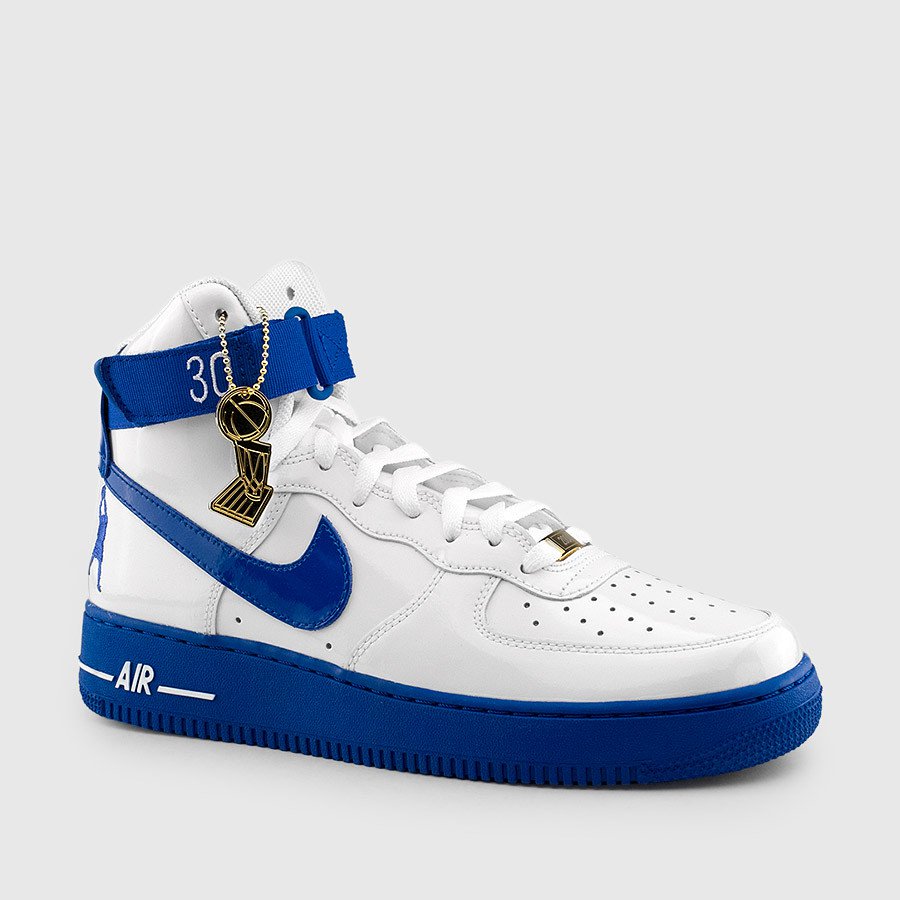 Rasheed Wallace was an underrated player; his low post moves allowed him to dominate guys at his position on a nightly basis. He made his mark during the 2004 NBA finals against Kobe Bryant’s Lakers by putting up 26 points and grabbing 13 boards. The Nike Air Force 1 One Rude Awakening was obviously inspired by Rasheed’s performance and actually bears his “Ball don’t Lie” phrase on the adjustable heel straps. By the way the shoes come with a set of two straps ( one with the phrase and the other with Rasheed’s # 3). I’m surprised the only colors that make up the shoes are white and deep royal. I’m sure they symbolize the pistons’s jersey but it would’ve been great if Nike also included “red” as well.

Material: from the pictures, it seems like most of the shoe is covered with patent leather materials ( even the swoosh logo overlays). There are perforations on the panels and toe box for ventilation purposes and the midsole contain invisible air units for maximum cushioning. 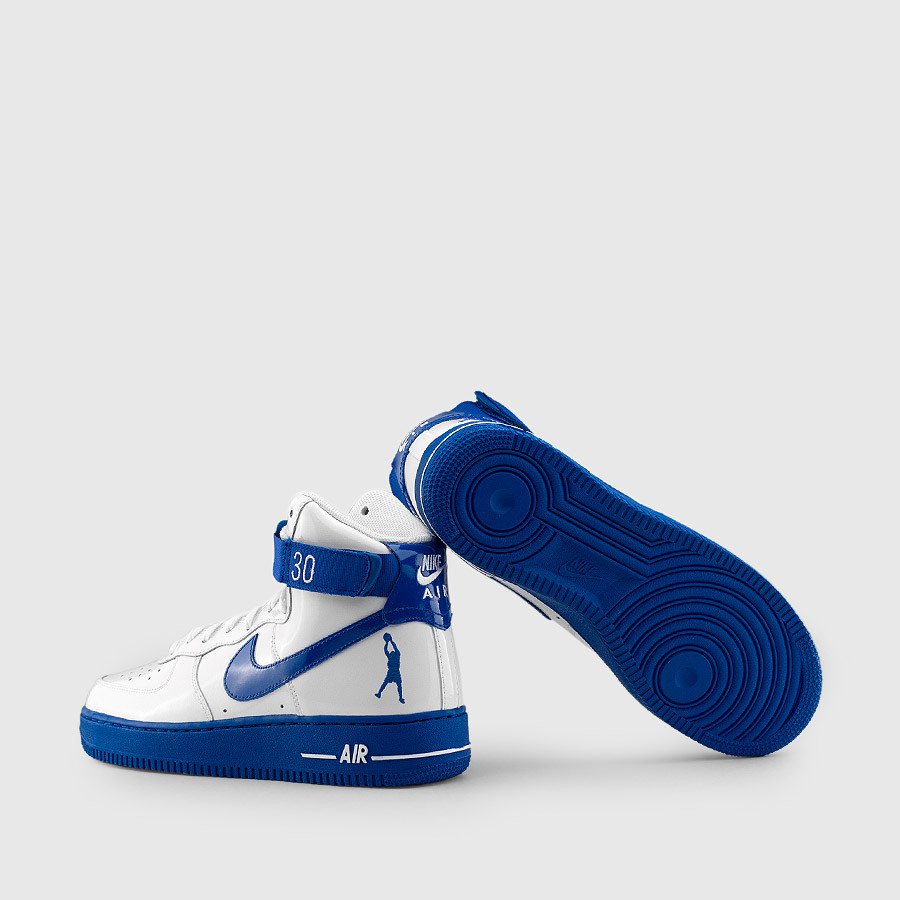 BUY IT NOW VIA KICKSUSA-CLICK HERE

BUY IT NOW FROM DTLR-CLICK HERE