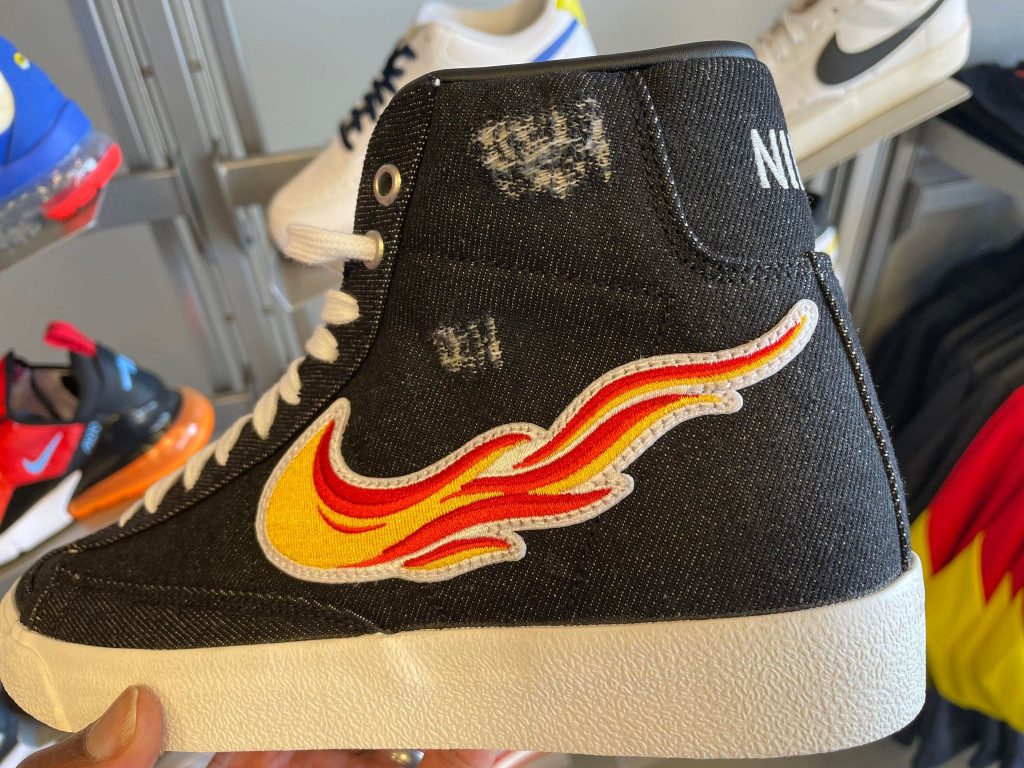 What do you think of when you hear the word “Cleveland?” Sure, it’s the Rock and Roll Capital of the World, but it’s also so much more. Nestled along the shores of Lake Erie, Cleveland is a city with a rich history – and that includes a deep love for basketball. In fact, some of the greatest players in NBA history have hail from Cleveland, including LeBron James and Kyrie Irving.

And what do those two superstars have in common? They’re both Nike athletes, of course. So it only makes sense that Nike would honor Cleveland with its latest sneaker release: the Nike Blazer Mid “Cleveland Rocks.” The shoe particularly zeroes in on the Cleveland Rock and Roll rich history. It features distressed denim uppers in black with alternated swoosh logos on the lateral and medial sides. The lateral swoosh is replaced with a flame reminiscent of the Rock And Roll fascination with sparks, dynamites and flames. The medial swoosh comes in a white tumbled leather material. For more details, see video below

Where To Buy The Nike Blazer Mid Cleveland Rocks 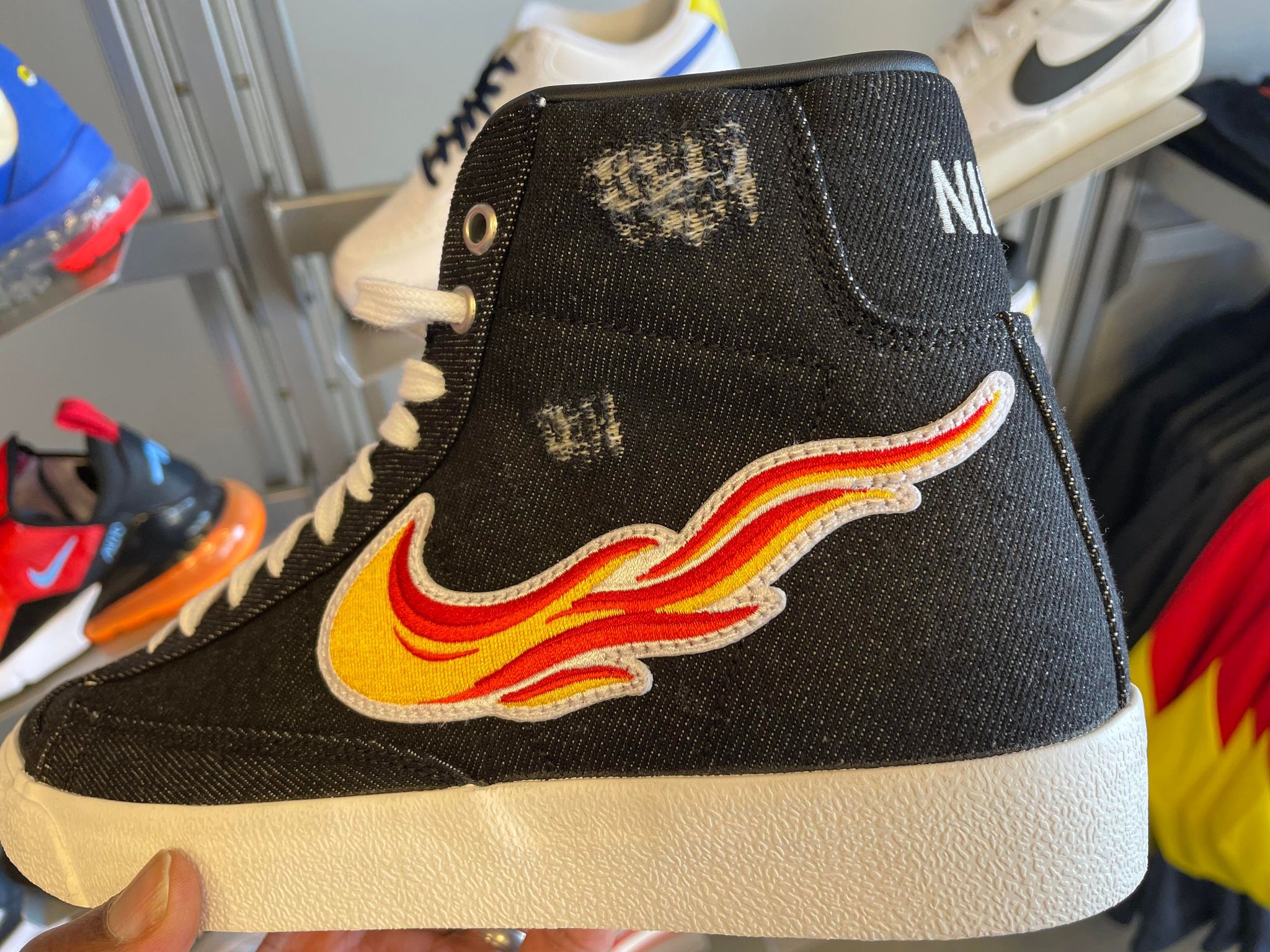 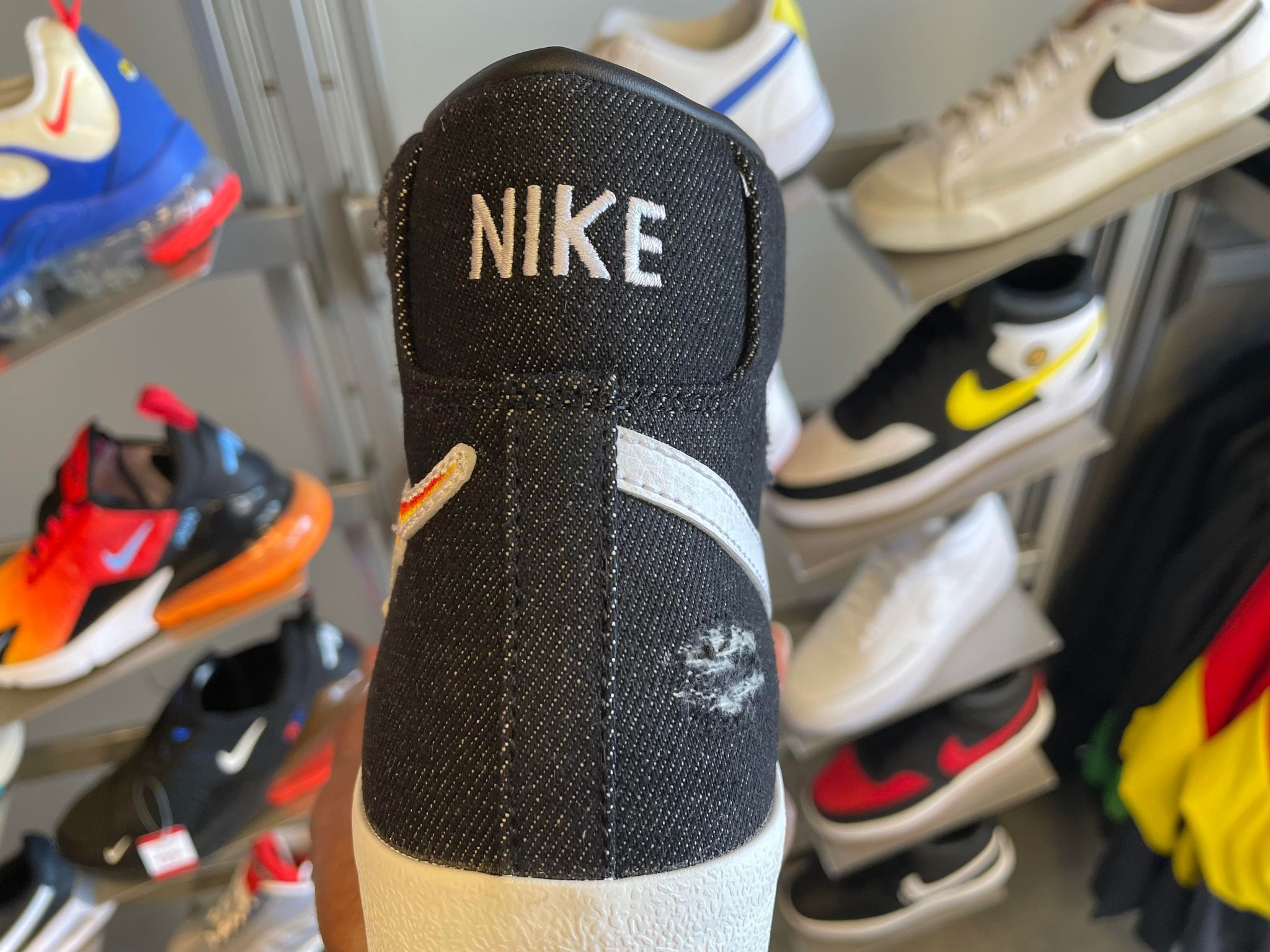 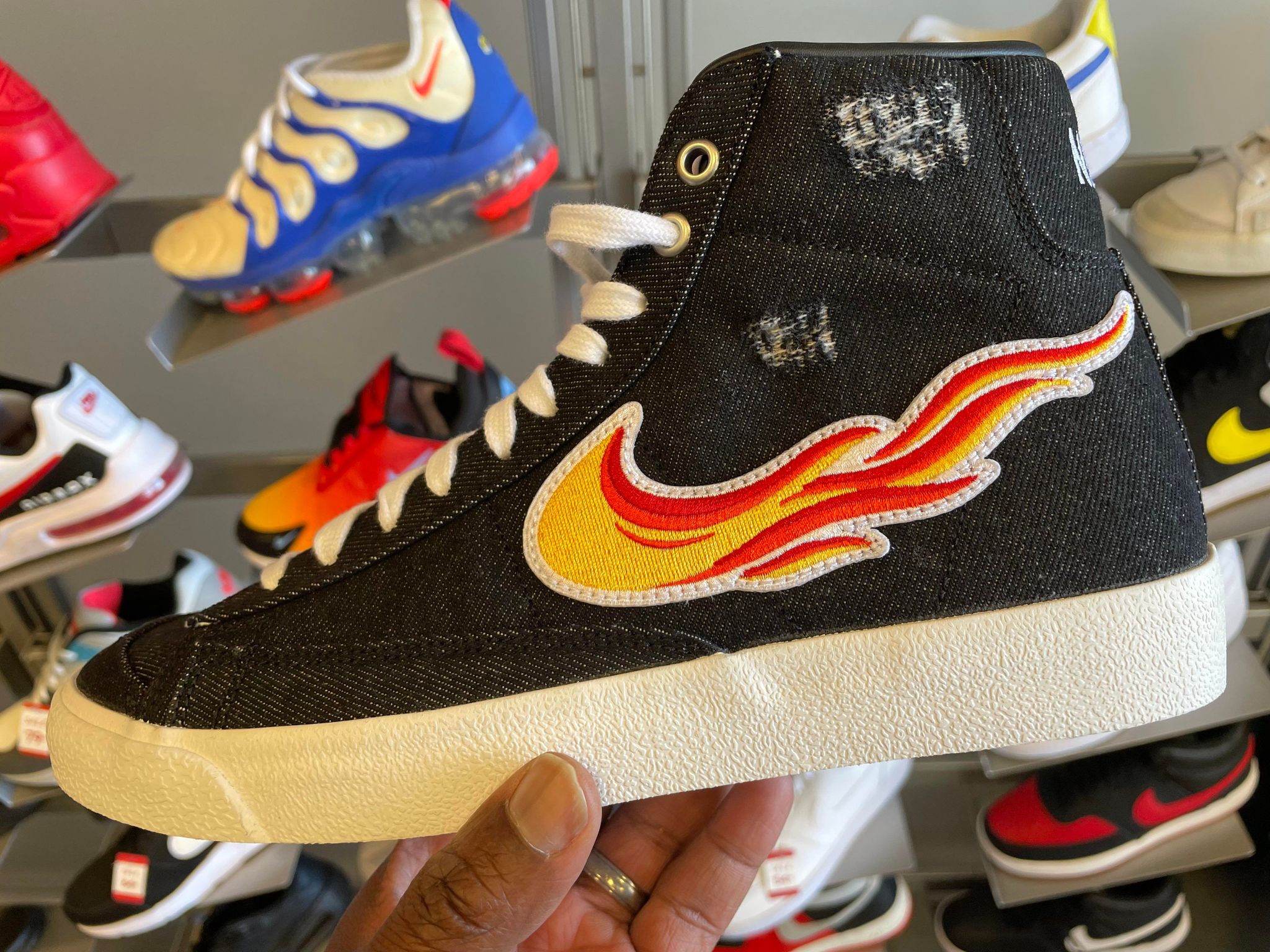