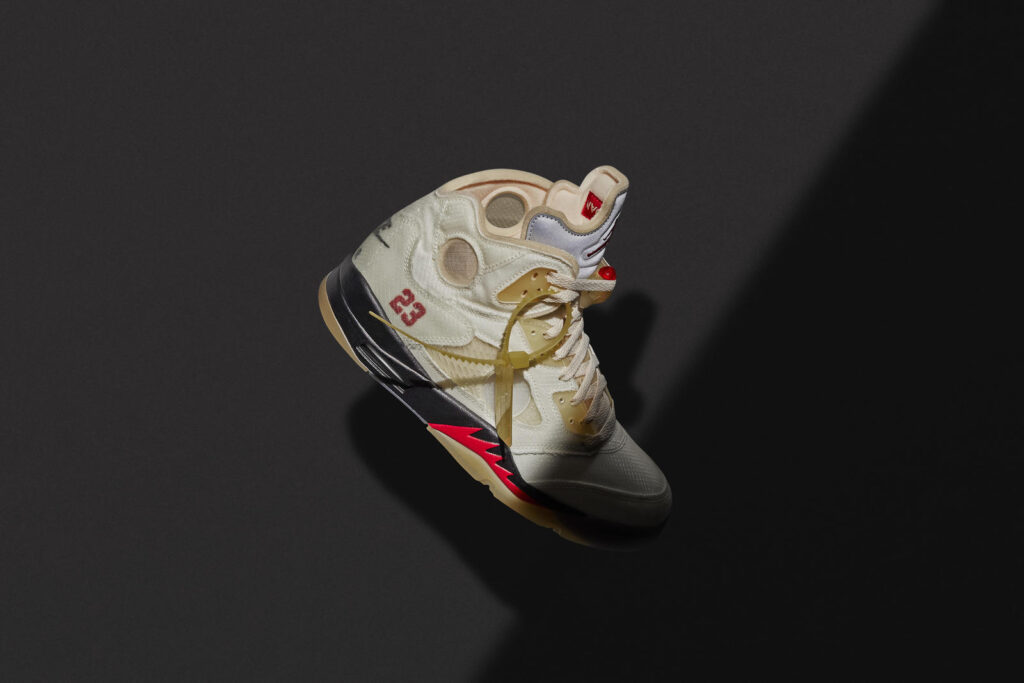 Nike confirmed yesterday that the Off White Air Jordan 5 Sail Fire Red was indeed releasing globally on October the 29th.  The shoe will retail for $225 and will available in limited quantities. The brand also gave us a list of all stockists that will be carrying the shoe, see list below courtesy of Nike.com

The Air Jordan V x Off-White footwear silhouette releases globally October 29 on SNKRS and at the below retail stores, with the apparel collection releasing mid-December around the globe.

I wanted to write a projection on the possible number of pairs that were made since we have the list of all the stores that will be allocated. The hardest part will be creating the assumptions, let’s go with the following

Assumptions for the inventory:

USA retailers+ Off White= 27 x110 pairs + 300 pairs =3270 pairs, since we assumed that this number represents 1/3 of the inventory allocated to SNKRS, Nike X Jordan stores then 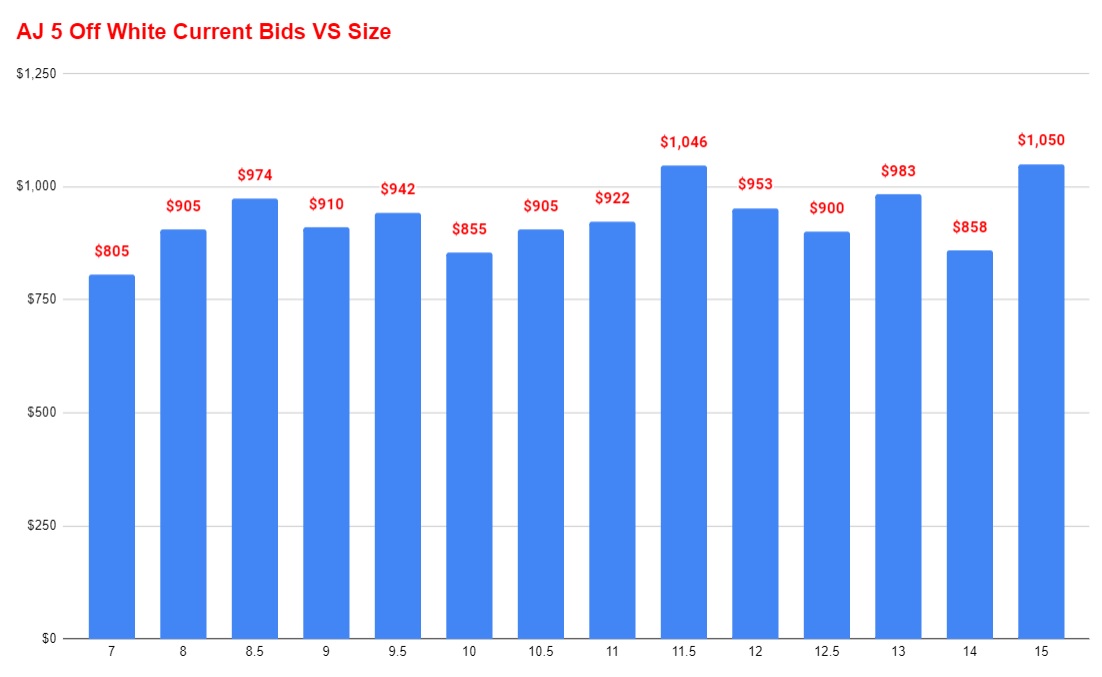 The chart above gives you a breakdown of the current bids per size. You can clearly how much people are willing to pay for this pair of Off-White 5. The bigger size the more the value. Based on the data above I’ll confidently say that the shoe’s resale value will fall within the ($700-$1100) range. Those that will be able to get their hands on a pair will certainly not lose out at all. Profit margins will probably fall within the ( $400-$750) for mark ups within the (167% -313%).

You can buy the shoes now on eBay from our featured sellers, CLICK HERE 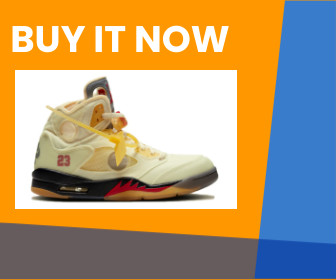 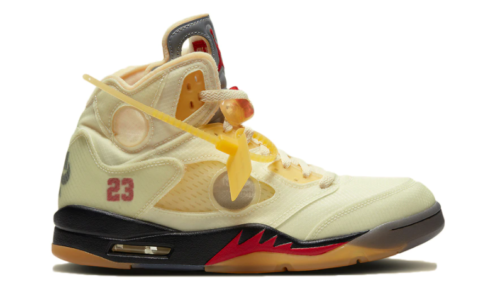 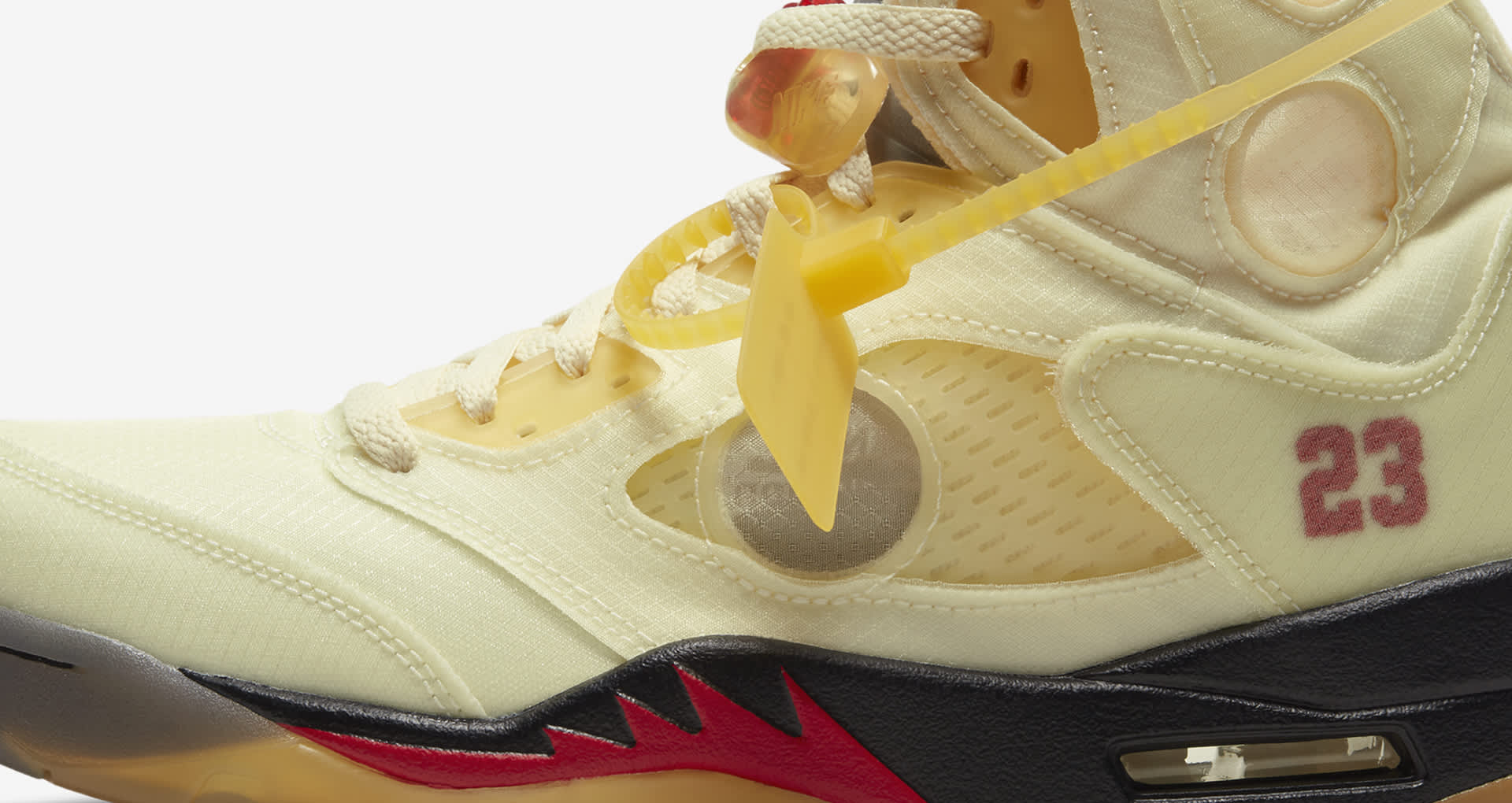 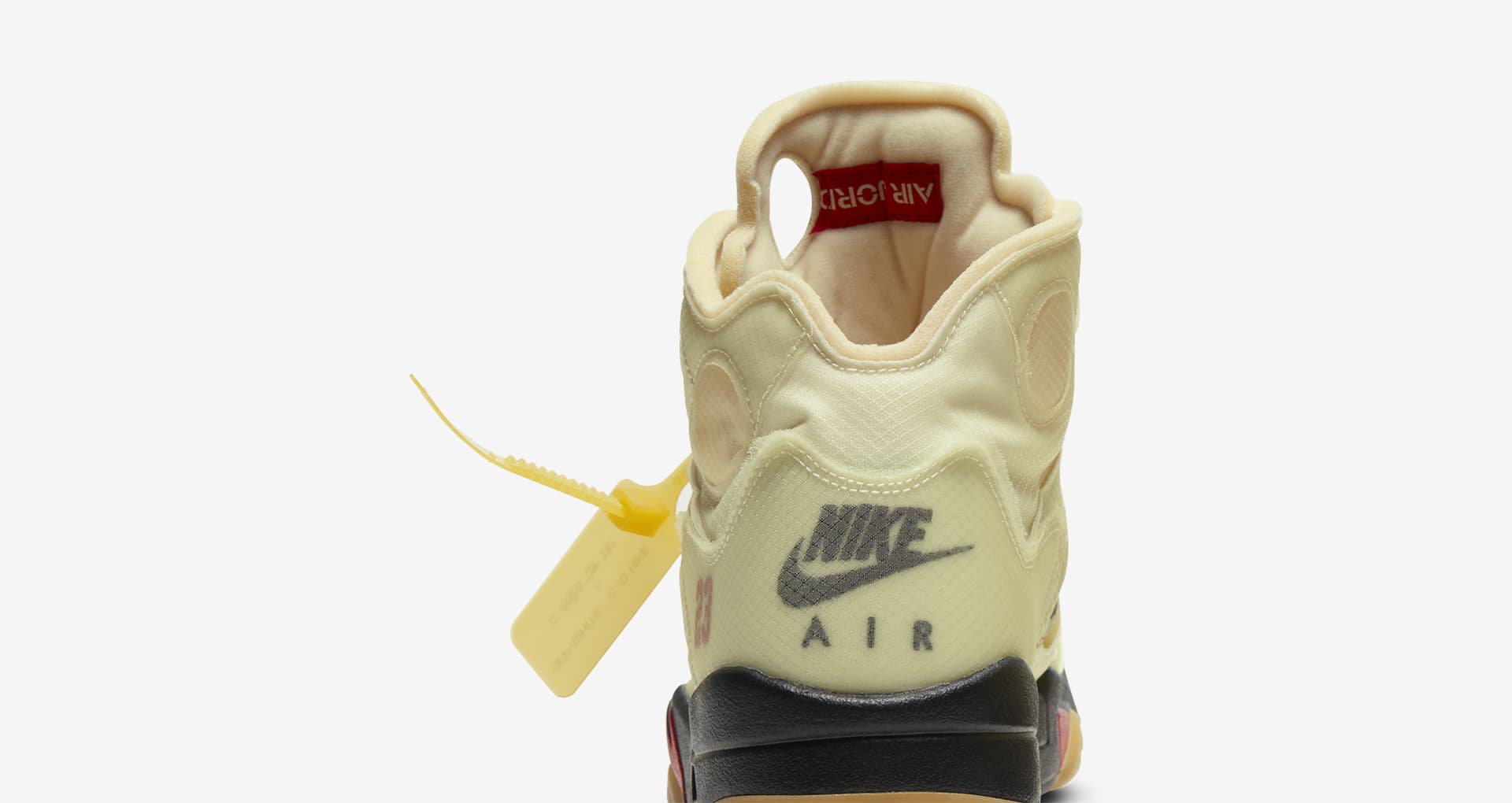 You can also watch the video of this entire presentation