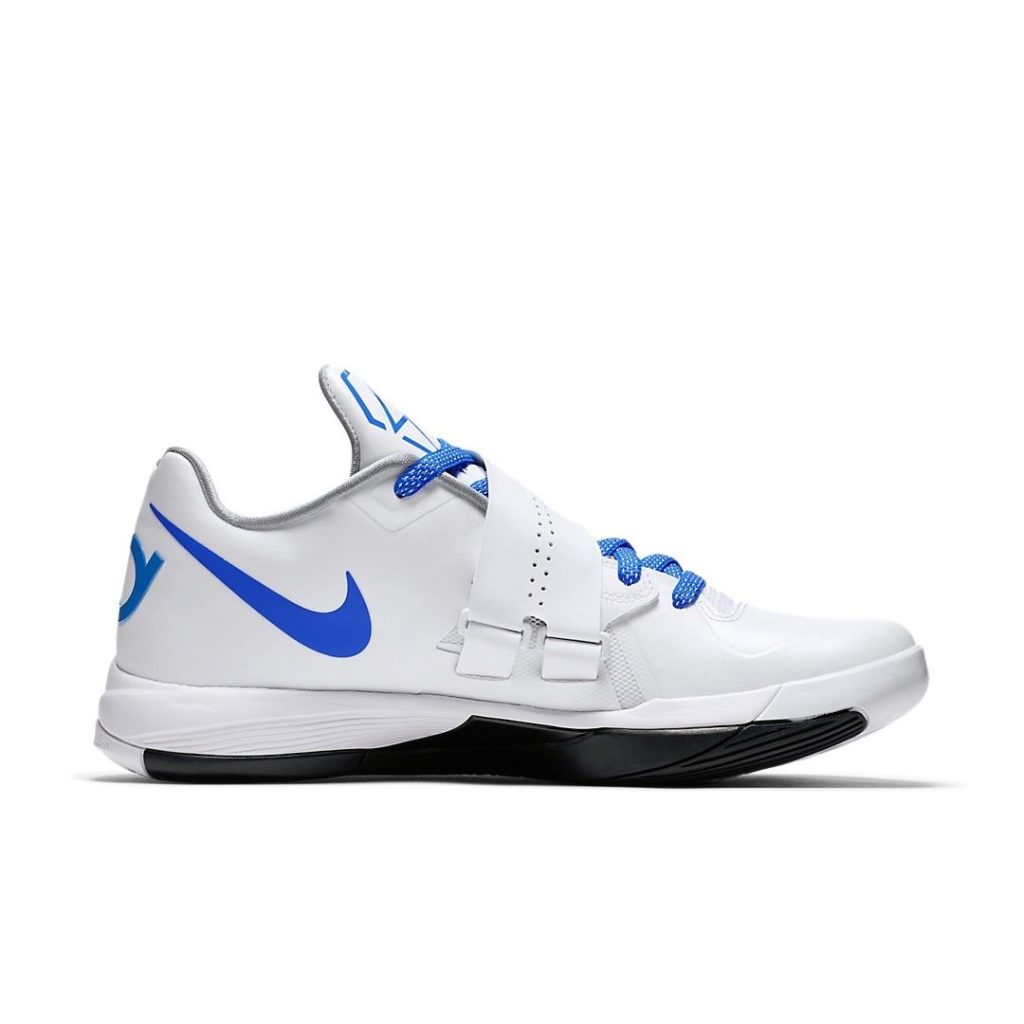 The 2018 NBA finals has been filled with a lot of controversies from questionable referee’s non calls to Jr Smith’s gaffe. Nike has also introduced the Art of A Champion pack this year to celebrate some of the most memorable moments the NBA has seen. This week, we are being treated to the Nike KD 4 Battle Tested and I have mixed feelings about these shoes. They are supposed to take us back to June 6 of 2012 where Durantula led his team to sweep the Dallas Mavericks after being down by 18 points at halftime. Those were the times where KD was good in my book; not that anyone cares and it’s nothing personal against KD but his decision to join the Warriors after OKC’s bloody battle against Golden States is the worst basketball decision I’ve ever witnessed. It literally killed the concept of competition and has engendered an era of basketball predictability which I can’t stand. I wrote about that last week, see link below

Last year, I was talking  about KD’s decision to join the warriors and the thought  was that Nike was indirectly behind it. I don’t know how the brand defines the word Champion but a Champion definitely isn’t one that abandons his team or teammates for their conference arch enemy. KD himself knows deep inside the sinews of his heart that his ring with the Warriors wasn’t quite earned but gifted. Before Durant went to Oakland, Steph Curry was the face of the franchise and his signature shoes were thriving because they embodied the idea of “David against Goliath”. Nike was probably trying to put a stop to it and one of the ways to do it was to entice KD ( behind the curtain) to join GSW. Rings make a champion but they don’t make TRUE CHAMPIONS.

The Nike KD 4 Battle Tested’s retail value is $140 and I was checking to see how the shoes were performing on third party marketplaces and as of now they aren’t selling for more than $159 ( and so far only four pairs were sold via eBay). That is indicative of how people really don’t care about these shoes. Don’t ask me why because you know the reason.

I even wrote about the fact that they are selling for $33 more than they are supposed to ( according to the inflation, they ought to be priced at $105). See my post below

For those interested in the shoes, refer to the stockists below for purchase purposes