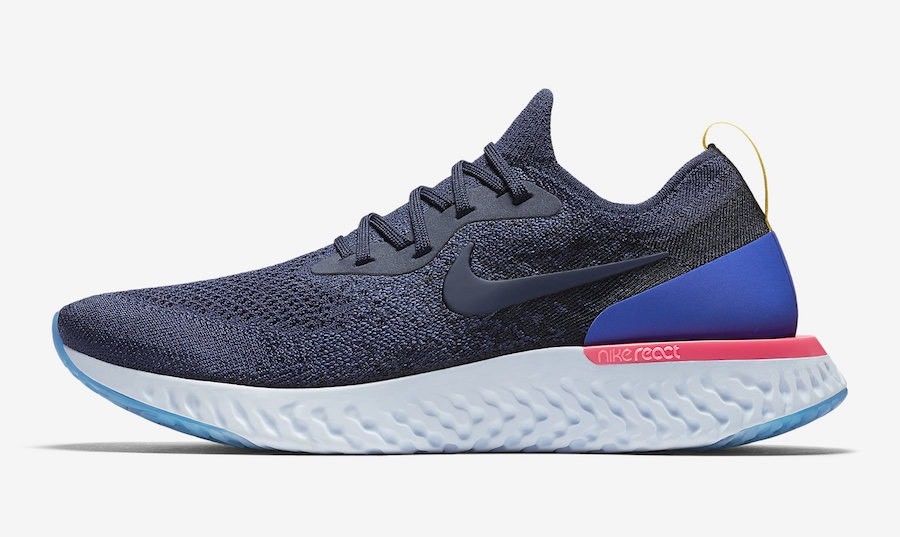 Some Nike products became a laughingstock last year, especially in the lifestyle/ running arena. If you guys don’t remember, when the Nike flyknit Multi made its debut in 2013, it was an instant hit. The shoes could be fetched on eBay for as high as $400 . They were the ideal Summer shoes and Nike made a killing with them; but the brand made a colossal mistake by not winterizing the shoe. When Adidas officially unveiled the NMD, I don’t think Nike felt threatened at all until they realized how much ground Adidas gained with it. The introduction of the NMD coincided with the departure of Kanye from Nike and his partnership with Adidas. All these circumstances contributed to propel the NMD to higher grounds. I think Nike finally realized last year how their neglect was detrimental to their lifestyle/running products. If you don’t believe me just go to your local mall or go on eBay and do a price check on the Flyknit racers. Even the triple black & triple white editions are selling for $79 ( half of their original price) something that would have never happened five years ago.

But I think Nike got the memo and this year they’ve completely flipped the switch. The Nike REACT in my opinion is Nike’s weapon of choice to completely annihilate the NMD & Ultraboost. Last year’s Vapormax wasn’t enough to slow down Adidas.

I was doing a market research on the Nike Epic REACT and was amazed at how they were performing on eBay already. The screenshot above shows you the average selling price for the blue and red edition coming out officially on February the 22nd. There are about 20+ pairs listed on eBay with 10 recorded sales ( the ones you see above at $229.99). The Flyknit racers had the same retail price at $150 and the highest you could find them on third party marketplaces in 2017 and even now is between $59 and $100. See the screenshot below These are the latest racers sold on eBay and the highest price was $89 for the multi colored edition, the same shoe that used to resell for $300+. I’m saying all that to say that the Nike Epic React Flyknit might be a diamond in the rough; with the right strategy ( scarcity coupled with functionality) Nike can breathe some serious life into the lifestyle/running market. I still think the $150 price point is a bit high but the current market value is doing the shoe a lot of justice. Consequently Nike doesn’t need to revise the price point. The only suggestion I’ll add is for Nike to begin to think about winterizing the shoes ( in order to be ready for next year’s cold weathers).

I’ll also invite Nike to completely put the Nike Flyknit Racers in the vault, they are completely dead and nothing the brand does at this point will resuscitate the flyknit racers. You can also fetch them on eBay now from our featured sellers, see listings below