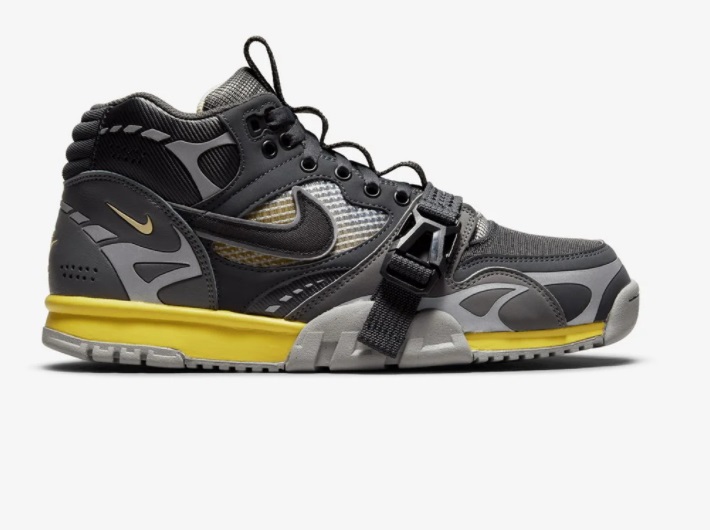 The Nike Air Trainer 1 Utility Dark Smoke Grey is certainly going to be another OG sneakerheads’ favorite. It was one of the first sneakers to feature an interchangeable strap system, which allowed wearers to customize their look. The sneaker has also been worn by some of the biggest names in sports, including John McEnroe, a well-known tennis player. In fact, he was the driving force behind Nike’s decision to bring the Air Trainer 1 into production. Tinker Hatfield created the Trainer 1 with the goal of creating a shoe with a higher cut and lateral outrigger for enhanced stability and support, as well as a foot-securing strap for increased forefoot lockdown and a heel lift.

Nike has always been known to test their performance shoes prior to offering them to the general public. In 1986, the story was the same, John McEnroe was one of the earliest wear testers for Nike. The brand has sent him several sneakers to test on the tennis court, and one of those was the Trainer 1. Here is what Mcenroe said about the trainer in one of his interviews,

“By chance, when the guys at Nike sent me a bunch of different prototypes to try, there was this throwaway one that they weren’t even planning on sending me,” McEnroe recalls. “And it turned out being the one to me that was the most awesome.”

McEnroe went on to test all of the prototypes he was handed, and his favorite was the Air Trainer 1, which he advised not to lace up at all. The cherry on top is that John McEnroe went on to win the next two tennis tournaments he entered while wearing the footwear, creating the ideal storm for Nike. The Trainer 1 is a monument to the brand’s marketing prowess, which has always been able to capture its consumers with organic inspiring backstories. Despite the fact that several lackluster colorways have been dropped, it hasn’t lost its appeal. If you’re interested in grabbing a pair of the Utility’s, refer to the details below.

You can also purchase it on eBay from our featured sellers, CLICK HERE