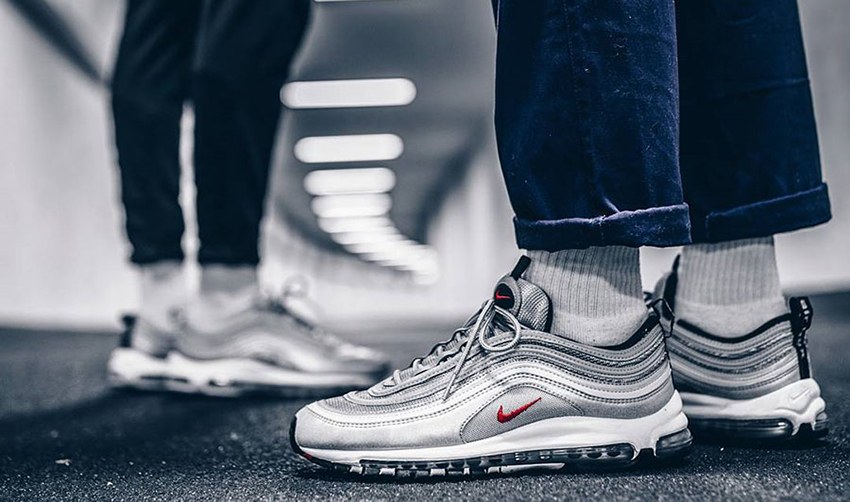 The official air max month might be over but Nike isn’t done with the AM 20th anniversary festivities yet. The Nike Air Max 97 Silver Bullet 884421 001 released sporadically last month; we were teased with quick strikes from international stockists. Finally runners and sneakerheads alike will get a chance to grab a pair of these beauties stateside on April 15.

They were originally introduced in 1997 and were engineered to mimic Japanese Speed Trains. The very first colorway that dropped was silver and red. They feature a combination of composite leather and breathable mesh materials on the uppers. The lateral and medial panels sport a mid section air vent to keep the foot cool and dry . Nike logos are featured on the sides, the outside of the tongue and the heel panel. The shoes are also equipped with lateral crash pads at the heel for a secure fit. Cushioning definitely won’t be an issue with these- they not only have a PU midsole but they also feature full length visible air units for maximum impact protection.

The AM97 was initially designed for runners but they have transcended the running scene. They will also be available in women’s sizes on April 15, see details below.

You can also purchase them now on eBay from our trusted featured sellers, see listings below 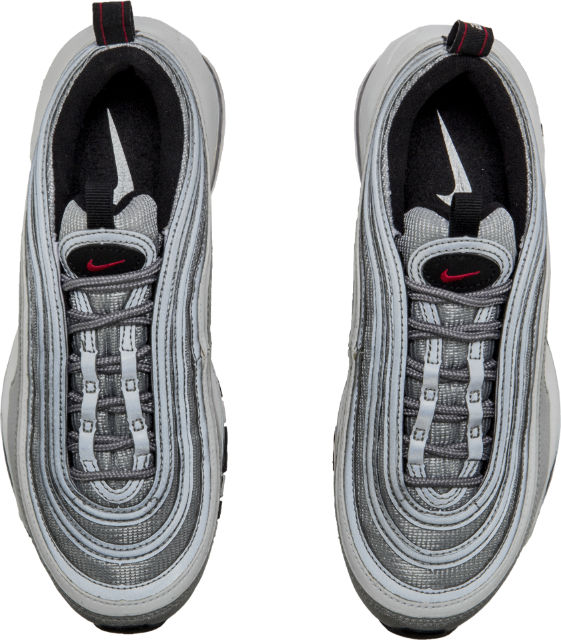