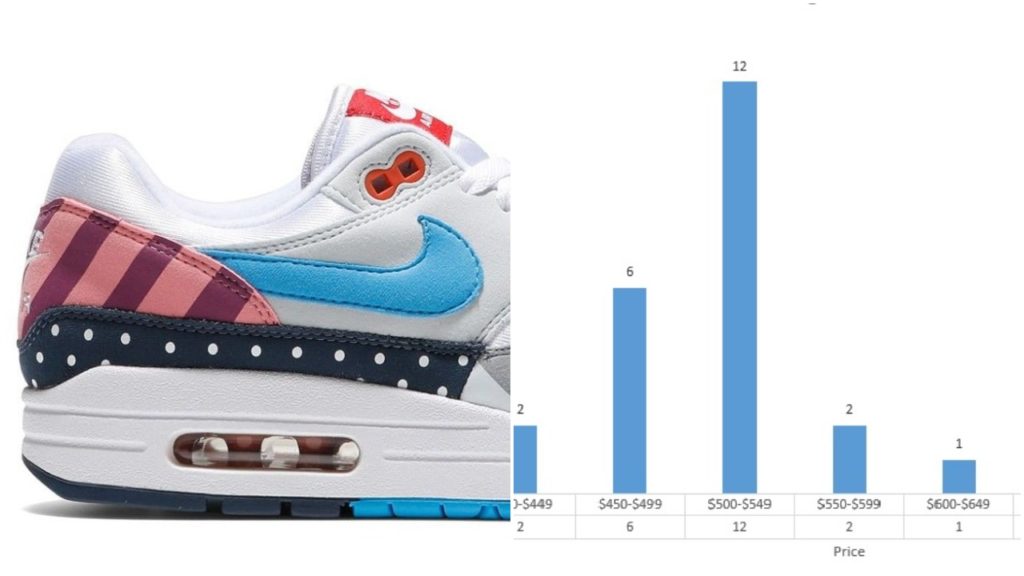 I’ve been very bored with sneaker related news as of late; nothing has been exciting and in the process I haven’t invested anytime in studying the market value of the latest shoes that have dropped. It’s no secret that the Yeezy sneakers have reached a plateau and consequently there is no other brand that is really challenging Nike right now. Champion and Fila are making a lot of strides in various areas ( clothing and certain sneakers) but for the most part Nike continues to dominate sneaker news. A few days ago, I was talking to my good friend Kevin ( probably the biggest air max collector in Frederick, MD) and he told me about the Nike Air Max 1 Parra. I saw the shoes a week ago but wasn’t awestruck by them at all; in my opinion it’s just another derivative of the Off-White and the free spirit concept. Nonetheless given their current market value in third party marketplaces, I felt compelled to study them, here are my findings.

I collected my data from eBay ( because the sales can actually be verified) and the sales recorded occurred between July the 5th and July the 16th. So far 31 pairs were sold and the histogram below reflects the number of pairs sold based on the price. 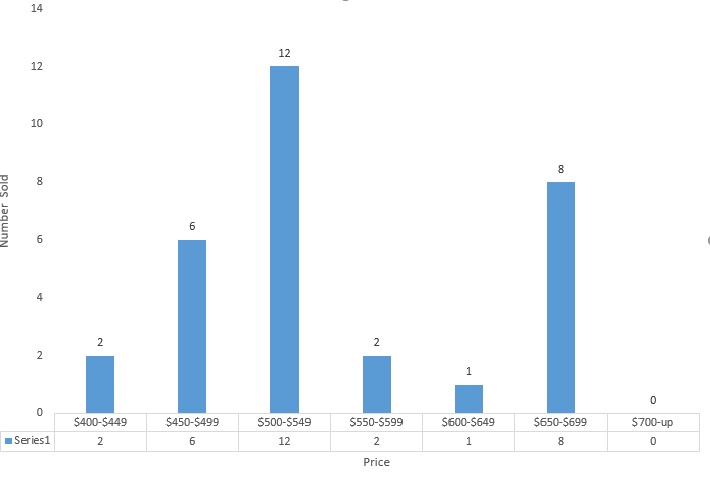 Most sales were recorded within the $500-$549 price range and the dates coinciding with those sales are between July the 12th and July the 13th. The second most recorded sales were within the $650-$699 price range and I noticed something very interesting there ( the sales were recorded from July 11th to July 16th). The same seller was selling the shoes for about $100 dollar less on July the 5th and bumped the price later on. I also want to add that sizes that sold the highest were between 8 and 10. Given the data above, I’ll not compute my average using the average formula but I’ll be rather subjective and suggest a market value of $550 ( you can compute the average yourself if you want) but I’ll stick to $550 as the current market value. You can also check StockX’s average CLICK HERE

The shoes appear to be limited and the market value above supports the argument; they are definitely going to be on every reseller’s radar and their value will continue to increase with time.