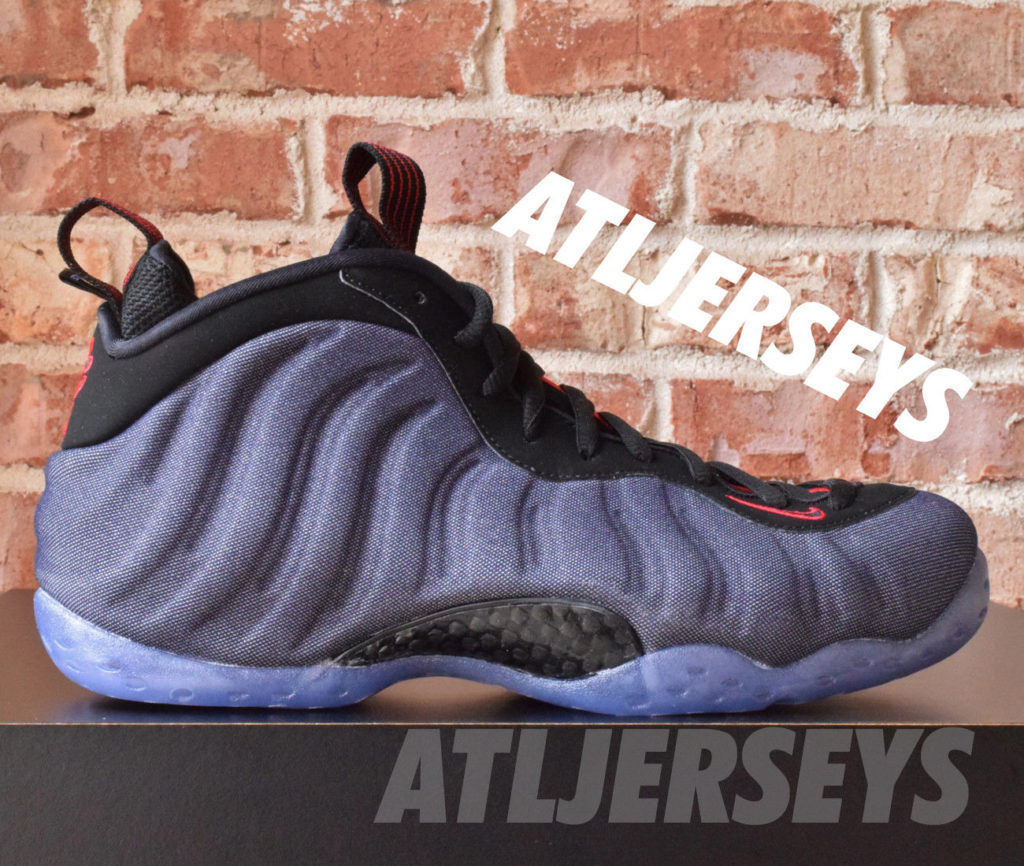 The Nike Air Foamposite One Denim’s official release date is September the 28th. The shoes feature an obsidian denim upper that covers upper the traditional foam shells. The foams are built last a lifetime; they aren’t the lightest shoes for basketball but are probably good for guys that want to operate in the low post. I wonder how Penny Hardaway was able to perform with these shoes, especially since he played a fast paced style of basketball ( he was an electric guard, his game could be easily compared to Russell Westbrook).

Foams also feature fiber shanks near the midsection intended to lighten up some of the weight;  the only cushioning you get comes directly from the insoles ( they are equipped with zoom units). Completing the shoes is a translucent sole with herringbone threads for superior traction.

You can also buy them on eBay from our featured sellers, refer to the listings below