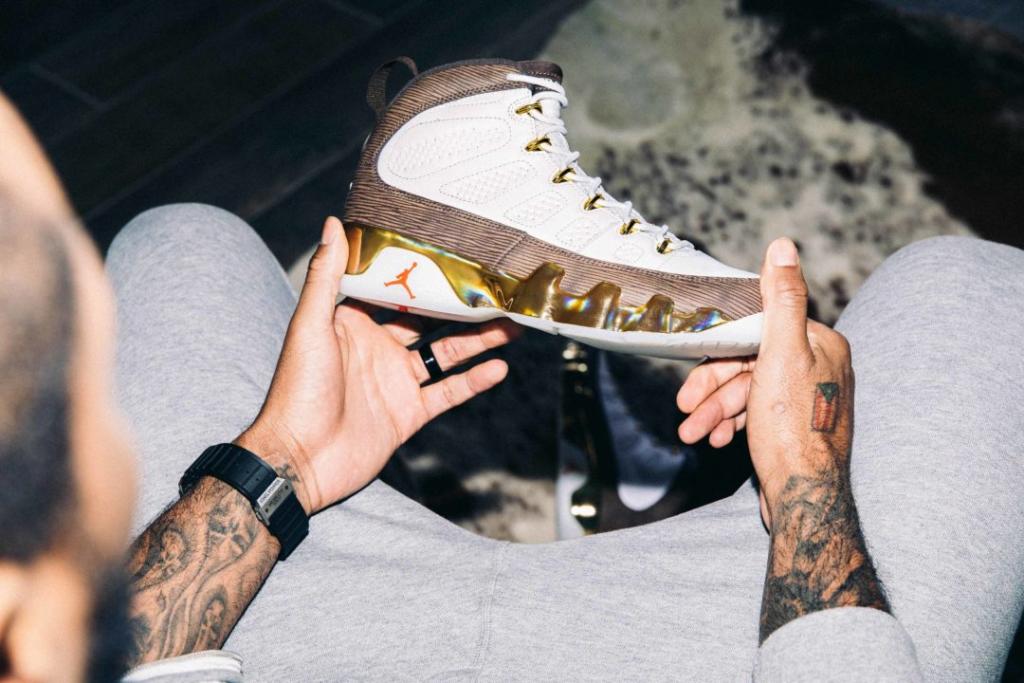 The Air Jordan 9 MOP ( Most Outstanding Player) is officially releasing on April the 27th. The shoe was inspired by Carmelo Anthony’s performance during the 2003 NCAA final. He put up 21 points and Syracuse won its first only title that year. The class of 2003 was graced with three of the most dynamic NBA players of our current era- Lebron, Wade and Melo. The Jordan 9 MOP comes in white, barque-brown, gold and orange symbolizing the championship and Syracuse’s colors. Melo’s # 15 was placed on the back and more of Melo’s logos are featured on the sockliner.

How are limited is the shoe? To answer that we must first look for retailers that have been allocated an inventory. So far Nike is the only one and I don’t think any other retailer will receive the product. And to confirm how scarce the sneaker is, I went on eBay attempting to see how much they were going for, and to my surprise there was not one single listing for them. You know what this means- fakes are going to pop up soon and the resale value is going to be very high. They remind of the Air Jordan 9 Bin23. How many pairs did Nike make? A good way to predict the future is to look at the past. The Air Jordan 1 Homage To Home ” From” “For” edition just dropped and it was limited to 2300 pairs. I think the Air Jordan 9 MOP will be limited to 1500 pairs or 15000 pairs in keeping with Melo’s number 15. I’m gravitating more towards 1500 because no third party market has them listed for sale except StockX. The platform recorded 7 sales but since I can’t verify them, I don’t consider the information reliable. see screenshot below