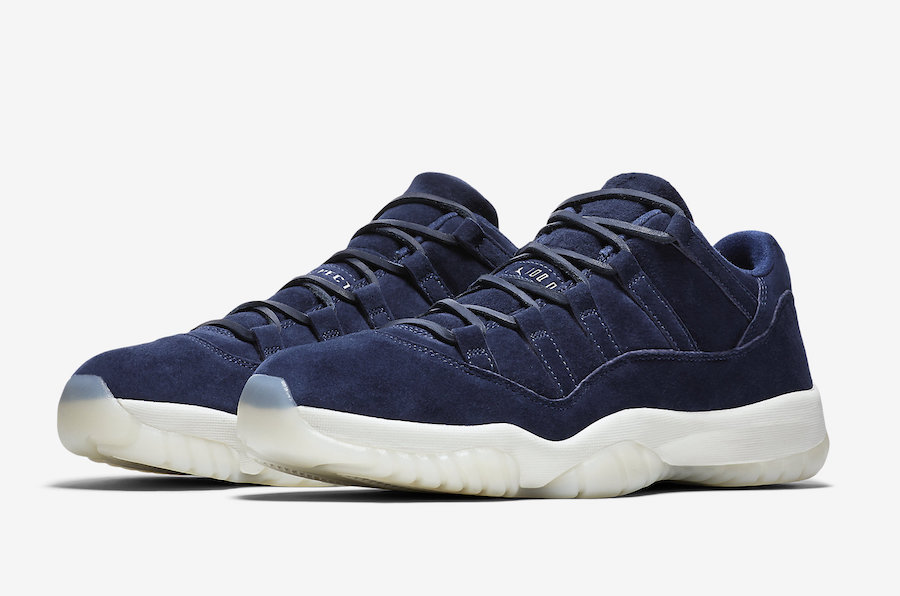 Derek Jeter Air Jordan 11 Retro Low Re2pect will make its official debut on May the 14th and I’m sure everyone is wondering how many pairs of the shoes were made. To come up with a believable estimate, we’ll consider several possibilities. Nike never truly discloses what criteria is used to determine how many units of a certain product are going to be manufactured. But there are certain tendencies that are always recurring with Nike. In the case of the Derek Jeter Jordan 11 low, I think the brand might use his age, jersey number, number of home runs in deciding how many units to make. He is currently 43 years of age, he wore #2 and he has 260 home runs. So my subjective mind says either 43000 pairs, 20000 pairs or 26000 pairs have been made. To be a bit more assertive , I’ll also consider how many stores will be given an inventory. The only retailers I recorded were Champs, Eastbay, KicksUSA and Nike of course.

I’m surprised Footlocker wasn’t considered ( well they were, they own Champs). i’m going to assume that Champs will receive about 1/4 of the total inventory. The challenge for me was to come up with the number of shoes per Champs physical location. On my way home from work yesterday, I stopped by local Champs and the manager told me her store was allocated 12 pairs. Now we can come up with a good estimate; by the way I’m going to assume that Champs online will receive the same amount of shoes the physical locations will receive.

I accounted for 231 champs stores that are receiving an inventory; with that said, we have

231 x 18=4158 so we’ll assume 5000 pairs and if we consider the online store 10000 pairs in total.  I said earlier that Champs probably received 1/4 of the total inventory ( physical and online stores included). So the total number of pairs made is probably

Total= 10000 x 4= 40000 pairs which is feasible in my opinion; let’s see how much the shoes are reselling for and see if it’s consistent with the number of pairs produced ( the higher the shoes are on third party market, the more limited they are).

There were only two recorded sales on eBay, see screenshot below. Both shoes sold for $439.99; even though this sample is extremely small, it shows you how much they shoes are going to sell for twice their retail value.

I’ve also included a screenshot of how much the shoes are currently listed for from reputable sellers on eBay. The lowest price as of now is $439.99 and the highest is $599.99. 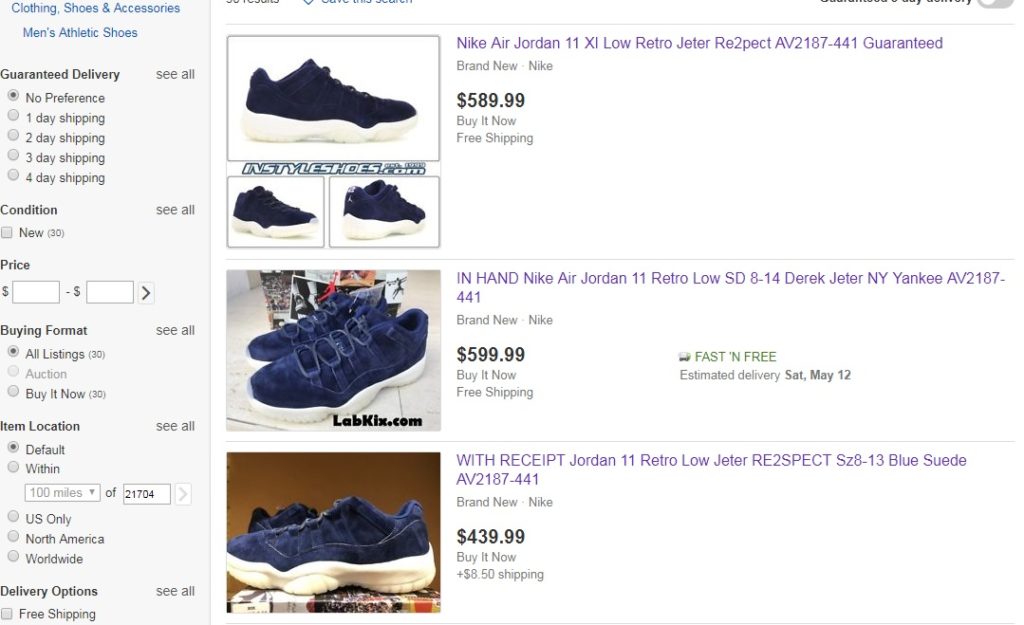 I won’t establish a current market value at this point but one thing I’ll say is that these are going to be on every reseller’s radar so gird your loins.

You can also buy them on eBay now from our featured sellers, refer to the listings below