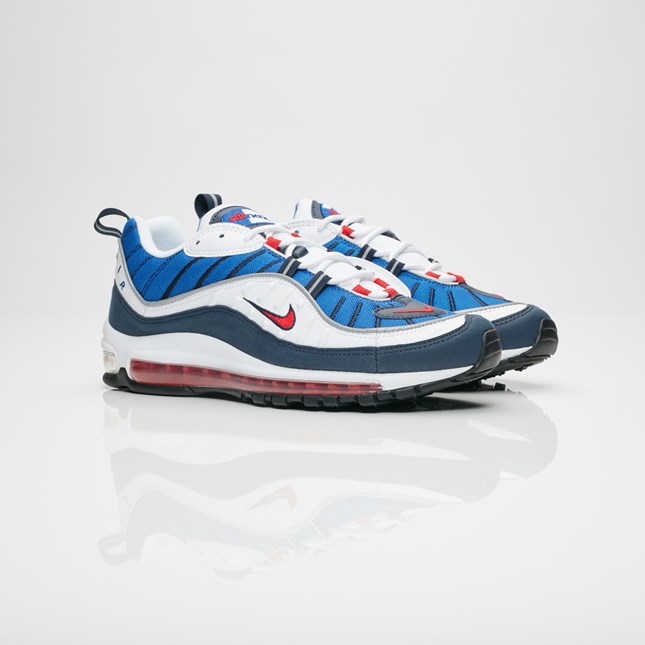 The concept of resurrecting the 90’s era has been adopted by most of the major sneaker brands. In 2017, the Air max 97 celebrated its 20th anniversary and several of the original colorways were brought back. 2018 will mark the 20th anniversary of the AM 98 with the reintroduction of the  Nike Air Max 98 Gundams. The shoes were inspired by the Japanese Anime series “Gundams” created by  Sunrise. The series featured giant robots and the color combination of the shoes reflect the main character’s suits. They feature a variety of shapes and textures; most of the upper part is made up of a mesh materials while the panels feature leather overlays. A swoosh logo also graces the lateral and medial sides and also placed on the heel is the “AIR ” text. The shoes are also equipped with visible air units for maximum cushioning. The manufacturer’s specs are as follows:

You can also purchase these shoes on eBay right now from our featured sellers, see listings below