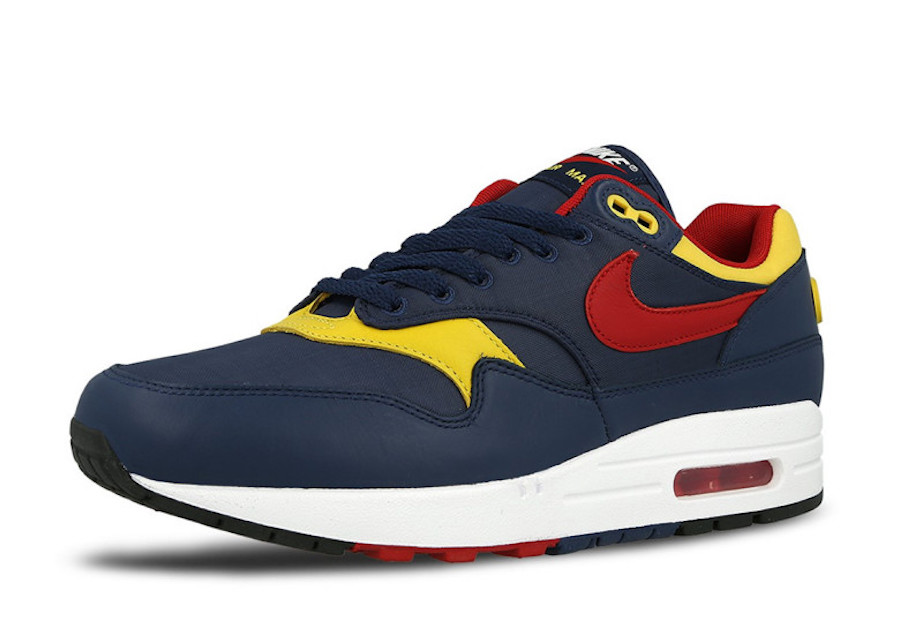 Tinker Hatfield is the genius behind the Air Max 1. In 1987 his ingenuity led him to create  the first shoe with visible air units- the air max 1. Over the past three decades , the AM1 has received so many makeovers in attempt to suit the customers’ needs for comfort and style. But with constant aesthetic upgrades, the once beloved AM1 1987 silhouette was no longer recognizable. So to celebrate its 30 year anniversary, Nike decided to lend an ear to the sneaker community. After many deliberations, it was decided that the 2004 “Urawa” Air Max 1 was the perfect reference for the shape and silhouette of the 2017 AM1. And we’ve been treated to many OG colorways over the past few months. Officially releasing this week is the Nike Air Max 1 Snow Beach. The shoes were inspired by the ssic Polo Ralph Lauren ‘Snow Beach’ pull-over jacket featured in the Wu-Tang Clan’s ‘Can It All Be So Simple’ music video. They feature a navy, red ad sulfur color combination. Nike branding will hit the side panels in the usual Swoosh logo; additional Nike logos are featured on the tongue and the heel counter. You can’t talk about an Air Max 1 without the visible air units specifically added for cushioning purposes.