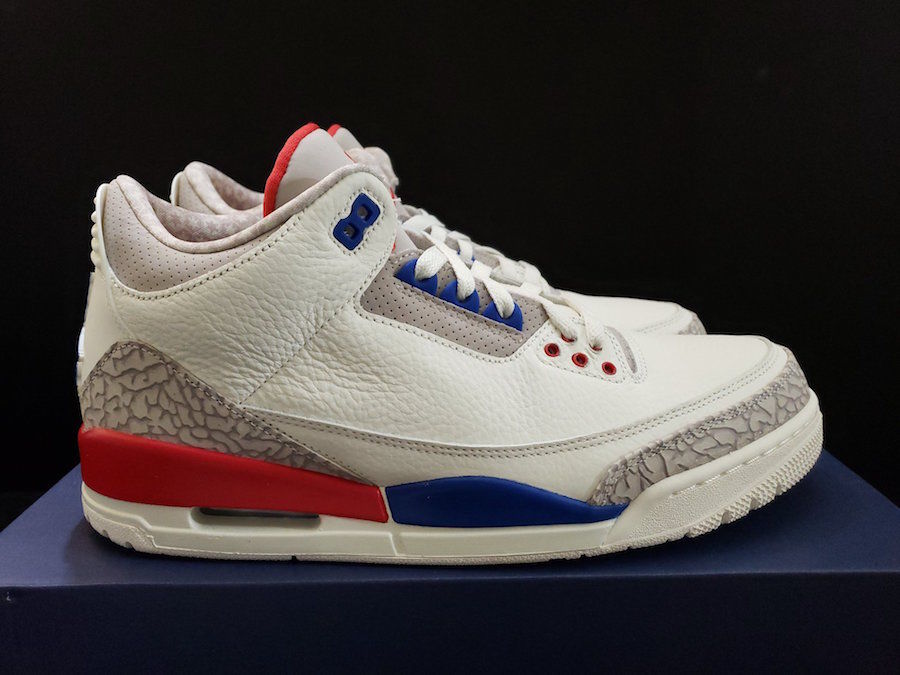 I’m not going to sit here and act as if I remember the 1988 Magic Johnson Midsummer Charity Game. I was only 7 years old at the time and I don’t remember even thinking about the game of basketball. I went on Youtube to watch a recording of the game and I was impressed with the demeanor of all the professional NBA players participating in the game. What i’m trying to say is that these guys were competing even though it was a charity game, something you rarely see in the current NBA players. I don’t want to be that grumpy old man but I definitely commend MJ and his peers for playing the game the right way at any given time or place. As you all know, many brands have been reviving the classic late 80’s early 90’s era and the Air Jordan 3 International Flight Charity Game is just a by-product of that as well.

They feature a tumbled leather upper dressed in off-white with red and blue covering portions of the midsole. Additional details include the traditional cement print on the heel panel and toe area, Jordan Brand logos occupying the the back, tongue and bottom of the shoe. Another interesting  detail  is the  MJ’s signature on the outside of the left tongue. The shoes are officially coming out on June 30th but you can buy them now from the stockists and featured eBay sellers below

or buy it on eBay see listings below