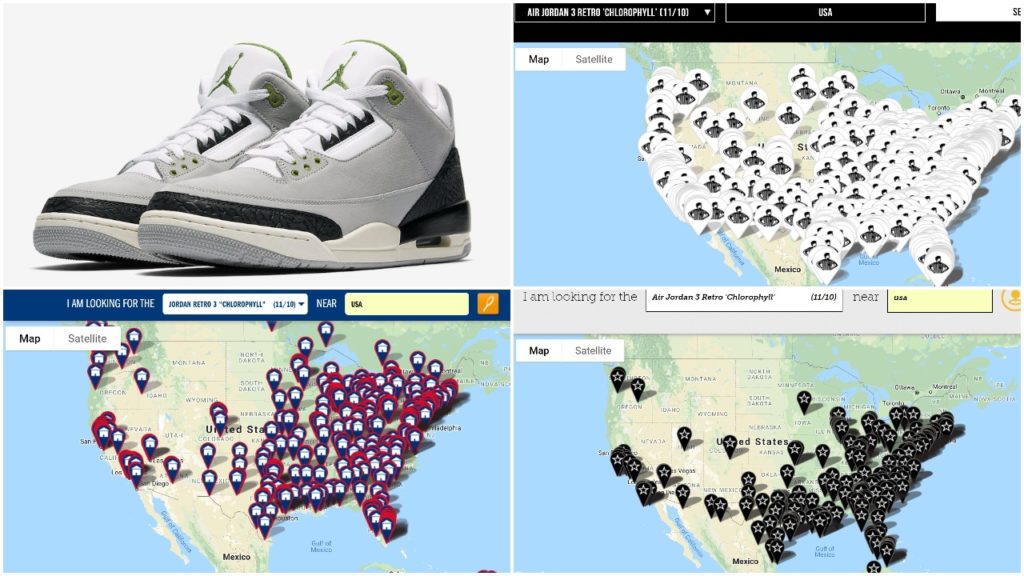 This past Saturday, the Air Jordan 5 Satin came out and as predicted the shoe is taking up the already scarce space on retailers’s shelves. As I type this , its value  has already decreased and can be fetched on eBay below retail ( $189.95 with no tax added). The Air Jordan 3 Chlorophyll is the next GR in line for Saturday November the 10th and I can guarantee you that it will be one of the worse commodities for retailers to have. Why am I saying that? They can already be purchased on eBay for $164.95 ( yes you heard me $164.95) basically 11% below retail and they haven’t officially dropped yet. It’s a great situation for the consumer but a nightmare for retailers who continue to suffer. Most major and minor retailers are now heavily relying on cash customers but Amazon and other third party marketplaces are developing ways to acquire those buyers too and when that happens, retailers will be in a far worse condition.

At this point it is utterly useless for me to determine the amount of pairs produced but I must keep the tradition so let’s do it. A minor retailer already told me that his location was given about 30 pairs, that alone is enough to tell me that major retailers will probably be allocated between 30 and 48 pairs. With that said, let’s consider the following assumptions

I always want to point out that all these projections are purely based on assumptions so take them with a grain of salt. These are just done to give you a vivid picture of what is taking place in the sneaker market.