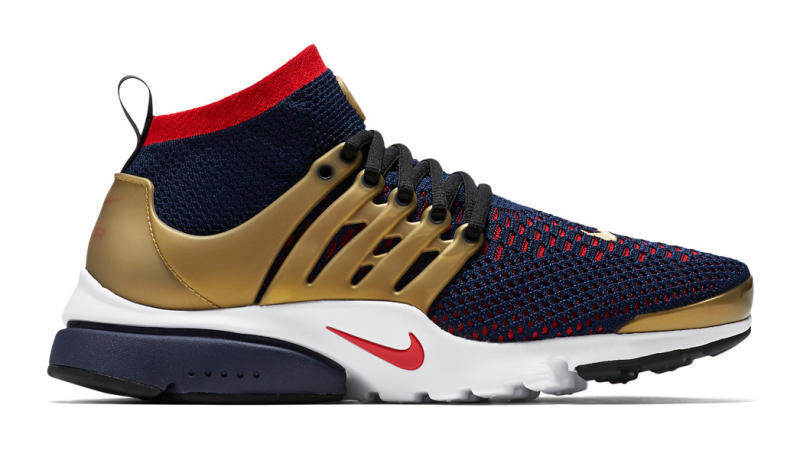 The Air Presto UltrA Flyknit Olympic is intended to commemorate the 2016 Rio Summer Olympic celebration; the air presto model was released originally in 2000 and was created to serve as a kind of T shirt to the foot. It has breathable and flexible sock like elastic upper. This current release of the Air Presto Ultra Flyknit comes with a little change ( formitting flyknit for ulra lightweight and comfort). They  feature a college navy Flyknit-woven upper with a comet red underlay, metallic gold TPU, metallic gold and comet red accents, and a white, comet red and navy outsole.

Available For purchase on Ebay  BUY IT NOW $214