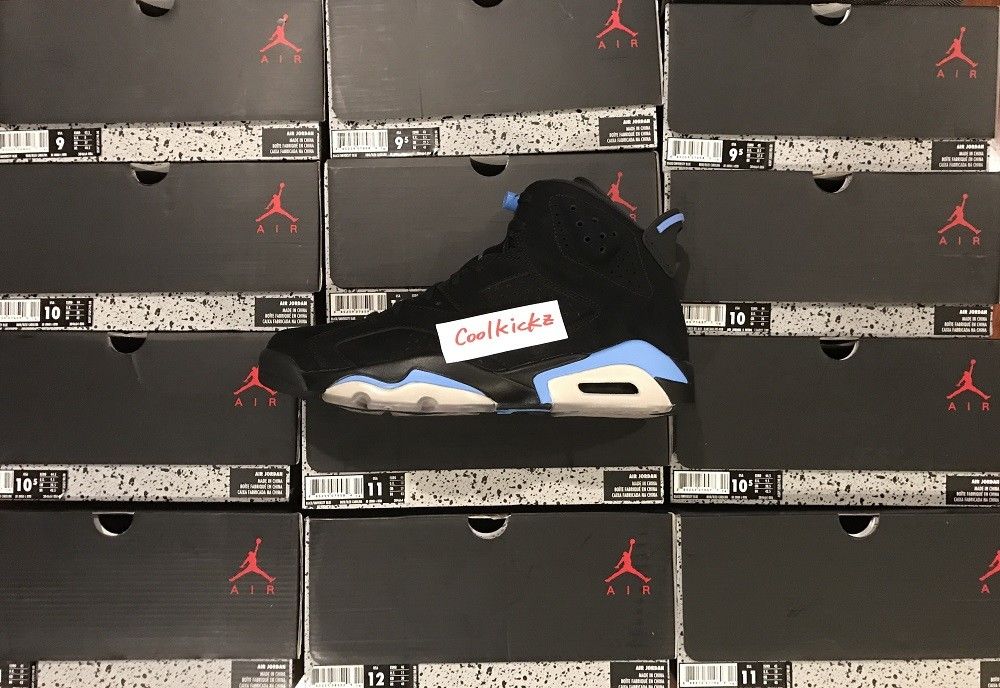 The Air Jordan 6 UNC Black Carolina Blue is up for grabs now; The shoes come in a black suede upper combination with carolina blue  highlights on the midsole, tongue and back tab referencing MJ’s time at the University of North Carolina. They feature a premium nubuck/suede leather upper with perforations on the panels for ventilation purposes. The midsole  is equipped with visible air units at heel and encapsulated air units  in the forefoot area for cushioning purposes.

You can buy the shoes now on eBay for retail and below from our featured sellers, see listings below

HISTORY OF THE JORDAN 6:

As a young teenager growing up in North Carolina, Michael Jordan was nicknamed the “Black Cat”; the nickname later became the inspiration behind Tinker Hatfield’s Air Jordan 13 design in 1997. MJ became later known as the black cat for his cat- like his fierceness on the court, and his ability to float in the air.

The manufactuer’s features are as follows: