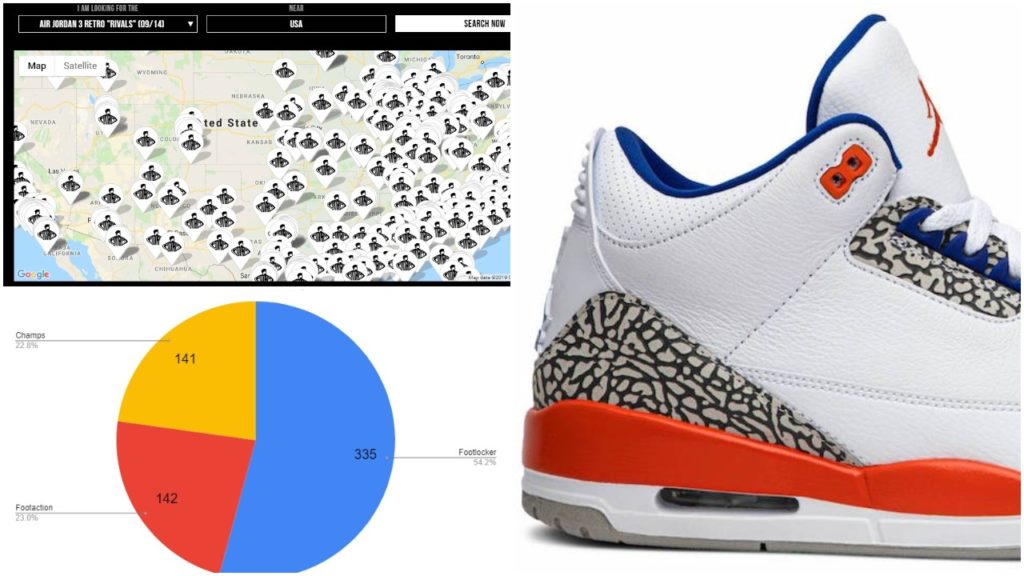 The Air Jordan 3 Knicks will officially release on September the 14th and I initially I thought that the shoe was going be limited. A quick glimpse on third party marketplaces was enough to show that retailers might be in for another rough week end. I’ll show you my findings further down; one thing we can all be clear about is the fact that the sneaker will be easy to get. I took a look at several retailers’s release calendar and nearly all major and minor chains will carry the shoes upon release date. Since Footlocker & its derivatives ( Footaction and Champs) provide the most information  to work with, I’ll continue to lean on their data to come up with my estimates. 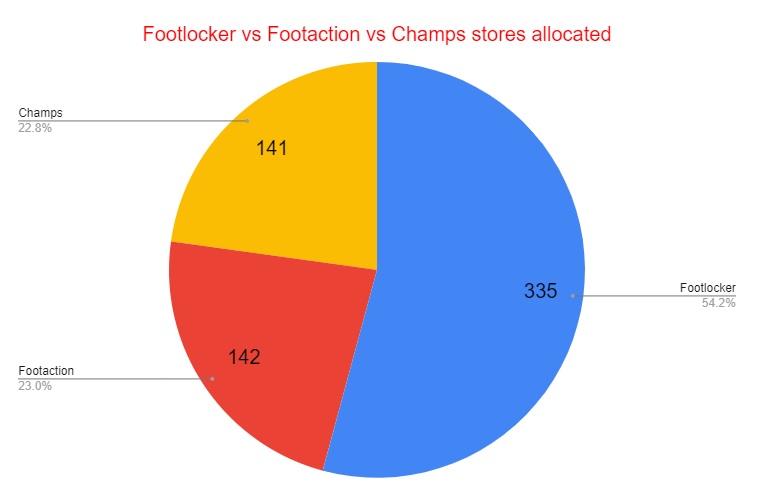 I included the chart above to give you a better illustration of what the map revealed. I had to go through the brutal task of inserting each “state” in the locator’s search box to check the number of stores confirmed. I’m saying this to say that as confident as I am about my findings, there could be some errors due to the inaccuracy of the locator ( so take everything with a grain of salt). Now let’s set up our assumptions and make our predictions:

2. Their online locations will receive about 1/4 of the inventory the stores are getting.

2. .Eastbay will receive about a 1/4 of the number all three online locations are receiving

.Each physical location will receive an average of 18 pairs ( 18 since some House of hoops may receive close to 70 pairs so I need a solid average for the sake of sanity)

StockX’s average is about $210 and the platform has recorded the highest number of sales ( 24) and it makes perfect sense. 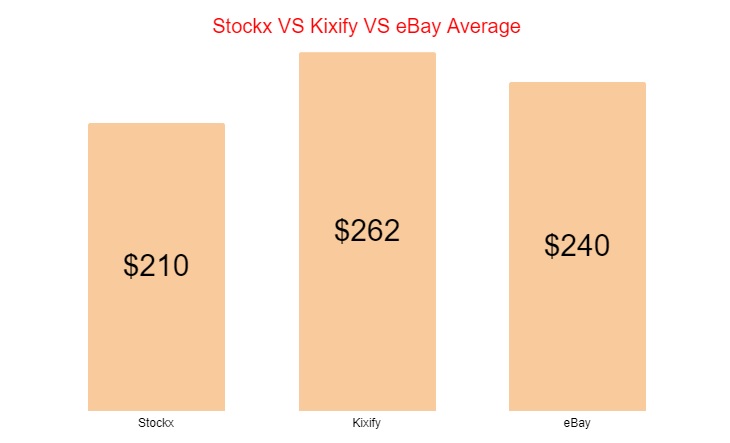 StockX has the lowest average sale value but also the highest number of sales recorded ( 24). Kixify has the highest average sale value at $262 with 13 sales recorded. eBay comes in last with the lowest number of sales recorded and an average sale value of $240,. Logic says that one is better off selling this shoe on Kixify. But common sense says stay away from it because stockX has proven to be the primary destination for folks when it comes to high end sneakers. The shoe has a retail value of $190 before tax; if you reside in Maryland you’d be paying about $201.5 after tax. And with an average value of $210, you will be at a deficit so the verdict is- DON’T BUY TO FLIP. And for retailers, I’m concluding that it will be another rough week end. Third party marketplaces are not only recording very insignificant sales but the shoe is also available already below retail at $195 via stockX,

PRODUCT PICTURE/ INFORMATION AND WHERE TO BUY? 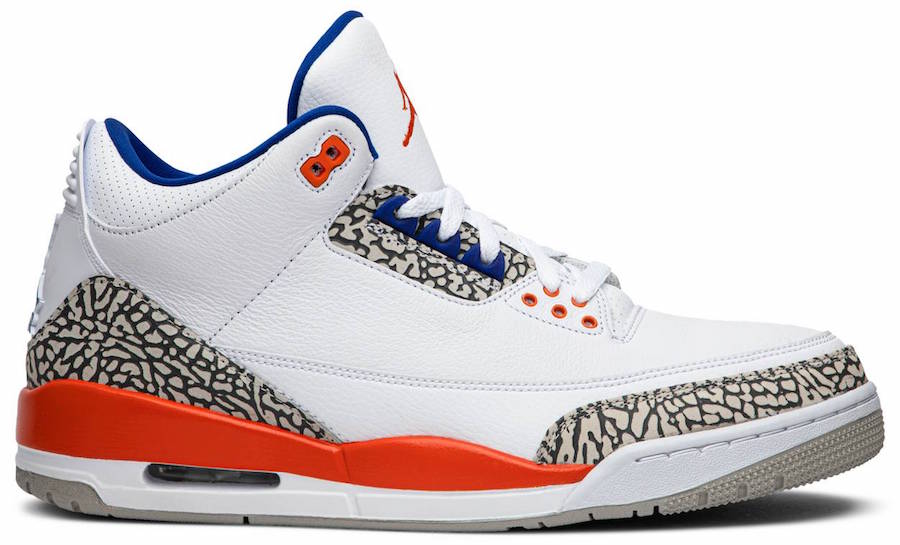