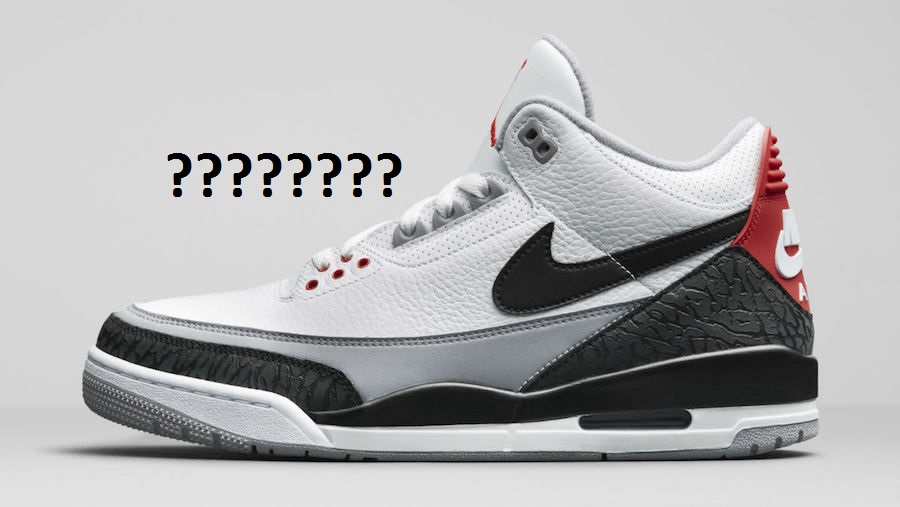 The Air Jordan 3 III Tinker NRG is coming out officially on March the 24th and I’m sure folks are anxious to know how many pairs of the model Nike has made. It’s not going to be an easy task to do because they are only going to be available via Nike, and the brand hasn’t disclosed any information concerning the number of units produced. All we know is that they are limited; like I said before, I’m a mathematician and statistics is a subdivision of mathematics that deal with this type of problems. I’ll attempt to make a prediction on the number of pairs of the Air Jordan 3 III Tinker NRG made with the following assumptions.

Past To Predict The Future

The closest shoes to the Tinker 3 that released recently is Justin Timberlake’s Jordan 3. It’s fair to say that Nike will probably manufacture the same amount of these two models since they are very similar ( they both feature the swoosh on the panel and are limited). So if we can figure out the amount of Timberlake’s 3’s made then we can make a bold prediction about the number of Tinker’s 3’s made. And to do that I’ll lean on data collected from third partY marketplaces.

I made an assumption a few months ago that I think to be very valid. Basically since I was a reseller  myself I came up with the conjecture that sneakers sold on third party marketplaces represent about 1/3 of the total number of units produced. But this morning, as I was writing this post , I changed that number to 1/5 (it’s more feasible). For example if 1000 pairs of a certain model are currently being sold on third party marketplaces ( a week after they are released), then it means that 5000 pairs in total were made. The biggest challenge now is: Which third party marketplaces should be considered? In our case, since we’re talking about a limited commodity, we’ll stick to eBay, Amazon, StockX, Kixify, and maybe consider a few other websites.

This is the hardest part of the process especially when it comes to collecting data on eBay. The shoes are called the Air Jordan 3 JTH Super Bowl Justin Timberlake ( with the style# AQ3835-160). I had to use these keywords separately, the results are below:

To find the grand total we will just all the numbers and we get:

Using our initial assumption, to find the total number of pairs made we’ll do the following

Again, these are just predictions based on assumptions I made. I checked the current market value of the Timberlake 3’s and it was almost $1000 but the Tinker 3’s value is currently $800 so I’ll assume that more pairs of these were produced ( maybe 400 more).

So in conclusion the total number of the Air Jordan 3 III Tinker NRG is 3000. Take this with a grain of salt and do your own homework.

WHERE TO BUY THE SHOES?