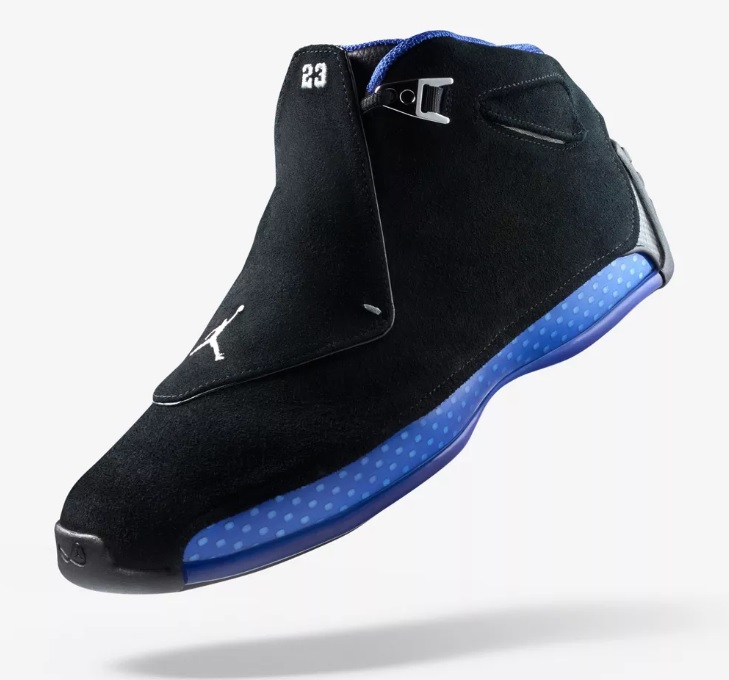 I owned three pairs of the Air Jordan 18 XVIII Black Sport Royal, yes that’s right three pairs , that’s how much I delighted in this particular colorway. My job today is to figure out how many possible pairs of the shoes Nike has produced. The first thing to note is that only minor retailers have been allocated an inventory of the 18’s so far. Five colorways have have been released since the year began and out of the those fives, only one of the iteration was an original one, the white and royal 18. I wrote a post about the number of pairs of the white and royal 18’s made and I came up with 35,000 pairs. I think that was a bit too much and I believe since we are in 2018 Nike might have only made 18,000 pairs of both OG models. But If I’m Nike, it will make  sense to make more pairs  of the black and royal iteration in keeping with the Edit To Amplify ( black colorways sell better). But let’s be more objective this morning and leaning a bit of mathematics to come up with a more credible estimate. We first need to get a count of boutiques and retailers that have been given an inventory. The only places I know of are KicksUSa/Ubiq, Ruvilla/DTLR, Shoe Palace, Shoe City ( not so sure), Eblens ( not so sure),Nice Kicks and that’s pretty much it. I think Nike will give each of the stores above the same amount of shoe, so if we can figure out how many one store is getting we can come up with a better estimate. The only place that provides enough data to work with is KicksUS/Ubiq ( same company). 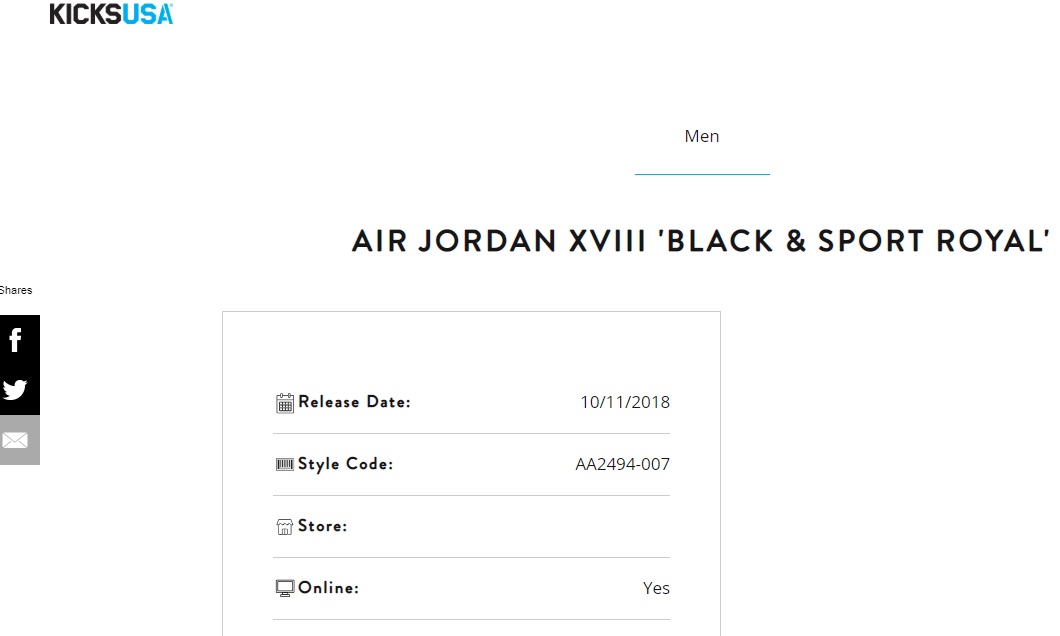 The screenshot above shows you that the shoes will be available on KicksUSa online store and we can conclude from that that UBiq online store will also have it.

There are only three KicksUSA physical stores that will be allocated an inventory, and UBIQ only has three stores nationwide. So our next move is to figure out how many pairs each of these stores is going to get. I’ll set the number of pairs per store at 60. Now let’s make some other assumptions:

. KicksUSA online and Ubiq online will get the same amount the physical locations are getting

.Nike will get about about 2/3 of the total inventory produced while the minor retailers receive only 1/3

The only problem is that I might have missed some boutiques so take everything with a grain of salt and do your own homework.

WHAT DOES THE INFLATION SAY?

When the black and royal 18’s released in 2003 the cost was $175 but let’s not forget that it included several accessories (slide out box, towel, a booklet and a brush to keep the suede clean). According to the CPI inflation calculator, the shoes ought to be priced at $242.85 so the $225 is pretty fair. I guess Nike can justify not including any extra accessories.

BUY IT NOW VIA JIMMYJAZZ