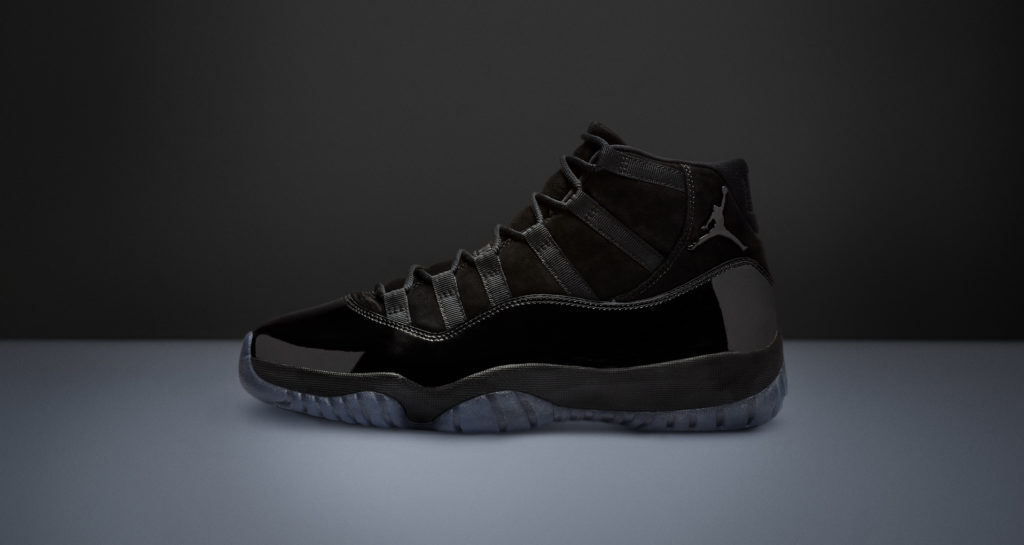 I already wrote two posts expressing my issue with the ridiculous $250 price tag on the Air Jordan 11 Cap And Gown, see post below

Let’s now figure out how many pairs were produced by using my usual assumptions:

.Footlocker and its derivatives ( FTA,Champs and Eastbay) receive about 1/4 of the total inventory

.Each HOH location will be allocated about 18 pairs

.Footlocker online will probably receive half of the inventory the physical locations are given

I counted a total of 170 Footlocker stores ( probably HOH ) that are allocated an inventory. And since I’m assuming that each receives an average of 18 pairs, we end up with:

I’m also going to assume that FTA,Champs and Eastbay will receive about half of what Footlocker is given so

The grand total coming from Footlocker and its derivatives is therefore= 5000 +2500=7500. And since we agreed that this makes up 1/4 of the total inventory, then the estimated number of the Air Jordan 11 Cap and Gown produced is,

Next, we’ll check the shoes current market value and see if it is consistent with the number of pairs produced ( basically if the third party market value is very high, it automatically means that the shoes were limited so the 30,000 estimate sounds plausible).

eBay’s records already report 235 sales but some of the prices seem too good to be true. Obviously you know what this means- there are tons of fakes already being sold on eBay so I’ll not consider any sales originating from sellers with low feedbacks, and any shoe sold for $300 or less will be disregarded as well ( remember the retail price before tax is $250). With that said, I counted about 29 legitimate sales ranging from $340 to $419 and with that said, the average price came to:

You can go on eBay yourself and run your own numbers. StockX also recorded many sales ranging from $318 to $360, see screenshot below

The shoes will definitely sell out but I’m surprised that they aren’t selling for more than $360 ( which is a good thing). I think I was being too generous with the 30000 pairs estimate. I’m thinking that most HOH will probably receive 36 pairs and if that’s the case we end up with 60000 pairs in total. I don’t think the market value will go up upon release date, it will stay constant. Check below for the list of stockists.

Refer to our list of legitimate eBay sellers below as well.