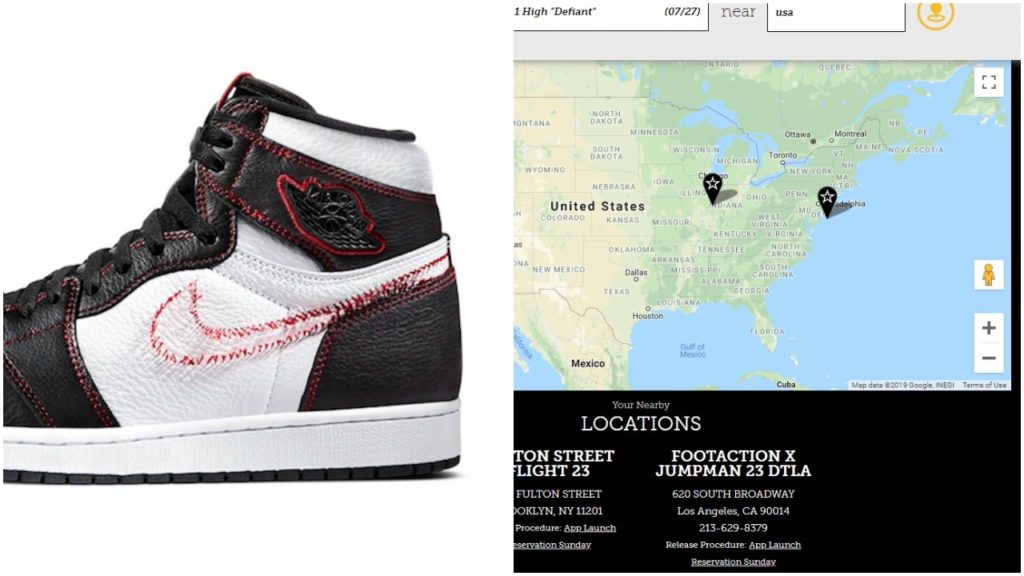 The Air Jordan 1 High Defiant OG is definitely extremely limited; I was trying to gather a bit of intel on the stockists for the shoe and only came up with a limited number of confirmed retailers. As a matter of fact beside Nike, the only other store carrying the Defiant 1 is one member of the Footlocker’s family i.e. Footaction. So I’m concluding that numbers are going to be very small. Let’s set some assumptions and see what we can come up with.

Major Retailers: Nike and Footaction ( online and in stores via reservation app).

As you can see , only three Footaction stores will be carrying the Jordan 1 Defiant on July the 27th and i’m also assuming that the online store will be selling them as well. Now the hardest task is to figure out how many pairs each of the three confirmed stores are going to receive.

. Footaction will receive about 1/4 of the total inventory produced for North America

.Each Footaction store will receive about a 100 pairs

.Footaction ( online) will receive the same number the stores are given

and the total for North America based on my assumption will be:

PS: I could be and probably am totally because of the lack of data but I’ll stick to these numbers because StockX’s only recorded two sales so far which confirms to some extent that the shoe is really limited.

There is really not that much information available, as you can see from the screenshot above, StockX only recorded 2 sales at an average price of $209. This information isn’t sufficient enough to make a bold claim on what the market value will be. So I’ll let you make your own subjective decisions.