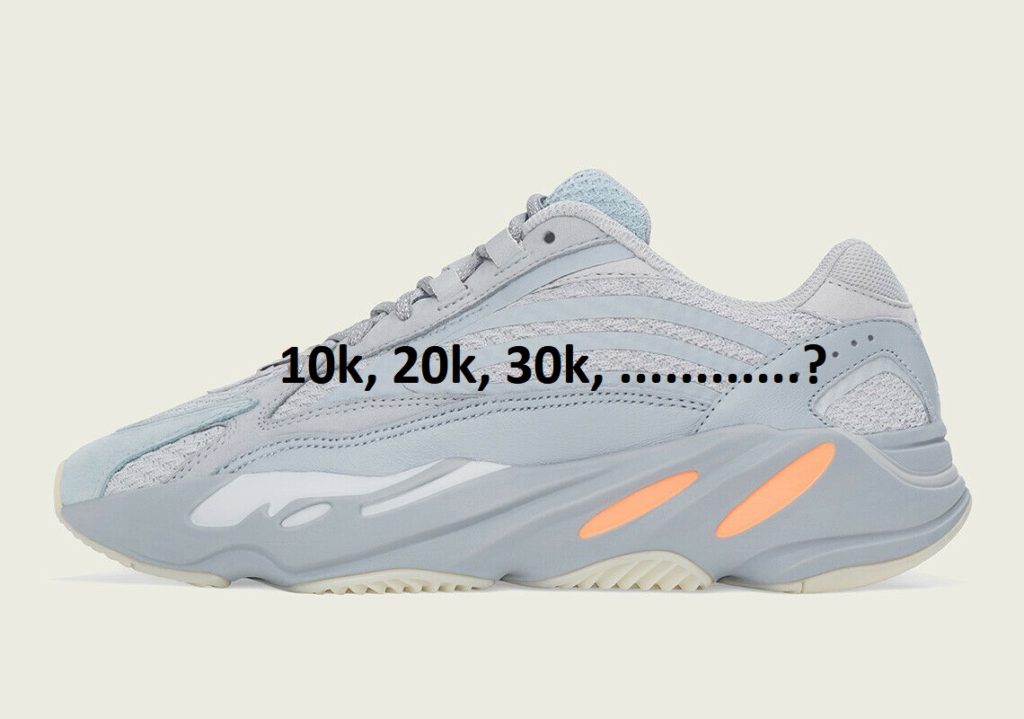 The first version of the Adidas Yeezy 700 inertia released at the end of March and I projected a total number of 26580 pairs made, you can read my post below

Adidas Yeezy Boost 700 Inertia| How Many Pairs Made & Should You Cop To Flip?

The shoe was obviously a success via retail and consequently Adidas has decided to release its second edition, the Adidas Yeezy 700 V2 Inertia. I’m assuming that Adidas will drop either the same amount of units of this version or a little more. I didn’t get a chance to really collect any data to write an extensive post. If you have 120 mn at your disposal and if this type of prediction excites you, then I’ll encourage you to write down the assumptions below and run your own numbers

1.Most stores will be receiving a total of 60 pairs (this estimate is based on my previous posts)

2. Check out the  Adidas store finder section ( the objective is to see how many stores are allocated and the last step would be multiplying the number of stores by the the number pairs per store, and there you have it).

PRODUCT INFORMATION/ WHERE TO BUY