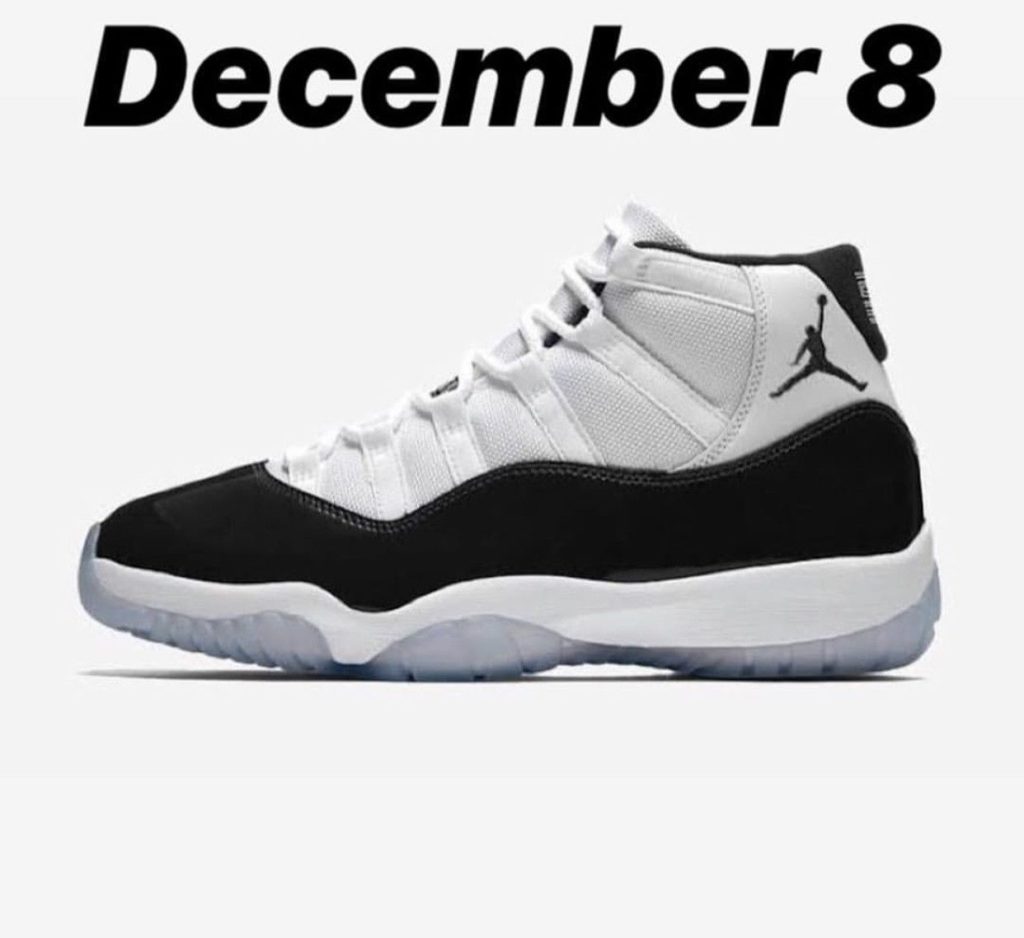 I wrote a post about the possible number of pairs of the Jordan 11 Concord that could be made and I came up with an average 1.6 million made, see post below

The Air Jordan 11 concord is probably the most coveted shoe in the Jordan line and the 2011 release proved it. That shoe was at the root of several riots in malls and it completely changed the landscape of sneaker releases. This upcoming pair is going to reveal the current status of the Jordan retros based on how it performs on both the retail and the third party market. I was interested in investigating the shoe’s current resale value in third party marketplaces and the findings were interesting. I will start with eBay because their data is always verifiable.

Once again, I’m only using data collected from trusted sellers, you can see verify the information by checking eBay yourself Here are my findings:

I want to add a five number summary because of the existence of outliers. I came up with the summary below: 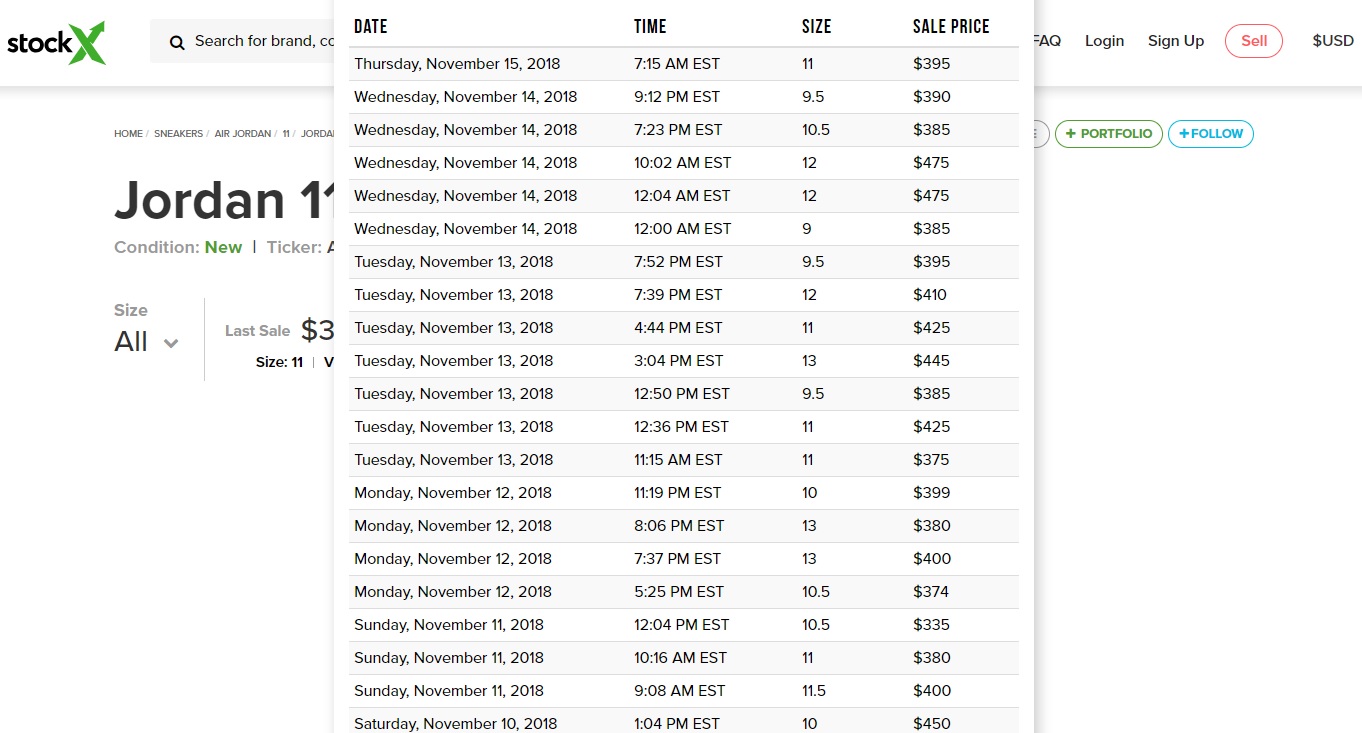 Based on StockX’s record , the average price is $407 and based on eBay the average was $313. So if you are a seller your better option is obviously StockX for reasons that we already know- the company has created a system that ensures that buyers are only sold authentic sneakers ( and the buyer is given an authentication card). I wrote about how replicas now come with StockX authentication tags, see post below

So we have two different sets of data giving us two different results so you can make up your mind about the current market value of the Air Jordan 11 concord. I’m pretty confident that Nike made more than a 1 million pairs  and if that’s the case, I believe the market value will drop by 10% to 15%  once the shoe officially releases. I think  2011 is still ringing in many people’s ears and consequently they are willing to pay the ridiculous resale price we’ve seen above. The Space jam current resale value ($285+) is enough to tell me that as coveted as the  Concord 11 is, folks shouldn’t expect to make any home runs reselling it. They still have a high resale value now, and there will still be rooms to make some profit, but Nike is looking to capitalize on it so there will be a substantial amount available for those that really want a pair.

You can buy the shoes now from our featured sellers, see listings below