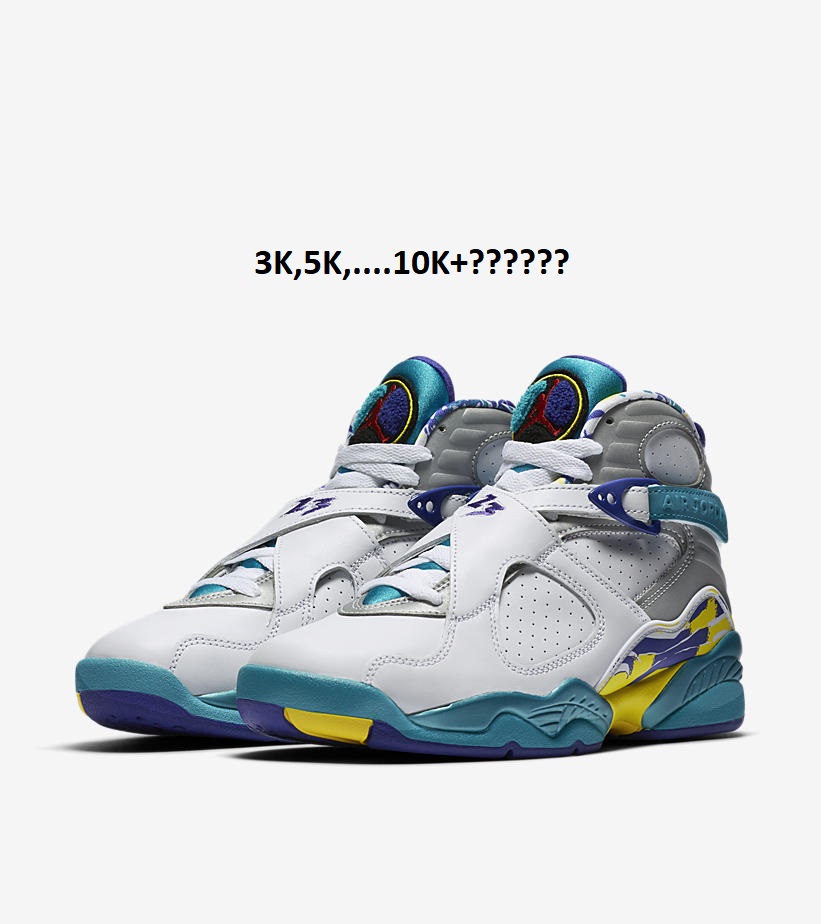 The Women’s Air Jordan 8 Aqua originally released in 2007 and is making its first return after 12 years. Nike is releasing the sneaker in extended sizes so men’s with relatively small feet will be able to add this to their collection as well. The brand is charging $190 for this shoe and the justification is this increase in price is the extended sizes of course. When the shoe originally released in 2007 , the cost was  $140; let’s quickly  if the $190 price tag is consistent with the changes caused by the inflation. According to the cpi calculator, the shoe ought to cost about $177.12 ( let say $180) so the consumer is basically paying $10 more than expected. With that said, let’s try to figure out how many pairs might’ve been possibly produced.

Major Retailers: Nike, Finishline and Hibbett -in stores and online

I might have missed a few more minor retailers but the ones listed above are enough to make a believable projection. Now let’s set our assumptions,

. Minor retailers are going to get about 1/4 of the entire inventory

.Each minor retailer will receive the same amount of shoes for their physical locations

.Each minor retailer will also receive the same amount of shoes for their online stores

.The online allocation will make up about 1/3 of the entire inventory given to each minor retailer

.Each minor retailer will receive about 18 pairs per store 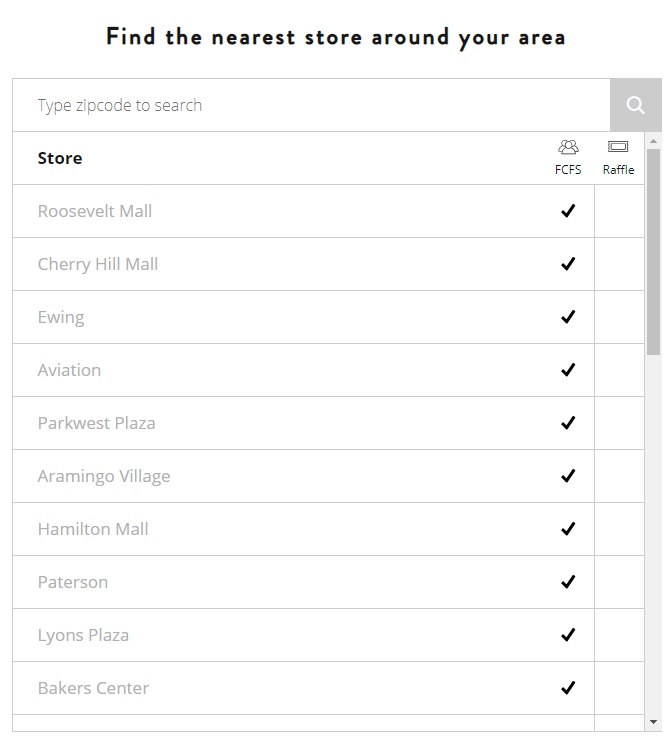 I counted about 30 KicksUSA stores hence KicksUSA allocation will be:

I counted five additional minor retailers so their inventory together will be:

Now we also have to include the online stores’s allocation. Since 4 out of the 6 minor retailers are going to be releasing the shoe online as well, the additional inventory will be:

Since we assumed that minor retailers were only receiving 1/4 of the entire production, the

MARKET VALUE & SHOULD YOU BUY TO FLIP?

The picture is very grim as you can see, no sales on eBay and only 12 sales recorded on StockX , and this is 5 days before the official release date of the sneaker. Bigger sizes are selling for more and I can’t tell you why that’s the case. So if you ask me whether you should buy to flip or not, I’ll answer with ” stay as far as you can from this shoe”. I’m expecting the Women’s Aqua 8 to collect a bit of dust on retailers’s shelves.